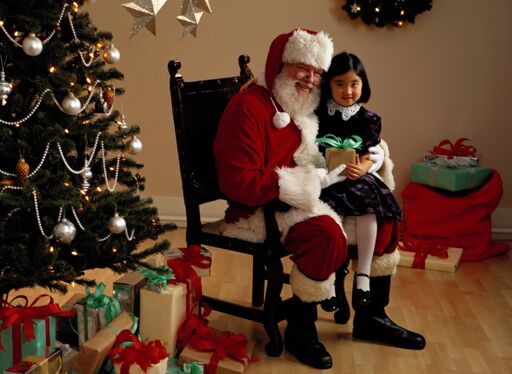 Many professing Christians are indignantly insisting that people stop de-Christifying the celebration of Christmas in the name of political correctness. Are they even aware of this holiday’s decidedly non-Christian origins?

The traditions surrounding Christmas stir warm feelings in the hearts of many—young and old alike—all over the Earth. Families come together. Shoppers go into a frenzy. Children await the day they’ll receive their presents. There is no other time quite like it.

The attachment people feel to these days isn’t surprising. After all, these traditions have been going on for hundreds of generations. Consider the following description in the Bible: “[F]or one cutteth a tree out of the forest, the work of the hands of the workman, with the axe. They deck it with silver and with gold; they fasten it with nails and with hammers, that it move not” (Jeremiah 10:3-4). That description, clearly describing a Christmas tree, was recorded in the book of Jeremiah hundreds of years before the birth of Christ.

But consider the opening of verse 3: “For the customs of the people are vain.” Vain? This couldn’t be talking about Christmas, could it?

What does God think of Christmas? Rest assured, He is very interested in this holiday and its yearly celebration.

Most people simply follow the customs of their family, region or nation without knowing where those customs originated or why they are kept. Most never ask about the origins of Christmas, why people exchange presents on this day, or even whether this holiday really represents the birth of Jesus Christ, after whom it is named.

Does the Almighty God command its observance? If not, does He forbid that we partake in it?

Let us obtain the true facts about Christmas.

The date of December 25 is widely associated with the birth of Jesus Christ. But is this really the correct date of His birth?

When Jesus Christ was born, “there were in the same country shepherds abiding in the field, keeping watch over their flock by night” (Luke 2:8). December is in the midst of a cold, rainy season in Judaea. The shepherds always brought their flocks in from the fields and mountains to be corralled by mid-October at the latest, for their protection. Song of Solomon 2:11 and Ezra 10:9 and 13 show that winter was a rainy season, thus confirming that the shepherds would not have been in open fields on December 25.

Why then would Christ’s birth be celebrated on this day? The Encyclopedia Britannica states, “The reason why Christmas came to be celebrated on December 25 remains uncertain, but most probably the reason is that early Christians wished the date to coincide with the pagan Roman festival marking the ‘birthday of the unconquered sun.’”

In addition, the Catholic Encyclopedia makes many startling admissions. Here are just a few:

“Christmas was not among the earliest festivals of the church ….” That’s right—Christmas was not instituted by Jesus Christ, nor was it observed by any of the apostles personally instructed by Christ.

In fact, we are told that “The word for Christmas in late Old English is Cristes Maesse, the Mass of Christ, first found in 1038.” That is 1,000 years after the death of Christ.

“The first evidence of the feast is from Egypt” (not Jerusalem). About a.d. 200 Egyptian theologians began celebrating the birth of Christ on the 25th of Pachon, which corresponds to May 20 on our calendar.

The truth is, the early Christians did not observe birthdays—not even Christ’s birth. The Christian theologian Origen (a.d. 185-232) asserts, “[I]n the Scriptures sinners alone, not saints, celebrate their birthday.”

As you can see, secular and Catholic history shows that, originally, Christmas was definitely not about celebrating the birth of Jesus Christ. In order to find the true origins of Christmas and the traditions surrounding it, we must look back even further to another historical source: the one true source of living knowledge—the Holy Bible.

Jesus Christ was not born on December 25. But this date is not without origin. It can be traced back to Genesis and a man named Nimrod.

Nimrod, grandson of Ham and son of Cush, was the founder of a great false religious system that has always opposed the truths of God. Genesis 10:8 says that Nimrod “began to be a mighty one [or tyrant] in the earth.” He set out to conquer and exploit other people by forming the first “kingdom” on Earth at Babylon in Shinar (verse 10). Nimrod also built the infamous tower of Babel (Genesis 11:1-9).

Nimrod rebelled before God in everything he did, but especially in the establishment of a great false religion. Nimrod not only wanted to lead his people, he wanted to be worshiped by them. It is said that he married his own mother, Semiramis. She became known as the “queen of heaven” and Nimrod as the “divine son of heaven.” He claimed to be the “savior” of all mankind and came to be worshiped as their messiah—their great deliverer. The problem was, he was attempting to save man from God, not from their sins! Nimrod was an outspoken rebel against all that God stood for, and, the Jewish historian Josephus reported, he taught the multitudes that it was “cowardice to submit to God.”

While Nimrod was alive he put himself in the place of God, and when he died Semiramis saw to it that he was still worshiped as a divine hero and given the name Baal, which means master, or lord. That is the name of the false god found throughout much of the Old Testament.

Shortly after Nimrod’s untimely death, Semiramis gave birth to an illegitimate child, which she claimed was begotten by a “spirit” as a rebirth of Nimrod. This “mother and child” soon became the chief objects of worship throughout the world. There are many versions of this story, one for each nation and tongue as they were scattered from Babel by God, but whether they worshiped the mother and child under the Egyptian names of Isis and Horus, or the Roman names of Venus and Jupiter, or under the eventual Christian names of the “Virgin Mary” and the “Christ child,” it was the same old Babylonian religion. Even in China, Japan and Tibet, the counterpart of the Madonna and child were worshiped long before the birth of Christ. Every Christmas season you will hear many hymns such as “Silent Night” having this age-old mother-and-child theme, though there is no biblical admonition to worship Mary, Jesus’s mother.

Semiramis also claimed that a full-grown evergreen tree sprang up overnight from a dead stump, symbolizing the new life of Nimrod. She claimed that Nimrod would visit the evergreen tree and leave gifts on each anniversary of his birth, which happens to be on December 25. This is the true origin of the Christmas tree, and the history behind the gifts people place there to this day. This is why the Prophet Jeremiah knew of the “Christmas tree” so long before Jesus Christ was ever born.

Again we witness the remnants of a custom established centuries before the birth of Christ, yet promoted into Christianity with no scriptural instruction to do so.

During the time of the Roman Empire, for hundreds of years prior to “Christianity” coming into the mainstream of Western culture, pagan festivals were celebrated. “In the Roman world the Saturnalia (December 17-23) was a time of merrymaking and exchange of gifts. December 25 was also regarded as the birth date of the Iranian mystery god Mithra, the Sun of Righteousness. On the Roman New Year (January 1), houses were decorated with greenery and lights, and gifts were given to children and the poor. To these observances were added the German and Celtic Yule rites when the Teutonic tribes penetrated into Gaul, Britain and central Europe. Food and good fellowship, the Yule log and Yule cakes, greenery and fir trees, and gifts and greetings all commemorated different aspects of this festive season” (Encyclopedia Britannica).

Is it coincidence that these customs are so closely associated with Christmas to this day?

We need to understand that every one of the pagan customs that now pollutes mainstream Christianity began out of deliberate rebellion against the Creator God, the same Being who came to this Earth to educate us with the truth and save us out of our deception and our sin.

Christmas is a pagan festival. That is absolute fact. Research any Christmas custom and you can quickly discover the pagan origin. Some people take offense when these things are pointed out, but God commands His faithful Church to proclaim such things (Isaiah 58:1).

Yet those Christians who know these pagan origins are quick to respond, “But we do not worship any pagan sun-god today! We are simply honoring the birth of Jesus Christ.”

How does God answer such reasoning? Aside from the fact that God does not command Christmas, aside from the fact that Christ wasn’t born on December 25 and that its customs are steeped in paganism, does it matter if we keep Christmas for the “right” reasons? “Take heed that you be not ensnared to follow them [the pagans and their customs] and that you do not inquire about their gods, saying, ‘How did these nations serve their gods?—that I also may do likewise.’ You shall not do so to the Lord your God; for every abominable thing which the Lord hates they have done for their gods” (Deuteronomy 12:30-31, Revised Standard Version).

Popular opinion should not prevent individuals who know the truth from turning away from a festival season steeped in paganism. Jesus said that, in order to be His disciples, there would be times when we would need to forsake the desires of our family and friends and follow Him (Luke 14:26-27).

God does give us a command to memorialize Jesus Christ: He commands us to observe the day of Christ’s death (1 Corinthians 11:24-27)—not His birth. God also commands that we keep other holy days, a listing of which can be found in Leviticus 23. If you want more information, we suggest reading online or requesting a free copy of our booklet Pagan Holidays—or God’s Holy Days—Which?