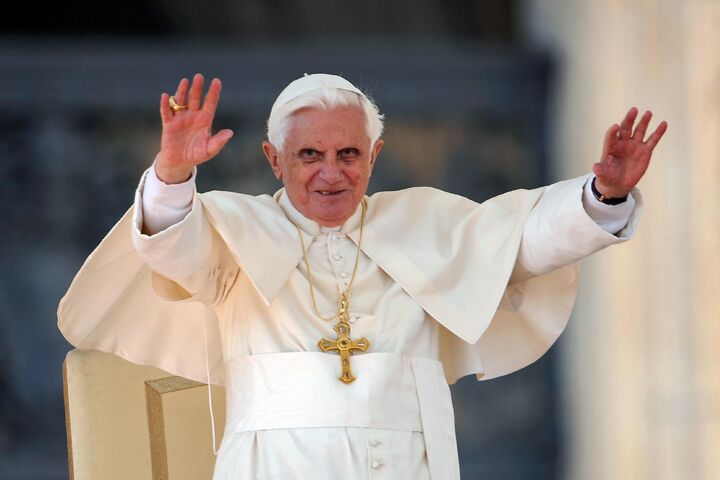 Germany and the Vatican are moving toward a financial new world order.

The American economic crisis has unleashed forces of political upheaval that are propelling both Germany and the Vatican to the forefront of world affairs.

Recent developments reveal that Germany is seeking to rally all Europe under Teutonic leadership in order to replace the United States as the world’s sole financial superpower. Meanwhile, the Vatican is seeking to establish itself as the guiding force behind this forming European Empire. By working together, these two entities are furthering their respective goals.

German politicians have been especially vocal in putting the blame for the current economic upheaval squarely on the U.S. and on the shortcomings of U.S.-style capitalism. Chancellor Angela Merkel said it was the U.S. and British failure to listen to Germany that allowed the banking sector to get out of hand. According to German Finance Minister Peer Steinbrueck, another system, one that will make the world multipolar, is needed.

Meanwhile, European Council President Nicolas Sarkozy went so far as to declare the American economic system dead. Following this declaration, he proposed a special conference be convened to rebuild the entire global financial and monetary system from the bottom up, the way it was done at Bretton Woods after World War ii.

As the financial crisis intensifies, Germany is specifically disassociating itself from the U.S. epicenter in an effort to present itself as a credible economic alternative. But if Europe is to be a viable alternative to the U.S-centric system, a truly integrated Europe, with a truly united economic policy, needs to be presented. And Germany is letting its European allies know that, as the world’s largest goods exporter and the paymaster of Europe, it stands ready to lead the eurozone to superpower status should such a unified economy be established.

But it will take more than the desire to replace the U.S. as global leader to forge Europe’s individual economies into one over-arching monetary and political system. The only way the various cultures and nationalities in Europe could possibly be united is through common ideology.

Pope Benedict xvi and his Vatican hierarchy recognize this fact. They are eyeing this economic crisis as an opportunity to establish Catholicism as the guiding force behind this forming European superpower.

“Politics needs religion,” Vatican Secretary of State Cardinal Tarcisio Bertone said on September 30 in a speech published by Vatican mouthpiece L’Osservatore Romano. “When instead God is ignored, the ability to respect rights and recognize the common good begins to disappear.” The prelate went on to claim the current financial crisis was a result of a lack of Christian values in global politics.

Bertone’s comments followed a similar admonishment by the secretary of the Pontifical Council for Justice and Peace, Giampaolo Crepaldi, who called for Catholics to take a more active role in politics and stop leaving “God in the pew.” Such comments are backed by the pope, who noted on October 6 that the collapse of major banks shows that money is “nothing” and that “only God’s words are a solid reality.”

The Vatican is putting forward its brand of religious teachings as the solution to the world’s financial woes.

First the Vatican embedded Catholic laity in labor movements, government bureaucracies and secret services across Europe. Now it is calling upon these same people to use their positions of influence to further the ambitions of the church. This is the pope’s strategy for transforming the Catholic Church into the guiding political ideology that will unite all Europe.

Soon Europe will be looking to the Vatican for political guidance and to Germany for economic leadership. This united European Empire will then be able to supplant ailing America’s global economic hegemony and emerge as the world’s sole financial superpower.

As shocking as these predictions may sound, they were all made some 2,000 years ago and recorded in your Bible.

Biblical passages like Revelation 17 reveal that a powerful religious entity will rise up in the end time and become the guiding force over a resurrected Holy Roman Empire. This powerful church-state combine is prophesied to be a great economic powerhouse that intoxicates all nations with its wealth and splendor. Revelation 18:3 says, “The merchants of the earth have become rich through the abundance of her luxury” (New King James Version).

Notice this verse does not say that only the merchants of Europe will profit from this new economic system. It says that “the merchants of the earth have become rich through the abundance of her luxury.” This Catholic-dominated European Empire is to establish a global financial system that will encompass the entire planet. After the dollar falls, the world is going to get a new reserve currency.

There is a dark side, however, to this coming financial system. Verses 12 and 13 of this same chapter specify the vast markets that this mighty empire in the north will trade in, including “slaves, and souls of men.” It will operate in the slave market just as Adolf Hitler’s Third Reich used slave labor to power its industrial complexes along the Ruhr River.

This church-state combine is prophesied to plunge the world into a new dark age.

Yet there is hope beyond the bad news. This same chapter also foretells that, after this empire has reigned only a short time, Christ will return to the Earth and smash this power to pieces. He will then establish His Kingdom on Earth, and this Kingdom will never be destroyed.

For more information on the future of Europe and the role it will play in the world’s financial markets, read our free booklet Germany and the Holy Roman Empire.