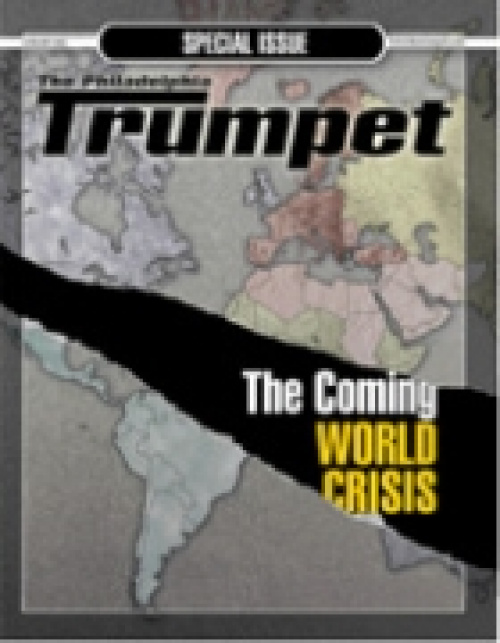 Great leaders of the past, like Winston Churchill, learned valuable lessons from history. They used those lessons to guide their nations safely.

Many of our modern leaders, however, learn very little from history. And we are about to pay the terrifying price.

Here are excerpts from a radio broadcast given May 9, 1945, when Herbert W. Armstrong warned of Germany’s post-war rise: “The war is over, in Europe—or is it? We need to wake up and realize that right now is the most dangerous moment in United States national history, instead of assuming we now have peace!

“We don’t understand German thoroughness. From the very start of World War ii, they have considered the possibility of losing this second round, as they did the first—and they have carefully, methodically planned, in such eventuality, the third round—World War iii! Hitler has lost. This round of war, in Europe, is over. And the Nazis have now gone underground. In France and Norway they learned how effectively an organized underground can hamper occupation and control of a country. Paris was liberated by the French underground—and Allied armies. Now a Nazi underground is methodically planned. They plan to come back and to win on the third try.

“The Bible foretells that third round—and it spells doom for us, as God’s punishment, because we, as a nation, have forsaken Him and His ways! The third round is termed, in prophecy, an invasion by ‘babylon’—a resurrected Roman Empire—a European Union. I have been proclaiming that since 1927. …

“Even at this conference, classes and races are demanding their ‘rights.’ This conference, and the United Nations Organization it is forming, must solve three problems to succeed. First, Big Three unity; second, the serious problem of what to do with Germany to prevent World War iii; and third, solve the world’s injustices against smaller nations, and the growth and tactics of Communism toward world domination. Can it succeed?”

In the London Times, February 6, 2000, Melanie Phillips said that Tony Blair’s government “is obsessed with ‘modernity’ and contemptuous of history and tradition” (emphasis mine). Former U.S. President Bill Clinton had the same contempt for history. It is a dangerous problem—the kind of thinking that destroys nations!

Bill Clinton, when he was president, totally ignored the 1945 United Nations warning. Many of our own citizens personally lived through that history. Even worse, Mr. Clinton actually pushed Germany into dominating Europe—the ultimate contempt for extremely recent history! (Please read my article on page 2, “Germany Rules the Balkans.”)

How utterly contemptuous Mr. Blair and Mr. Clinton have been of World War ii history that cost 50 million lives! Our nations are going to pay dearly for such dangerous contempt of history.

But the problem gets worse. Our religious leaders have forgotten our spiritual history. They don’t even know that America, Britain and the Jews in the Middle East are all a part of biblical Israel. The Israelites were the only people who ever had a history with God! (If you haven’t proved this for yourself, write for our free booklet The United States and Britain in Prophecy.)

As long as we reject our history, we will never accept Bible prophecy. That means God has to punish us as never before. The instrument God will use is rising quickly in Europe (Isa. 10:5-7). The plan is about to be implemented, unless we repent.