Are the nuclear warheads America is storing in Europe about to come under German control? 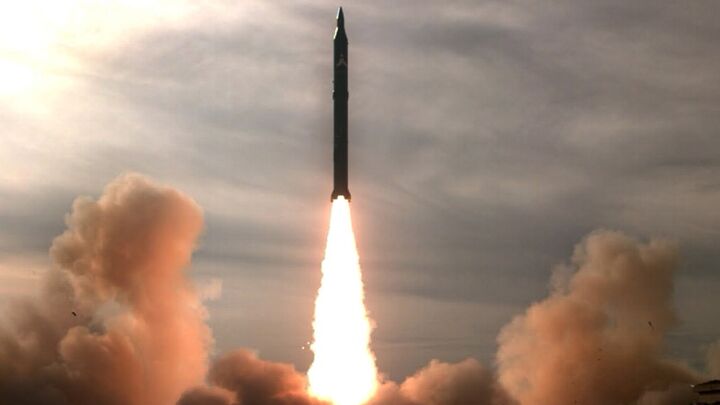 Are the nuclear warheads America is storing in Europe about to come under German control?

Germany has a nuclear arsenal that includes approximately 20 b61 nuclear bombs and around 130 other nuclear devices. Of course, the Germans do not actually own these nuclear weapons, but they do keep them and train their fighter pilots how to use them.

These weapons are part of the American nuclear arsenal in Europe. Washington currently has approximately 350 nuclear weapons scattered across Europe in Turkey, Italy, Belgium, the Netherlands and, of course, Germany.

The release of a confidential U.S. Air Force report in June claiming that U.S. nuclear weapons in Europe are not properly guarded by American security officials sparked a debate in Germany over whether or not these warheads should remain in Germany or be withdrawn. Amid fears that Islamic terrorists could pirate the fissionable material out of some of these bombs, several politicians from the Social Democratic Party and minor opposition parties called for the weapons to be removed to the United States. The ruling Christian Democratic Party and the German Defense Ministry affirmed, however, that they don’t want these nuclear weapons anywhere but where they are right now.

Christian Democrat foreign-policy spokesman Eckart von Klaeden says Germany’s strategy of nuclear deterrence must be preserved and that Germany cannot afford to relinquish nuclear weapons as long as there are nuclear weapons elsewhere in the world (Spiegel, June 23). These comments were echoed by German Deputy Defense Minister Thomas Kossendey in a speech he gave before the German parliament’s lower house in late June defending the strategic asset of American nukes in Germany.

German Defense Minister Franz Josef Jung went even further, saying he wants to keep both the nuclear weapons and several Tornado fighter jets (capable of dropping nuclear bombs) on reserve until at least 2020 for a possible nuclear war.

Comments like these echo remarks made two years ago by former German Defense Minister Rupert Scholz, who said that Germany needed to develop its own national nuclear arsenal as a security measure against terrorist-sponsoring states.

With Iran on the brink of attaining nuclear weapons—not to mention the possibility of nuclear technology falling into the hands of any of several independent terrorist groups—the threat of nuclear war is growing. Some German officials are clearly using this as a pretext for keeping America’s nuclear weapons within their reach—potentially making Germany a nuclear power in its own right.

Back in July of 1983, Plain Truth editor in chief Herbert W. Armstrong met with Dr. Otto von Habsburg, head of the 700-year-old House of Habsburg and visionary architect of today’s expanding European Union. Here is what Mr. Armstrong related in a July 24, 1983, co-worker letter regarding Dr. Habsburg’s views on European unification: “In my private meeting with him, Dr. Habsburg expressed disappointment that progress on the European reunification had moved so slowly. I expressed the conviction that some totally unexpected world-shocking event could occur suddenly at any time that would high-pressure European nations to go together overnight, adopting the constitution already prepared by the European Parliament. This Parliament, although without substantial power, is composed of leaders who are framing the constitution in advance. He mentioned that there are madmen such as [Libya’s] Qadhafi and [Iran’s] Khomeini who could pull off some startlingly unexpected international act that would press the panic button in Europe.”

If a terrorist-sponsoring nation such as Iran were to conduct a major terrorist strike against Germany or some other European state, the whole continent could unite overnight. That was Dr. Habsburg’s view on the issue. Today, several key members of Germany’s current government are saying they want to keep America’s nuclear weapons around for just such an eventuality.

The threat of Islamic terrorism and the problem of illegal immigration are increasingly driving Germans to right-wing politics. Most of the opposition to the idea of keeping American nuclear power in Germany is coming from the left-wing Social Democrats. The popularity of this party is declining, however, even as the center-right Christian Democrats gain strength. As this trend continues, calls to retain America’s nuclear weapons in Germany will only get louder.

More than this, the voices now calling to retain these nuclear weapons may soon start calling for more control over them. If securing the weapons is too much of a problem for the United States, the Germans may prove willing to fill that role. Both John McCain and Barack Obama, the U.S. presidential candidates, have indicated they will push for Europe to take on a more robust military role on the world scene if elected. It is entirely possible that German security guards could soon be guarding the b61 nuclear weapons already stored on their air force bases.

This scenario is very similar to a worldview espoused by the late Dr. Franz Josef Strauss, long-time premier of the German state of Bavaria and influential Christian Social Union politician. Strauss, who was hailed as the “strongman of Europe” in his day, wrote in his book The Grand Design: “Europe ought to have concentrated all its efforts on developing the defense of its territory on an independent basis. I can well see the day in which America, given the creation of a European nuclear force in which the United States is not itself a participant, would be entirely willing to cooperate with assistance in research and with deliveries of materials. At least such a prospect is more likely than that Washington would find itself willing to give up the American right to veto in an Atlantic nuclear force and thereby risk having this force used against the wishes of the United States.”

It is possible a German-led European Union could develop an independent nuclear force in cooperation with the United States if the next U.S. president endorses the EU accepting more global peacekeeping responsibilities. For a time, this would seem to be a mutually beneficial relationship—Europe and America working together in an attempt to bring about world stability. An end-time flowering of German-U.S. relations is in fact prophesied in the Bible, in Ezekiel 23.

If the U.S. economy collapsed into a major depression, however, this partnership would be quickly stripped of its American half, and a united Europe transformed into the world’s next nuclear superpower by taking over control of U.S. nuclear assets on German soil, added to France’s existing nuclear capability.

In the April 1980 issue of the Plain Truth magazine, Herbert Armstrong actually forecasted exactly such an eventuality—that of a nuclear-armed European empire.

“You may be sure the West European leaders are conferring hurriedly and secretly about how and how soon they may unite and provide a united European military force so they can defend themselves!” he wrote. “And so they will no longer have to give in meekly to Russia! And who will they blame for their humiliation and their necessity now to have a united Europe, with a united government, a common currency, and a common military force as great or greater than either the ussr or the U.S.A.? They will blame the United States! And when they are strong enough to assert themselves, they will first attack Britain for standing firm with the U.S., and then they will return a lot of hydrogen bombs the U.S. has stored now in Europe!” (emphasis mine).

As shocking as this scenario may sound, it is prophesied in your Bible. Ezekiel 23 tells of a time when the hypocritical nations of Israel (modern-day America and Britain) will work together with Assyria (modern-day Germany) as lovers. This relationship is prophesied to be short-lived, however, before God raises up the Assyrians against His people in punishment. Prophecies such as Isaiah 10:5-6 speak of Germany being used as the rod of God’s anger against America and Britain. Other passages, such as Matthew 24:21-22, indicate that this punishment will come in the form of nuclear blitzkrieg.

For a more detailed explanation of Germany’s nuclear future, request a free copy of our booklet Nahum—An End-Time Prophecy for Germany.