In a landslide victory, right-wing Spanish President Jose Maria Aznar recently demolished his socialist opponents in Spain’s federal elections. What’s behind this swing against the center-left tide in European politics? 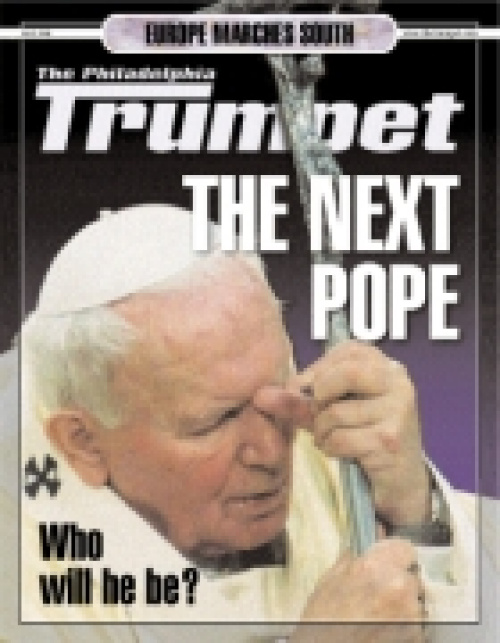 While politics from Britain eastward to Germany have been influenced by center-left, “Third Way” swings in European electorates over the past decade, the right-wing landslide victory in Spain comes hard on the heels of similar trends in Malta last year and, more recently, the much maligned triumph of Jörg Haider’s Freedom Party’s dominance in the January Austrian election—not to mention trends of a similar nature even in the Russian elections. In all of these national elections, the biggest losers have been the hard-core Communists.

What is startling in the Spanish electoral result is that, whereas Haider’s party gained the right to govern in coalition with the Conservative People’s Party, Aznar’s party gained a stunning outright victory, winning 183 of the 350 seats in the Spanish Cortes (parliament). The Communists, formerly the third-biggest parliamentary bloc in Spain with 21 seats, had their representation reduced to a mere eight seats.

Interestingly, though the two, on the surface, would appear to represent different political ideals, Aznar’s platform for victory was not unlike that of Russian leader Vladimir Putin in his successful drive for victory in the Russian presidential elections. Both leaders were applauded for their tough stand on terrorism. Both pandered to the powerful business sector. Both made sure that their powerful police forces were well paid; Aznar hiked police pay by up to 13 percent in his first term as leader; Putin, being an old kgb hack, was well accepted by the Russian police. Both Aznar and Putin publicly pledged to deal with corruption spawned under the leadership that preceded them.

In Malta’s case, Prime Minister Fenech Adami stymied Alfred Sant’s socialists—only a third of the way through their elected term of office—by appealing to business and promising to limit the socialists’ tendency to flirt with terrorist-based countries, such as Libya, in exchange for a ride on the coattails of the European Union.

Three right-wing swings in three strategically vital Euro-Mediterranean countries in less than two years—added to the Putin phenomenon in Russia. What’s going on in this vitally strategic region?

In Spain, Austria, Malta and Russia there was a singular dominant factor—the craving of an electorate for stability. This was incubated by a perception of instability engendered by the previous, less-assertive leadership of more center-left persuasion.

And when European nations crave stability, it is part of their history that they swing right politically. The great paradox is that in seeking greater stability by supporting right-wing leaders, this has inevitably led to their greatest periods of instability; witness 1817, 1914 and 1939, as the dogs of war rose to wreak havoc on the European continent.

In this context it is worth watching political trends in the three key nations within the present European Union: France, Germany and Italy. Each of these nations have the seeds of instability germinating within their national boundaries—endemic unemployment, rising xenophobia, populations which are simply not replacing themselves at a rate which will sustain their national economies, diminution of social welfare as their governments seek to wrestle their economies into conformity with EU requirements, and educated populations which fear a loss of independence to a Eurobureaucracy.

Of particular concern in times of social and political instability is Germany. With the collapse of the Christian Democratic Union’s (cdu) leadership, the credibility of Germany’s dominant political party, the party of corporatist business, of Catholic conservatism, has been greatly clouded. The previous security of a two-party political system, enjoyed by the German electorate for over 30 years, has been shattered by the demise of Helmut Kohl and his cdu party supporters. In the meantime, as reported recently in the Suddeutsche Zeitung, youth centers across Germany are once again filling with Hitler busts and Nazi music.

In point of fact, Germany for the past 60 years has been “democratic” in political appearance only. Germany, throughout its entire history, has never been a democratic society at heart.

A democratic system of government was enforced in Germany following the denial of victory in the Second World War. But, as the unembargoed archives have recently revealed in many well-documented books and commentaries, the beating heart of national socialism in Germany simply went underground in the closing months of World War ii. The great corporations of national socialist Germany which drove its mighty war machine, in collusion with some U.S. corporatists, have emerged to now dominate global business.

The appeal of a “strong deliverer” to the German national character is fundamental to the German nature. The intense discomfort with instability, the craving for order, system and organization still wells up in the breast of a true German, particularly in time of social, economic and political upheaval.

Right-wing politics—the politics of the national socialists of recent German history, of the fascists of Italy, of Vichy France, of Franco’s Spain—are not far below the surface of present-day politics in Europe. Scratch the surface and you find a Jörg Haider, a Jean-Marie Le Pen, a Jose Marie Aznar, a Gianfranco Fini or an Edmund Stoiber.

What we perceive as a cyclical swing to the right in some Euro-Mediterranean nations today may well be just the next step along from the “Third Way” of the center-left phenomenon of 1990s Europolitics—a step toward the re-emergence of that old Catholic socialism that too easily can spread like a rippling earthquake across Europe when any major destabilizing effect frightens the European electorates. If the Third Way center-leftists have their roots in fascist ideology, as claimed by numerous authors whom we have previously quoted, then to the right of fascism stalks the specter of Nazism.

Watch Europe! Watch the Mediterranean. Watch Germany—watch for signs of the imminent emergence of the final thrust of a right-wing national socialist swing which will sweep a single dominant leader to victory to lead the rising, soon-to-be globally dominant Eurostate. Watch—and prepare!