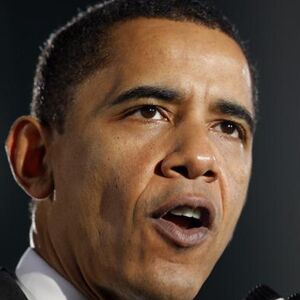 We are seeing some racial problems leading up to this U.S. presidential election. The implications are far more dangerous than people realize!

Barack Obama has what appears to be a beautiful family. He is eloquent in a warm and friendly way. He has many traits that would make any father proud. Mr. Obama has come a long way from his difficult childhood.

The big question that many people want to know is this: Is he qualified to lead what is called the world’s number-one superpower today in the most dangerous times ever on this planet?

We never take sides in politics. But we have the responsibility to warn our nation of any serious danger.

Jeremiah Wright, Barack Obama’s pastor for 20 years, has made numerous inflammatory and racist statements. Yet, Mr. Obama, who has given little explanation for his close association with Mr. Wright, continues to enjoy tremendous support among Democrats. He has now won the Democratic nomination.

This presidential election is different than any other. It is revealing a lot of racism in America. But here is the hidden danger: It is also inflaming more racism as it continues.

Just where is it leading?

Mr. Obama has also been friendly with William Ayers, a white American terrorist who escaped prosecution on a technicality and now teaches at the University of Chicago. What is wrong with our educational system? Our top educators routinely let men such as this terrorist teach our children! How condemning of our higher education today.

Our political system is afflicted with the same disease. Howard Dean, a white man and the chairman of the Democratic Party, recently said that if you even bring up the issue of Jeremiah Wright, then you are a racist! In other words, if you even bring up Barack Obama’s extremely close ties with a racist pastor for 20 years, that means you are a racist! I’m sure he must know that warped reasoning is wrong. But he still says it, even though he knows that issue is going to be brought up often in the presidential campaign. And it is going to cause more bitterness and hatred between the white and black races!

How damaging will such explosive rhetoric be to other black congregations like Jeremiah Wright’s church? Or other black organizations with similar views? Are we unaware of how incendiary such comments can be?

An African-American could be elected president of the United States, and Howard Dean’s loudest scream is still about white racism. He is putting his party ahead of America, and we are going to suffer as a result of it.

Mr. Obama says he is going to bring the races together. But we are seeing actions that will do just the opposite!

The news media and many educators agree with Howard Dean’s view. These elites—again, mostly white—are the biggest reason this is developing into such an explosive issue! That is dangerously wrong and helps to inflame more racism! If you are concerned about character and leadership in the presidential campaign, you had better bring up the Wright issue! Character should be the number-one issue in every political campaign. But it is hardly even discussed in our campaigns.

Imagine, the chairman of the Democratic Party making such an outrageous, inflammatory comment about racism. That comment is the polar opposite of the truth!

If you sit in the congregation of a hateful racist for 20 years, have him marry you and baptize your children, isn’t it likely that some of that racism will infect you? In Mr. Obama’s case, it is much more so since his father deserted him at the age of 2. Then his mother deserted him in his high school years. This was a young, pliable man desperately searching for a father figure, and he found one in Jeremiah Wright. How could that not adversely affect any human being?

“He that walketh with wise men shall be wise: but a companion of fools shall be destroyed [Hebrew, broken]” (Proverbs 13:20). God says we are heavily influenced by our companions. They have a powerful influence on our true success or failure. That fact should be obvious to all of us. In time, the fruits will be clear to everybody.

There is no evidence that Barack Obama ever challenged one of Jeremiah Wright’s racist, hateful views! Not even one! If Mr. Obama really disagreed with Wright, how could he not speak up? Surely this is directly tied to the leadership potential of this man who would be president. Certainly this reveals some strong insights into his views about race, foreign policy and many other issues.

The race card is going to be played often for political gain! And it is going to cost America dearly. This is not a small problem. We must understand where the race issue is leading us. The end result is going to be worse than anything you imagine. Write for our free book on Ezekiel to understand God’s views on this subject, and where today’s racial tension is leading.

Most people are fearful of even facing the race issue. But we must, because as Jesus Christ said, only the truth can set us free (John 8:32).