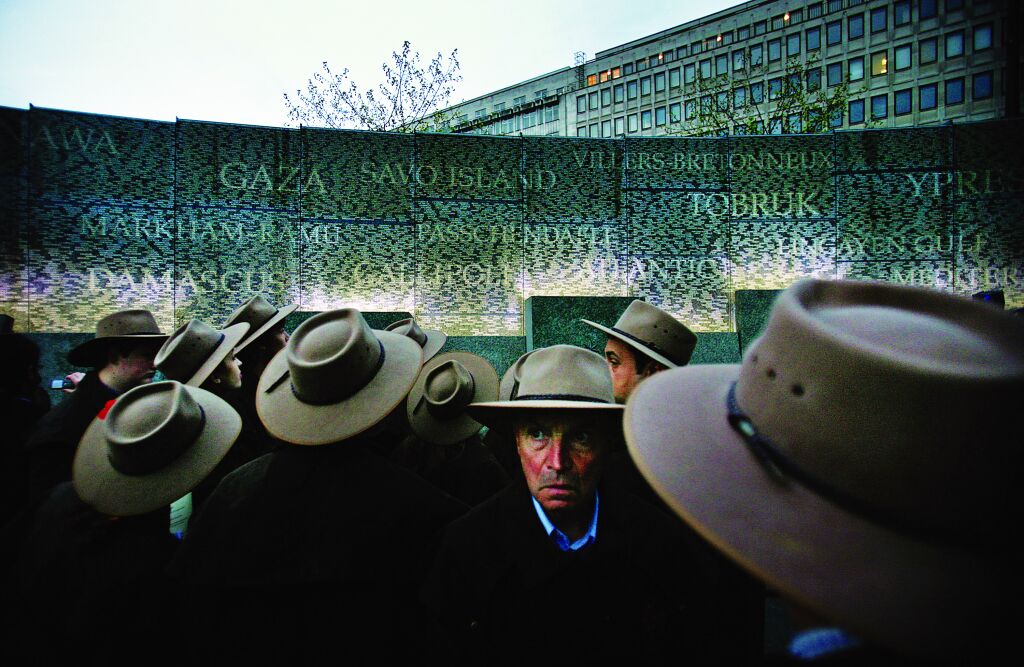 Winston Churchill famously stated, “The farther backward you can look, the farther forward you are likely to see.” Few these days are encouraged to study the ancient history of the British and their colonial sons and learn of their unbreakable link to biblical heritage. That heritage links the fighting forces of these peoples today 3,000 years back to, believe it or not, King David of ancient Israel!

Benjamin Disraeli, twice prime minister during the British Empire’s time of greatness (the years 1868 and 1874-1880) observed, “The most popular poet in England is the Sweet Singer of Israel. Since the days of the heritage, there never was a race who sang so often the odes of David as the people of Great Britain. It was the ‘sword of the Lord and of Gideon’ that won the boasted liberties of England; and the Scots upon their hillsides achieved their religious freedom chanting the same canticles that cheered the heart of Judah amid their glens” (Tancred).

Heritage—that’s what once made Britain great! That’s what moved these peoples to carve great nations out of the continental extension of North America, of southern Africa, Australia and New Zealand. It was a heritage acknowledged by Victoria, Queen of the British Empire at its peak. It was known to the Anzacs of old, who joined the fight to free the world from the tyrant in World War i.

One of Australia’s great sons, Anzac soldier Ion Idriess, was inspired by the biblical setting of the desert war of 1914-18. Of Davidic Welsh stock, Idriess enlisted as a trooper in the Australian Imperial Force. He was attached to the 5th Light Horse Regiment. Wounded twice, once at Gallipoli and again at Gaza, Idriess witnessed the famous Anzac mounted infantry charge at Beersheba that led to the taking of Jerusalem by British Imperial forces. Amid the heat and sand, the fire and the blood of desert warfare, his writings made between marches and skirmishes reflected the deep emotion of a soldier conscious of Palestine’s link between the Old and New Testaments of the Bible. At Rafah, en route to Gaza, he pondered, “Britain has brought along the 20th century into a land that was ancient when Christ was a child” (The Desert Column). Conscious of the seemingly overwhelming combined superiority in arms of the Turks, Austrians and Germans that awaited in the Sinai desert, Idriess mused, “The story of David and Goliath is not repeated in modern warfare when it is a handful against many men and many machines.” He was later to eat those words as he witnessed the Australian Light Horse charge the cannon, bullets and cold steel of the enemy, by whom they were vastly outnumbered, and capture the ancient city of water wells, Beersheba, opening the way for victory over the Turks at Jerusalem.

Of the great warrior psalmist, we read in a few words in the biblical book of Samuel a summation: “David the son of Jesse … the man who was raised up on high, the anointed of the God of Jacob, and the sweet psalmist of Israel” (2 Samuel 23:1). “The man”! That term in this verse is translated from the Hebrew Ha-Gever, meaning mighty, he-man, HERO!

Recently, while attending a performance of the Australian group the Ten Tenors, I was inspired to think on the power that the true heroes of the English-speaking nations have demonstrated in securing the freedoms that those nations presently enjoy. While listening to the Ten Tenors’ rousing rendition of lyricist Don Black’s “Here’s to the Heroes,” my mind filled with the images of the clash of steel, the fire of cannon, the pounding of hooves and the shouts of men in the bloody heat of battle as portrayed by Idriess at Gallipoli and on the desert sands of Sinai. As those 10 young Australians sang out lustily the words, “Here’s to the heroes who change our lives. // Thanks to the heroes, freedom survives,” in my mind’s eye I saw the frenzied gallop of the Australian Light Horse, vastly outnumbered by the entrenched enemy, swoop down in the face of ravaging fire to take ancient Beersheba of Abrahamaic tradition. I visualized General Allenby dismounting in respect to the ancient heritage of the Holy City, marching through the Jaffa Gate to secure the City of Peace under British martial law.

Australia was founded on the blood and sweat of its pioneers, and gained maturity as a nation in the face of fire and steel in the desert of the Middle East and in the mud of the Western Front in World War i. Its military record is foremost a history of gallantry, of self-sacrifice in the best traditions of the human spirit that, in the words of the Savior of mankind, bespeaks this reality: “Greater love hath no man than this, that a man lay down his life for his friends” (John 15:13). That’s the true Anzac spirit.

Do today’s Australians still reflect that spirit? Where are the true heroes today who are willing to fight for the preservation of the heritage of King David, the psalmist hero?

You need to prove the link that binds the English-speaking nations profoundly to their biblical past, to a singular heritage, alone, upon which true greatness can be built. You need to study our book The United States and Britain in Prophecy (request a free copy). This eye-opening book will enable you to view current events in a far different and more spectacular—even hope-filled—light than you ever have before! It’s the only book you will read that gives the plain, unadulterated revelation of the true heritage of the English-speaking peoples!