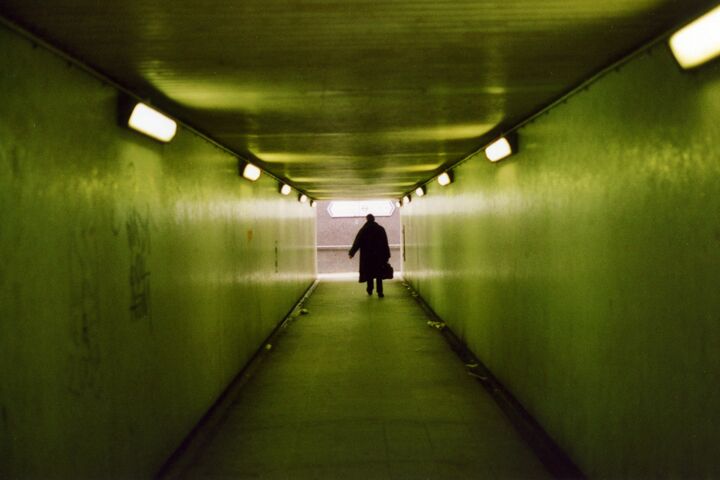 Smuggling weapons-grade Russian uranium is so easy, even an amateur can do it—literally.

For Oleg Khintsagov, today is the day. The 49-year-old Russian has been siphoning off a meager living as a mechanic and small-time smuggler of dried fish, sausages, furs—anything he can furtively sell for a small profit. But on Jan. 31, 2006, he’ll make more money than decades of booming sausage-selling could ever yield. His only goods fit inside one shabby coat pocket: a dull gray substance sealed in a plastic sandwich bag.

One hundred grams of weapons-grade uranium.

Khintsagov isn’t thinking about raining death down from above—although his buyer, or his buyer’s buyer, presumably is. In fact, he doesn’t really know much of anything about uranium, except that he has heard it’s profitable. His buyer, a Muslim Turk from a “serious organization,” apparently agrees, having offered $1 million for the 100-gram sample. Khintsagov will deliver two kilos of the stuff if the buyer is convinced it is real.

It is real. But the buyer isn’t. He is a Georgian security service agent.

Initially, it was hard to believe Khintsagov, a low-grade hustler, could, in fact, have high-grade uranium. “There are a lot of scammers saying that they have nuclear materials,” Archil Pavlenishvili, Georgia’s chief nuclear investigator, told Lawrence Scott Sheets, who published this shocker in the Atlantic Monthly (April 2008). The Georgian government thought the Russian merchandiser had “low-grade radioactive stuff” at best.

But U.S. and Russian tests confirmed the worst: Not only was Khintsagov’s deadly commodity almost certainly from a Russian facility, it was more than 89 percent enriched, according to the U.S. testing report, “suitable for … military purposes including nuclear weapons.”

And it wasn’t the first time. Or the last.

In the first hours of June 26, 2003, Garik Dadayan waited to cross the border near the village of Sadakhlo, a smuggling haven. Inside his satchel was a metal tea box; inside the box, a cellophane bag. Inside the bag: 200 grams of U-235. Dadayan, who is said to suffer from psychological and physical disabilities, was trying to carry it through a functioning, radiation-detecting checkpoint. When his lethal merchandise set off the detectors, Dadayan’s evasion plan was to simply drop the satchel. Georgian border agents took him into custody; his unimpressive alibi was that he had never seen the contents of the tea box before. Meanwhile, his notebook contained notes about uranium and the amount of money he could get for transporting it.

Finally—or, more likely, not finally, as Sheets put it—on Aug. 4, 2006, Tamaz Dimitradze was caught with four glass vials full of unenriched uranium “yellowcake.” “Citing Dimitradze’s repeated business failures and his careless, cavalier behavior, Pavlenishvili described him, like Oleg Khintsagov and Garik Dadayan, as a complete amateur. ‘He probably did not even know exactly what kind of stuff he even had,’ Pavlenishvili said. ‘He just dreamed of getting some nuclear materials and becoming rich man’” (ibid.).

Nothing summarizes Khintsagov, Dadayan and Dimitradze better than “complete amateurs.” All three were of average or below-average means and held unimpressive educations; none had high-level contacts, or notable jobs, if any. All made obvious mistakes, in some cases advertising their nuclear dealings, keeping obvious notes of their intentions, and carrying their radioactive goods through radiation detectors.

None was ideologically motivated. In fact, none even exhibited a particular interest in nuclear materials, which explains their incompetence. But what if they did? What if someone does? What if someone with the interest, the intelligence, the money, the connections, the competence, the creativity and the ideology already has?

The obvious point is as sobering as it is stark. If relatively inept figures such as Khintsagov and Dadayan can get their hands on weapons-grade uranium, who else can? Who else has?

The Megamart of Megadeath

Estimates say there are around 30,000 nuclear warheads in the world and over 1,000 metric tons of highly enriched uranium, possibly more than half of it in Russia.

When the Soviet Union collapsed in the early 1990s, the ussr’s vast network of nuclear production facilities abruptly became largely obsolete. Washington scrambled to help Russia and the former Soviet states lock down these sensitive facilities, and continues to send billions in aid to upgrade nuclear security.

The question is, was it fast enough and is it comprehensive enough? Stories have emerged, especially during the chaotic fall of the world’s largest nuclear power, of poorly paid guards leaving their posts to look for food, impromptu worker parking lots appearing near holes in fences and a nuclear warehouse being protected only by a padlock.

Western-style security equipment and triple-safe procedures have been installed in many facilities, drastically improving security—although many still have yet to be outfitted. And sometimes, even those detectors that are installed are shut off by the army-reject draftees who guard the sites because they constantly register false alarms—for instance, detecting fish caught in the nearby lake that are more radioactive than a lightly shielded container of uranium would be. Added to that, the Russians are not particularly enthused by American “meddling” in their affairs.

Added to that, there has never been a known comprehensive accounting of Russia’s nuclear materials; it’s impossible to know what has disappeared. Judging by Moscow’s aloof cooperation in the above-mentioned smuggling cases, Russia wouldn’t tell you anyway. Added to that, cases have been documented of Russian officers selling weaponry to their Chechen enemies, so a person being able to get help on the inside is not far-fetched.

The unsettling truth is, a reconnaissance foray, a disgruntled insider and a few bribes could get the right—or, more correctly, the wrong—person a few dozen kilos of uranium, which is all he would need. It would be difficult. But not impossible.

And nobody would know it until the mushroom cloud rose over Los Angeles.

Khintsagov, Dadayan and Dimitradze notwithstanding, smuggling the uranium to a terrorist’s garage workshop would be even easier. Russia has thousands of miles of borders, some of it intersecting unmonitored mountain passages or roads through empty fields. A terrorist could even march it through a checkpoint if he really wanted to, provided he had enough shielding and/or bribe money. Khintsagov’s cousin let him through. Again: challenging—especially if the authorities are in hot pursuit—but frighteningly feasible.

Building the mechanical parts of a bomb requires a modest machine shop, a small crew including perhaps two nuclear scientists, and secrecy. Smuggling the completed monster into San Francisco or Boston or London is the final step. With the drug-smuggling interdiction rate estimated at less than 10 percent, there is a dour joke in some circles that the best way to smuggle a bomb would be to case it with a bale of marijuana.

There are a lot of mitigating factors, with the U.S. and other governments making it more difficult all the time, but governments can’t and don’t operate with the flexibility and ideology terrorists have. And even some authorities are beginning to say that a nuclear terrorist attack on American soil is only a matter of time.

Armageddon at Our Door

At the conclusion of World War ii, Gen. Douglas MacArthur addressed a world that had now crossed into a horribly deadly nuclear age:

Men since the beginning of time have sought peace … military alliances, balances of powers, leagues of nations, all in turn failed, leaving the only path to be by way of the crucible of war. The utter destructiveness of war now blots out this alternative. We have had our last chance.If we will not devise some greater and equitable system, our Armageddon will be at our door. The problem basically is theological and involves a spiritual recrudescence, an improvement of human character that will synchronize with our almost matchless advances in science, art, literature and all material and cultural developments of the past two thousand years. It must be of the spirit if we are to save the flesh.

This dire warning preceded the advent of proliferating nuclear materials and state and terrorist actors who, unlike Cold War Russia, do not value their own lives and therefore welcome the madness of mutually assured destruction.

MacArthur not only forecasted the nuclear problem, but also pointed to the solution: spiritual recrudescence. Our nations, which have been directly saved by God on numerous occasions, up to and including World War ii and thus far in the midst of nuclear proliferation, must repent and obey the only Superpower who can save us from a self-inflicted nuclear Armageddon amid terrorism and other rising powers. For more on this critical subject, read “We Have Had Our Last Chance”.