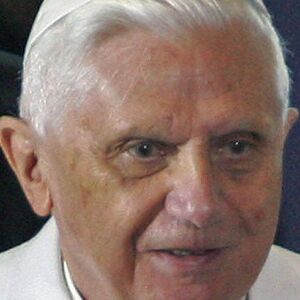 The European Union’s tolerance of Islam’s incursion has reached its limits.

It’s been slow in coming. Tolerance of the increasingly overt inroads that Islam has made into European society over past decades has produced such strains on the Continent that it is now creating a political backlash.

Perhaps the first public display of European reaction to its creeping Islamization was the publishing by the Danish newspaper Jyllands-Posten of the Muhammad cartoons on Sept. 30, 2005.

Just one year later, Pope Benedict xvi threw down the gauntlet to Islam during his speech at the University of Regensburg. Since then, Europe has increasingly gone on the offensive against the Islamic push from the south. Calls from responsible politicians across the board to stem the flood of immigrants into the Continent are on the increase. In particular, two politically overt actions taken within a week of each other in March indicate that contest between European Christianity and Islam is heating up as Europeans react against the inroads Islam has made into European culture.

On March 22, Pope Benedict baptized, confirmed and gave the Eucharist to Magdi Allam, a well-known Egyptian-born Muslim resident in Italy. Allam is a senior editor for the Italian newspaper Corriere della Sera in addition to being a high-profile author. “The ceremony converting him to the Catholic religion could not have been higher profile, occurring at a nighttime service at St. Peter’s Basilica on the eve of Easter Sunday, with exhaustive coverage from the Vatican and many other television stations” (Jerusalem Post, April 3) .

Just five days later, Dutchman Geert Wilders released his controversial and long-anticipated film Fitna. The 15-minute film “consists of some of the most bellicose verses of the Koran, followed by actions in accord with those verses carried out by Islamists in recent years. The obvious implication is that Islamists are simply acting in accord with their scriptures. In Allam’s words, Wilders also argues that ‘the root of evil is inherent’ in Islam” (ibid.). That phrase, “the root of evil,” is so close to a quote employed by Pope Benedict in his Regensburg speech that the two seem to follow the same script.

None of this is surprising. The tolerance of the creeping Islamization of Europe shown by the socialist, center-left governments fashionable during the latter 1990s and on through the middle of the current decade was bound to place strains on European society to the point of explosion. The explosions occurred in Paris and other French cities in the autumn riots of Islamist thugs in 2005 and 2007. Some wanted to excuse the outbreaks of violence by blaming the unemployment and social problems rife in many of France’s poorer suburban areas. The question is, why have those problems arisen?

Political scientist Ernst Hillebrand points directly to the soft policies of European governments on immigration. Singling out the left wing of European politics as the culprit, he observes, “Multiculturalism—the left’s answer to the significant rise in European immigration in recent decades—has failed. It has led to fragmented societies and ghettos of marginalized minorities in which the mutual frustrations of indigenous populations and immigrants have increased. This applies above all to immigrants from Islamic countries, among whom the second and third generations often have much more hostile attitudes to Western society than their elders” (Prospect, March 2008; emphasis mine throughout).

The answer to why unemployment and social problems are endemic to France’s poorer suburbs is simply that immigrants of a culture totally incompatible with that of France have been allowed to enter and settle with no intent of becoming acculturated into French society. This has produced a cultural powder keg within not only the cities of France, but also many other west European countries.

For 30 years, Rome has been sounding a clarion call to Europe to return to its cultural and spiritual roots. In 1981, during a pilgrimage to Spain, Pope John Paul ii pointed out the need for Europe, in the face of the onslaught of secularism, liberalism and pan-Islamism, to embrace its cultural roots. In a sermon delivered at the Cathedral of Santiago de Compostela, one of the most revered of stations in the old pilgrim route that led from Catholic Canterbury to Rome, John Paul declared, “It can be said that the European identity is not understandable without Christianity and that it is precisely in Christianity that are found those common roots by which the Continent has seen its civilization mature: its culture, its dynamism, its activity, its capacity for constructive expansion in other continents as well; in a word, all that makes up its glory.” The pope then cried out to all Europe, “Find yourself again. Be yourself. Discover your origins, revive your roots. Return to those authentic values which made your history a glorious one and your presence so beneficent in the other continents.”

Pope Benedict xvi continues to repeat the call of his predecessor. In July 2005, Benedict prayed “for God to stop the ‘murderous hand’ of terrorists, stepping up his condemnation of the recent attacks in Europe and the Middle East blamed on Islamic extremists” (msnbc, July 24, 2005). The pope prayed, “[W]e invoke the Almighty to stop the murderous hand of those who, driven by fanaticism and hatred, commit such acts and ask him to convert their hearts and minds to reconciliation and peace.” He then returned to a theme that he had emphasized during the first hundred days of his pontificate, the same theme introduced by his predecessor early on in his pontificate, “the need for Europeans to reaffirm the Christian roots of the continent. He quoted Pope John Paul ii as urging Europeans to ‘return to yourselves. Discover your origins. Revive your roots. Revive those authentic values that made your history glorious …’” (ibid.).

A great hue and cry erupted following Benedict’s September 2006 speech in Regensburg, Germany. In that speech, the world’s attention was caught by a quote Benedict used from a dialogue between Byzantine Emperor Manuel ii Paleologus and an educated Persian on the subject of Christianity and Islam: “Show me just what Mohammad brought that was new, and there you will find things only evil and inhuman, such as his command to spread by the sword the faith he preached.” The use of that one quote alone has led to the present efforts of Islamic spiritual leaders to seek dialogue at the pontiff’s feet.

Since then, Pope Benedict has increasingly emphasized the need for adherents to the Church of Rome to undertake a new evangelism for their faith. It is a message that seems to be steadily bearing fruit. This is beginning to affect European politics, and as a result, will soon result in political action that will affect European attitudes more strikingly against the Islamization of European society.

To quote Ernst Hillebrand once again, “There are signs that in Western [European] societies, a creeping change of values is taking place …. In some countries the zeitgeist appears to have become conservative once again: Opinion polls indicate a slow shift in the direction of traditional values” (op. cit.).

The traditional values of which Hillebrand refers are those values that lie at Europe’s roots. They are the values that Europe possessed which, to quote John Paul ii, made European’s history “a glorious one and your presence so beneficent in the other continents.” The history of Europe is the history of the Holy Roman Empire. It was the spiritual leadership of Rome combined with the military force and might of Germany that gave Europe the history which John Paul ii and Pope Benedict xvi refer to as “glorious.” It is that very history that is now reviving within Europe, leading to a gradual return to European conservatism, with the increasing reassertion of the right wing in European politics. A swing to the right across the European continent will not bode well for Islam.

There can be no doubt that the success of John Paul ii’s appeal to Europe to return to its Holy Roman roots galvanized Eastern Europe’s rebellion against Soviet communism. John Paul’s great success was the merging of the eastern leg of old imperial Europe with its western counterpart. Pope Benedict’s challenge is to now deal with the enemy within, the onslaught of Islam on European society. What this pope started in his old Bavarian stomping ground with that Regensburg speech is building to a confrontation between Rome and pan-Islam that will end in the heat of a whirlwind battle—and one thing’s for sure, Rome will not be the loser!

The papal calls for Europe to return to its roots is engaging Europe’s ethnic citizenry. It is progressively engaging its politicians. With each threat against Europe spouted by an Islamic extremist, the battle heats up. Europe is clearly feeling the push from its south and is now reacting increasingly against it.

As Daniel Pipes observes, “Indeed, Allam and Wilders may represent the vanguard of a Christian/liberal reassertion of European values. It is too soon to predict, but these staunch individuals could provide a crucial boost for those intent on maintaining the Continent’s historic identity” (Jerusalem Post, op. cit.).

That’s a statement that would surely warm Pope Benedict’s heart!

Continue to watch for a progressive swing to the right within both the electorate and political movements in Europe. Watch for an increasingly imperialist Europe to work at fielding a stronger military presence, in particular under nato’s umbrella, within a multiplicity of theaters (witness the German navy in its first exercises in the Gulf with the Indian navy). Watch for Europe to more willingly take up America’s request to take on more of the burden of security within Eurasia and the Middle East.

As you watch, know that there is coming a mighty clash between the German-dominated European Union and the increasingly Iranian-led Islamic powers.

Make no mistake, Islam will soon be routed from Europe.

To understand more on this vital subject, read our booklet The King of the South.