How many people even ask them? Yet here is a book that purports to answer them. 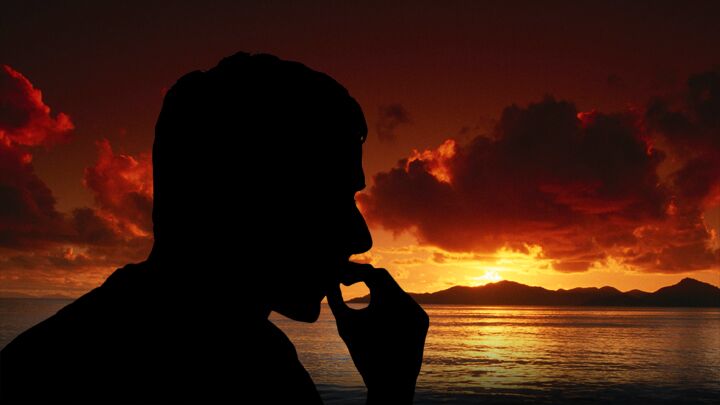 How many people even ask them? Yet here is a book that purports to answer them.

Your life is engulfed in mysteries. When you reflect, your very existence is a mystery. Did you simply happen by unintelligent resident earthly forces without meaning or purpose, or were you intelligently designed and created by an all-powerful God of supreme mind for a purpose that also has been hidden in mystery?

If the all-powerful God was your Maker, and exists as the divine Creator of all that is, then the mystery about God emerges, in order of time sequence, as the first and paramount mystery of all.

Who and what is God? That is a mystery not understood by any religion, not explained by science, untaught by higher education. God reveals Himself in His Word, the Holy Bible, yet almost none has understood it. The Bible, as the writer Bruce Barton said, is “the book that nobody knows.” The Bible itself is the basic mystery that reveals all other mysteries.

Certainly third in order is the mystery of your own life—of humanity as a whole. What and why is humanity? Is man an immortal soul? Do the dead know what the living are doing? Is man a flesh-and-blood being with an immortal soul within? Is there meaning and purpose to human life? Did we evolve through unintelligent material forces without meaning or purpose? Why are humans beset with seemingly unsolvable problems?

Fourth in line of the not-understood mysteries is the civilization that has developed in man’s world. How did it develop? Why do we find a world of awesome advancement and progress, yet paradoxically with appalling and mounting evils? Why cannot the minds that develop spacecraft, computers and marvels of science, technology and industry solve the problems that demonstrate human helplessness?

Next, in the development of human society on Earth, is the mystery of the Jew and the ancient nation of Israel. Why did God raise up one special nation of Israel? Why are they God’s “chosen people”? Are they God’s favorites? Does God discriminate against other nations? Is God a respecter of persons? What is Israel’s purpose in the divine order of things?

Come now to the mystery of the church. Why should there be the institution of the church in the world? Is there some purpose for it, not understood even by the religion of traditional Christianity?

These are the seven great mysteries that concern the very lives of every human being on Earth. The plain truth of all these mysteries is revealed in the Bible, but none of the churches or theologians seem to have comprehended them.

Why? The Bible is the basic mystery of all.

If one begins reading the Bible continuously from beginning to end, one becomes bewildered. The Bible simply cannot be read like any other book. It is a mystery because it is a coded book. It is like a jigsaw puzzle, with perhaps hundreds of various pieces of different forms and shapes that can be fitted together in only one precise pattern. The truths of the Bible are revealed here a little, there a little, scattered from beginning to end, and revealed only through the Holy Spirit within those surrendered and yielded to God, willing to have confessed error and wrongdoing, and yielding to believe Christ, the Word of God. Jesus was the Word in person. The Bible is the same Word in print.

No one can have the Holy Spirit, which alone can open the human mind to understanding of this Word of God, without a complete repentance and an implicit belief in Christ as well as believing what He says. Repentance can only follow admission of being wrong—of wrongdoing and wrong believing. The most difficult thing for any human seems to be to admit being wrong—to confess error of belief and conviction.

Is it any wonder, then, that the Bible is the book that nobody knows or understands?—or certainly almost nobody.

God deliberately coded His book so that it would not be understood until our modern time. In the 12th chapter of Daniel we read even that a devout man of God could not understand that which was given to him to write as part of the Bible. He said he heard, but understood not. The revealing angel said, “Go thy way, Daniel. The words are closed and sealed until the time of the end.”

Today we have reached that time. God has opened to understanding His Word to those He has chosen, who have yielded and surrendered to Him and to His blessed sacred Word. In the 12th chapter of Daniel, it says at this time of the end the “wise” would understand, “but none of the wicked shall understand.” Who, then, are the “wise” who may understand the Bible?

“The fear of the Lord is the beginning of wisdom” (Psalm 111:10) and “a good understanding have all they that do his commandments” (same verse). Yet traditional Christianity has generally denied God’s commandments—says they are done away, nailed to the cross. The clergy and theologians of organized “Christianity,” therefore, cannot and do not understand the Bible.

It is hoped that this book, written since God’s time for it has come, will open many eyes to the truth of these long-hidden mysteries.

And now, in my 93rd year, I have been led to write this book, to share with as many as care to know, the answers that the great supreme mind of God reveals in His Word—if one is only willing to understand that Word.

These words are taken from the beginning of the book Mystery of the Ages, by the late Herbert W. Armstrong. This book answers all of life’s most basic questions—questions teachers should be asking at school, ministers should be asking at church, the media should be asking on TV and in print, but aren’t. Once you have read Mystery of the Ages, your own Bible will no longer be a mystery to you. More than a million people have already requested this book—most of them between 1986 and 1989. After that, the church Mr. Armstrong had guided for more than 50 years repudiated his teachings and withdrew Mystery of the Ages from circulation. It remained out of print for eight years. In 1997, we brought it back, and then fought a six-year court battle to preserve the right to keep printing this book. More than 60,000 people have requested it since its reprinting. We want to add you to that number. Remember, all the literature we produce is offered without cost to you. Simply look on the back cover of this magazine for information on how to request your free copy today.