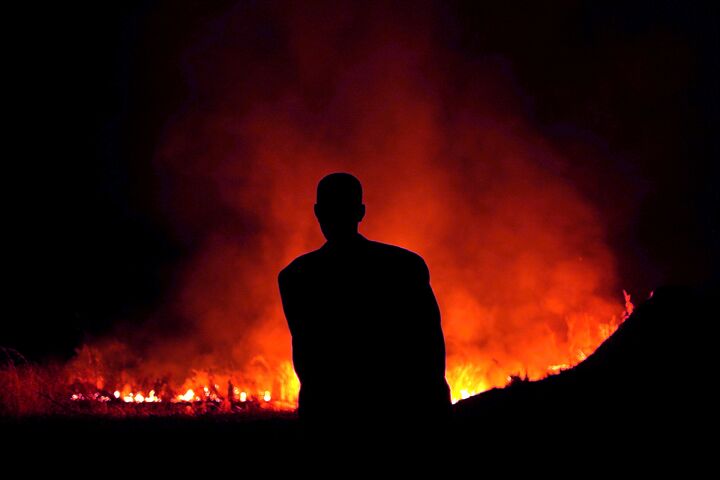 While the world reels from the powerful aftershocks of the North American subprime mortgage debacle, two power blocs vie for the abundant raw materials and cheap labor within the globe’s most resource-rich and economically poor continent.

“As I write this, the crackle of gunfire is audible from the veranda of our farmhouse. Warriors of the Pokot and Samburu are fighting a mile away. A bushfire engulfs the horizon.”

Having been a student of Africa, in the academic sense, since high school days, this introduction to a piece by Aidan Hartley, a resident of Kenya, in a recent edition of the Spectator reawakened me to the reality of the legacy of post-colonialism in that vast, resource-rich continent.

Though having corresponded over the years with Africans from many of the Dark Continent’s countries and conversed with numerous expatriates who have migrated to the First World, my sole practical, on-the-ground experience of Africa is with the most economically successful of its nations, South Africa.

Over a four-year period in the mid-’90s, I travelled to all major cities in South Africa, meeting and conversing with numerous people from British, Boer, Zulu, Xhosa and Cape Colored backgrounds. This gave a good feel for the mood of the nation at the time of its early transition from white minority to black majority rule.

At the time, many held to the view that South Africa, the “rainbow nation,” would, under its new masters, become a great example for its fellow African nations to follow into a new era of prosperity and stability.

One of the most prescient views I gained at that time, as to a forecast of the future of South Africa under anc/Communist rule, was from South Africa’s late Prime Minister P.W. Botha while sipping tea in his home, Die Anker, in the beautiful Wilderness region of the resort town of George on the lip of the Indian Ocean. Much of that which P.W. forecast at that time has since come to pass. His forecast was not positive.

South Africa, though having the most successful economy on the continent, boasts one of the highest reported incidences of murder in the world, in addition to forceful rape and other forms of violent crime. Given the fact that Africa is home to 54 independent countries, this puts things somewhat in perspective in respect of the general condition of the majority of those nations.

Africa’s grand failure poses a great contrast to the rest of the developing world. As British philanthropist Mo Ibrahim points out, “In the past quarter century—during which 500 million people managed to escape poverty worldwide—the number of poor in sub-Saharan Africa nearly doubled” (Economist, “The World in 2008”).

In the eyes of many commentators, the picture will not get any rosier. In that same annual special edition of the Economist, correspondent Jonathan Ledgard predicts, “For Africa, 2008 will be the year of the jobless. Millions of rural poor will, as ever, go hungry and perish from curable diseases, but the focus in 2008 will be on the continent’s cities and towns. The failure to create new jobs in the slums will lead to strikes, riots and a further rise in violent crime and political instability.”

Darfur, Kenya, Ethiopia, Somalia all remain trouble spots with the threat of tribal genocide under the surface. Middle Africa remains in turmoil. To the northwest, Chad, Niger, Nigeria all are at boiling point. Not one international institution appears capable of posing solutions to these running sores—and they are the ones that gain the publicity at the moment, while numerous internecine wars and skirmishes continue to sputter away in other African countries not considered newsworthy at present. Tinier African countries fall into what some have termed the “Nth” world, using a mathematical term to denote that which cannot be visualized, as it appears they are beyond salvaging.

In the face of endemic poverty, famine, disease and the constant wars, many Africans yearly flee north seeking a better life in Europe. Last year a record number died, either by drowning or otherwise killed in their bid to escape the wretchedness of their pitiful existence. Now, with the European Union closing the door more firmly on African immigrants, even this ray of hope will increasingly be denied those who are game to make the attempt.

Where can Africa look for any hope, given the great post-colonial disaster that has befallen that continent? Aidan Hartley holds out little hope for any positive intervention from either the developed countries or from within Africa, declaring “we should not invest much hope in the diplomacy of Washington, with its disastrous foreign policies, nor the African Union, which has had unmitigated diplomatic failures in Darfur and Somalia” (Spectator, January 9).

In essence, post-colonialism has failed in Africa. Democracy is simply a concept that no African nation has been able to effectively embrace. In reference to Kenya, Hartley explains that “democracy failed because ordinary people were encouraged to believe that democracy would work as an instrument of change. But Kenya’s leaders—and often international observers—interpret democracy simply in terms of the ceremony of multi-party elections. Polls bestow legitimacy on politicians to pillage for five years until the next depressing cycle begins” (ibid.).

The picture that Aidan Hartley portrays of electioneering in Kenya is depressing in its continuing repetition elsewhere across the African continent. “In the election campaign rallies I attended there were no debates about policies, despite the huge health, education, security and poverty problems. The Big Men arrived in helicopters hired at £1,000 an hour to address voters in slums and forest clearings …. Praise singers kowtowed to the Big Men, who dozed, talked on their mobile phones and then waddled back to their helicopters, which blew dust into the faces of the poor on take-off” (ibid.).

It is within the context of the grand, post-colonial failure of African nations to effectively govern themselves—juxtaposed with the massive demand for raw materials engendered by the developing nations (in addition to increasing demand from those seeking to develop self-contained economies such as the European Union)—that the competition for Africa’s rich resources and cheap labor force is heating up.

There is simply a new scramble for Africa, and from any objective point of view, Africa is in no condition to resist what’s coming. It is, quite obviously, a new wave of colonization, first by force of aid, economics and diplomacy, then by force of arms.

Sooner or later, the most highly industrialized nations are going to get fed up with their lack of progress in acquiring needed raw materials through being frustrated by local skirmishes. Already the EU is positioning itself to increasingly take on “peacekeeping” missions in Africa that a moribund UN seems powerless to control. In this respect, Germany’s Africa policy is certainly worthy of some investigation.

Note the following extracts from a recent interview with a German diplomat conducted by one of Germany’s foremost news sources. Deutsche Welle stated, “Europe is paying more attention to both the potential and the problems of Africa. … [German President] Horst Koehler recently made his fifth trip to Africa as Germany’s president. … Germany has been very present in Africa and is increasing its activities there.” German Foreign Undersecretary Georg Boomgaarden commented, “[I]n the future we’ll be increasingly connected to [nations in Africa] by the need for natural resources and other interests. In terms of development, we’ve been active for a long time in Africa. But in 2008 we’re beginning a special program. … [W]e’re looking for more dialogue with Africa” (February 17).

Journalists at the German Foreign Policy agency are most astute in their perception of Germany’s heightening interest in Africa. They say the specific Africa policy of the German Foreign Office demonstrates the thrust of Germany’s expansion of its hegemonic interests into that continent. “The German Foreign Ministry has presented a new continental political program to aid in its struggle to obtain hegemony over Africa. Over the past three days, the €20 million program ‘Action Africa’ was introduced in three West African states. The program consists of proposals in the realm of education, culture and sports and will contribute to Germany’s advantage over its rivals among the world powers on this continent rich in resources” (February 13).

This time, the competition for Africa’s resources is not so much among individual European powers as it is between three distinct entities: China, Russia and the European Union, spearheaded by Germany. None of these powers are going to prove to be as benign as Great Britain was in its colonial administration of much of Africa when they get the chance. Of these three powers, it is Germany that is most determined to lead in the race for Africa’s raw materials and cheap labor pool. As German Foreign Policy points out, “With ‘Action Africa,’ Berlin renewed its attempt to get an advantage over its great power rivals on the African continent. €20 million have been made available this year for this program. The program is mainly comprised of projects to establish links to the African elites” (ibid.).

As things stand, Africa is facing nothing short of a continental disaster.

Andrew Feinstein declares, in relation to the most successful of African nations, South Africa, that “the country is in desperate need of focused, enlightened and efficient government to address the linked catastrophes of aids, poverty and crime” (Prospect, January 2008).

All enlightened observers of the African scene are similarly in agreement that the problem—continent-wide—is a lack of effective, efficient, responsible governance. The time is fast approaching when that government will be imposed by force, under the guns of a powerful European trading bloc to the north and a competing bloc to the east. Sadly, Africans will be enslaved once again, on their own continent! (Revelation 18:13). The more unsolvable Africa’s problems become, the greater the chance these powers will seek to enforce peace among its multiple tribes so that they can grab those much-needed resources—and place under burden the plentiful supply of African labor—to meet their own ends.

Aidan Hartley gets closer to the real truth of that which alone can save his country from destruction from within, and the effects of impending future invasion from without. In looking for solutions to the quagmire into which his beloved Kenya is rapidly sinking, he concludes, “The great nation of Kenya needs a miracle” (op. cit.).

Well, the fact is, not only Kenya, not just the continent of Africa, but the whole world desperately needs a miracle—and it’s going to get one! Such a miracle that it is hard for the average mind to even begin to believe it. It’s a miracle of intervention in world affairs from the only Source available to dig this world out of the hole that it would otherwise inevitably bury itself within—intervention from, believe it or not, outer space!

Sound kooky? Well, you may not know that the brightest of minds in academia are already in agreement that the only hope for the survival of the human race lies beyond this Earth, in outer space!

There is but one solution to the problems of Africa and the rest of this world. It does involve a miracle. That miracle must involve a change of mind and heart within mankind. That change will come, believe it or not, by imposition from outer space!

That out-of-this-world, miraculous change of mind will lead on to the peace and prosperity for which humankind has yearned since the dawn of creation! Request a copy, gratis, of our booklet The Wonderful World Tomorrow—What It Will Be Like, and be encouraged to learn that you can even become a part of that very solution.