What God says about our violent youth

By Eric Anderson and Gerald Flurry 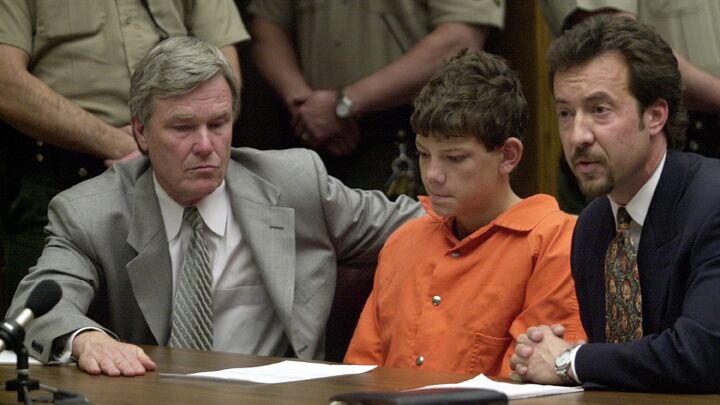 What God says about our violent youth

By Eric Anderson and Gerald Flurry

From The May 2001 Philadelphia Trumpet
View Issue FREE Subscription

The rebellious youth movements of the 1960s sparked the beginning of a social revolution—a cultural war. Back then, this defiant minority was called a counter-culture because it wasn’t accepted by the masses. Since then, however, that rebellious spirit of “absolute freedom” has spread like cancer. It now permeates nearly every facet of our modern society—including education.

As the problem of school shootings worsens, the fact that there is a missing dimension in education becomes more evident. Prior to the ’60s, school shootings were virtually unheard of. Today they are becoming commonplace. They can happen anytime, anywhere—with little or no warning.

After Andy Williams’s March 5 shooting spree—the worst since the April 1999 Columbine massacre—California District Attorney Paul Pfingst publicly addressed the incident, saying, “I know in your minds is the overriding question why…. I am not sure in any real way we will ever know why…” (emphasis ours).

There is a reason for school violence, and for more than 60 years we have been explaining that answer—via radio, television and the print media—to anyone who will listen.

The answer to the school violence problem is clearly revealed in God’s instruction book for mankind: the Holy Bible.

In Ezekiel 7:22-23, God states, “My face will I turn also from them, and they shall pollute my secret [holy] place: for the robbers shall enter into it, and defile it. Make a chain: for the land is full of bloody crimes, and the city is full of violence.” Here, the Almighty Creator of mankind promised that He would not bless or protect His chosen nations of Israel if their leaders would tolerate bloody crimes in their lands!

Over the past five years, there has been a chain of bloody crimes in America’s schools. God is clearly upset about this ongoing problem! He is deeply concerned about kids killing kids—as well as the other bloody crimes which prevail in our land.

Notice what God says He will do if we allow school shootings and other bloody crimes to persist: “Wherefore I will bring the worst of the heathen, and they shall possess their houses: I will also make the pomp of the strong to cease; and their holy places shall be defiled. Destruction cometh; and they shall seek peace, and there shall be none. Mischief shall come upon mischief, and rumour shall be upon rumour; then shall they seek a vision of the prophet; but the law shall perish from the priest, and counsel from the ancients” (vv. 24-26).

Why would a merciful and just God punish so severely? Because He will not tolerate rebellion against His government and law! Because of the widespread tolerance of “bloody crimes” in our land, because of a culture which glamorizes violence in its entertainment and abandons its children morally, our Creator must punish us! The Bible reveals that a penalty must be exacted anytime God’s laws are disregarded or broken (Rom. 6:23; i John 3:4).

God’s laws, when followed, bring great peace, happiness and true freedom. The merciful, loving Creator desires our greatest happiness. It pains Him when He sees us suffering as a result of broken law. In the long run, His chastisement prevents the greater measure of suffering.

This truth underpins God’s instructions on rearing our children. As God canonized through the pen of one of the wisest men ever to live, Solomon, parents are to “Train up a child in the way he should go: and when he is old, he will not depart from it” (Prov. 22:6).

Elsewhere God says, “And thou shalt teach them [God’s laws] diligently unto thy children, and shalt talk of them when thou sittest in thine house, and when thou walkest by the way, and when thou liest down, and when thou risest up” (Deut. 6:7).

The Fifth Commandment requires children to honor their parents—and by extension every human being, including their classmates. The Sixth Commandment forbids murder. Both of these laws are still very much in effect today.

Curbing school violence must start in the home. It’s all about family. Then, after that, the problem must be addressed in schools and work places—and eventually, peace will spread to the nation and the world. That’s exactly how God will bring peace to this entire world when Jesus Christ returns! He will use family government and law to do it.

From The May 2001 Philadelphia Trumpet
View Issue FREE Subscription
Previous