Jesus said He would be in the grave three days and three nights. But Good Friday to Easter Sunday would make the Messiah out to be a liar. What is the truth about Christ’s resurrection? 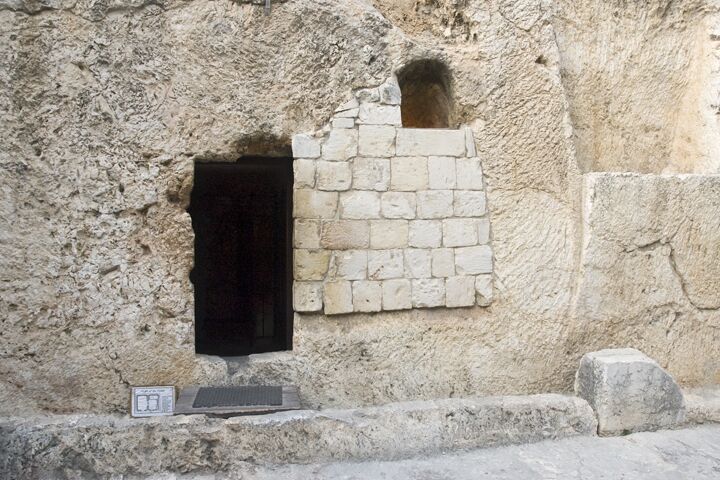 Jesus said He would be in the grave three days and three nights. But Good Friday to Easter Sunday would make the Messiah out to be a liar. What is the truth about Christ’s resurrection?

How do you know if Jesus Christ was the Messiah?

In Jesus’s day, the Pharisees asked Him for proof that He really was the Messiah, and this was His response: “An evil and adulterous generation seeketh after a sign; and there shall no sign be given to it, but the sign of the prophet Jonas: For as Jonas was three days and three nights in the whale’s belly; so shall the Son of man be three days and three nights in the heart of the earth” (Matthew 12:39-40).

That was it—Jesus Christ only offered one sign: that, like Jonah (see Jonah 1:17), He would remain in the grave for three days and three nights.

Ever since, mankind has struggled with second-grade math, trying to squeeze three days and three nights into a barely 36-hour period between Friday evening and Sunday morning.

There were no eyewitnesses to Christ’s resurrection, and there is only one historical record: the Holy Bible. Jesus Christ’s proof of His messiahship was singular: not some spectacular miracle He would perform, or proofs that only the disciples were privy to, or even the fact of His resurrection. The only proof was the length of time He would be in the ground.

On this point, there can be no contention—they are the words of Christ Himself. Why, then, would anyone believe He died on Good Friday in the evening and rose on Sunday morning? Do other portions of the Bible reveal exactly when He died and was resurrected? And what does the truth about Christ’s resurrection mean for your observance of Easter?

There is no real dispute as to the meaning of Christ’s words in Matthew 12. Certainly He knew how long a day was and how long a night was (12 hours each): “Are there not twelve hours in the day? … But if a man walk in the night, he stumbleth,” He said in John 11:9-10.

Four other scriptures confirm the period of time Christ was in the grave: Read Mark 8:31, Mark 9:31, Matthew 27:63 and John 2:19-21. All confirm the duration. If we reject that singular proof, we reject the sign that Christ Himself gave of His being the Messiah.

When Did Christ Die?

Realizing that the common belief has no connection to the scriptural record, can we ascertain which day Christ died—and which day He was resurrected? Absolutely yes!

One reason so many believe Christ died on Friday is actually quite sensible. The Bible explicitly says the day of the crucifixion was called “the preparation” (e.g. Luke 23:54). This means the next day was a sabbath. Everyone knows the Jews keep a Saturday Sabbath, so they naturally assume this “preparation” day was a Friday.

But the Apostle John was even more specific. The Jews intended to break Christ’s legs, which would have violated the prophecy that a “bone of him shall not be broken” (John 19:36; Psalm 34:20). Why would the Jews do this? Because “it was the preparation, that the bodies should not remain upon the cross on the sabbath day, (for that sabbath day was an high day)” (John 19:31).

Note that. That expression “high day” does not denote the weekly Sabbath; rather, it was one of the annual holy days listed in Leviticus 23—specifically, the first day of Unleavened Bread. If His legs were broken, Christ would die in time to be buried before the holy day arrived. But, the Scriptures show, He was already dead when the soldiers arrived.

Matthew 26 makes this timing clear: “And it came to pass, when Jesus had finished all these sayings, he said unto his disciples, Ye know that after two days is the feast of the passover, and the Son of man is betrayed to be crucified” (verses 1-2). Jesus Christ died on Passover—the same day that the Passover lamb was killed throughout biblical history! The Passover was the day before, and therefore the preparation day for, the first annual holy day.

These annual holy days can fall on any day of the week, not necessarily on Saturday. In 2002, 2003 and 2006, for example, the Passover was on Wednesday—just as it was in 31 a.d., the year of Christ’s death (as the Hebrew calendar shows). The first annual holy day was on Thursday. Rather than dying on “Good Friday,” Christ died on Wednesday, the Passover, just as the Jewish people had typified with the slaughter of a lamb for thousands of years before.

So when was He resurrected?

Knowing that this was exactly a 72-hour period, we should immediately realize that Christ’s resurrection took place at the same time of day or night as His burial.

The preparation day would end at sunset (a day ends at sunset according to the Bible; see Leviticus 23:32), and law required that the dead be buried prior to the Sabbath. Christ “cried with a loud voice” at “about the ninth hour”—an expression referring to the ninth hour after dawn—or around 3 o’clock in the afternoon (Matthew 27:46). We know then, from the scriptural record, that Christ died in the late afternoon on Wednesday (verse 50), was buried before sunset, and was resurrected on the Sabbath—Saturday—at the same time. That is the fulfillment of the only sign Christ gave: the sign of the Prophet Jonah.

A few other, related scriptures have been commonly misunderstood—most notably Mark 16:9. We read clearly that Mary Magdalene came to anoint Christ on “the first day of the week … at the rising of the sun” (verse 2). She found that the stone of His sepulcher was rolled away (verse 4). Verse 9 confirms that He had already been resurrected: “Now when Jesus was risen early the first day of the week ….” Notice carefully though: It doesn’t say He “did rise” or “rose on the first day.” It says He was risen. He had done so, as the Scriptures so clearly show, on late Saturday afternoon.

That expression—was risen—is the sole basis for the idea that Christ was resurrected on Sunday morning—yet it says nothing of the sort! Instead, it simply confirms that Christ had already been resurrected and emerged from the tomb by the time Mary arrived.

So you have a choice: You can believe the common tradition, the minister down the street and most of your neighbors—or you can believe the only sign Jesus gave, the historical record found in your Bible, and an elementary mathematical calculation.

As for Easter and its traditional Sunday “sunrise service,” there is no biblical basis for its observance. The Catholic Encyclopedia frankly admits that “the apostolic fathers do not mention it” (article “Easter”).

That’s right: The word Easter is never even mentioned in the Bible. Although “Easter” is found once in the King James translation, scholars agree that the Greek word translated “Easter” (pascha) in Acts 12:4 should be translated “Passover.” In his commentary, Adam Clarke says about this word, “Perhaps there never was a more unhappy, not to say absurd, translation than that in our text.”

The pagan origins of Easter and how it became entrenched in our culture are facts of history, easily uncovered. For more information, request our reprint article “What’s So Sacred About Easter?” Then, to gain an understanding of God’s holy days—the same days that Jesus Christ observed and that true Christians observe today—request Herbert W. Armstrong’s classic booklet Pagan Holidays—or God’s Holy Days—Which?