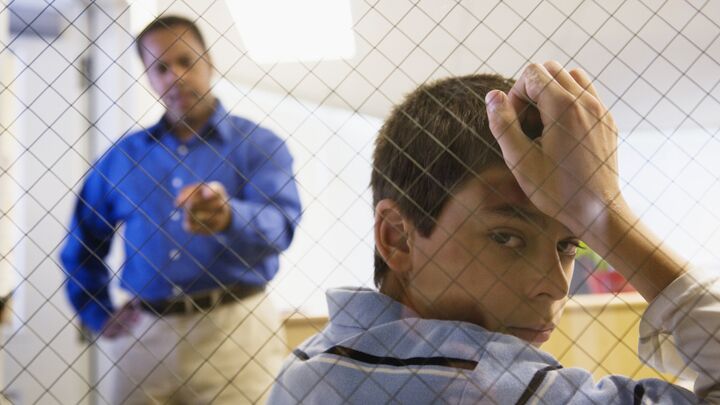 How the wheel turns.

The British brought a civilized system of disciplined education, health services and the rule of law within an orderly administration of government to many largely uncivilized quarters of the globe that simply lacked such discipline prior to colonization. Then, in the middle of the last century, the British packed up and left. In too many of their old colonies, health services immediately declined, law and order became corrupted, responsible administration of government yielded to dictators and tyrants.

But in most instances, one great blessing of British rule remained: its civilized system of disciplined education.

Having visited many of the nations that gained independence from former British colonial rule, I have always been amazed at the orderly conduct of schoolchildren and the extremely high level of commitment of teachers in these countries.

The first thing that stands out is the uniform. Often patterned after the school uniforms of British public schools—many featuring the tartans of Scotland—these uniforms serve as a great leveler to children. Absent is the competition to wear the latest high-flying brands of young fashion, a competition we see too often at Western schools, especially in America. Whatever the social or economic status of the parents, the children are all dressed in standard school uniform, creating a community cohesion and definite school spirit. It’s a type of community pride that engenders a delight in achievement for one’s school. It’s a great preparation for solid citizenship in adulthood.

But there’s another, even greater blessing that British education gave to its colonial children during the time of the empire’s greatness: discipline. The kind of imposed community discipline in the formative years of childhood and youth that, in turn, contributes to an individual self-discipline which creates an orderly citizenry within a nation.

That discipline, in more recent times, has been largely legislated out of society within Britain and its old dominions.

So it is that in this 21st century, with Britain having long trashed the virtues upon which it built the greatest empire in man’s history, the grandchildren of many of the colonized offspring of the empire, their parents having migrated to Britain, are returning to Africa and parts beyond to receive a type of education which, though a product of British imperialism, is increasingly unavailable within the mother country.

The Sunday Times reported, “Scores of British schoolchildren are being sent away to take their gcses in Ghana, exchanging truancy and gang culture for traditional teaching and strong discipline, including the cane. … For the parents it is a chance to save their children from the thuggery that has seen 21 teenagers shot or stabbed to death in London alone this year” (Nov. 4, 2007).

The Times gave the example of the Faith Montessori boarding school in Accra, Ghana’s capital. “According to Oswald Amoo-Gottfried, the school’s founder and director, the key to the success of pupils … is the kind of discipline that has long since fallen out of fashion in Britain. ‘I believe in caning,’ he declared. ‘I tell the parents: If you don’t want your child punished, then your child doesn’t belong here. … Children must be taught. You don’t sit down and discuss directions with a child—you tell them where to go.’”

The result is hardly surprising, given the constancy of the underlying principle (Proverbs 22:6) that the school’s director espouses: “His school is quiet, the atmosphere studious. … They remain silent until asked a question” (ibid.).

Our libertine, hedonistic ways have decimated the family unit. The greatest lack in so many of our homes is that of a good, strong, masculine, kindly father role model—a loving, yet authoritative disciplinarian. That’s what these children of African parents have found lacking within the very country that, in colonial times, established such a system in the nations of their ethnic origin.

To its great shame, the quality of education that the British nation established within its vast Commonwealth is no longer widely available within its own home nation! And it’s not only people from the African continent who have discovered this after migrating to Britain. Citing Amoo-Gottfried, the Times reported, “He puts the troubles of the British pupils down to a lack of good role models—a reason many West Indian families cite for sending their children to school back home.”

The paradox is that the British peoples, bloated with the false wealth that easy credit has brought to their domestic economies, seemingly so “rich, and increased with goods” (Revelation 3:17), remain largely ignorant of the reality that in fact they are “poor, and blind, and naked” when it comes to the virtues of the well-disciplined system of education that produced their great leaders of the past. That was the system that civilized the uncivilized, that brought discipline to the undisciplined within the nations that formed the once vast British Commonwealth and Empire.

So the wheel turns full circle.

Those who fled their native homelands to embrace the blessings of living in Britain now reject the simpering ways of its current education system, a system gutted of what made it great, as its rebellious people increasingly embrace the indiscipline of the uncivilized.