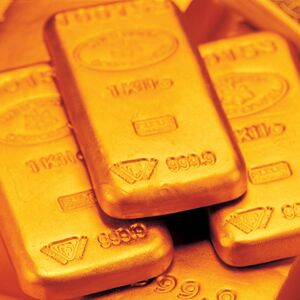 When gold goes up, trouble is on the way.

With gold setting new price records on a weekly and daily basis, maybe it is time to listen to what that “barbarous relic” (as Ben Bernanke might say) is telling us.

Since America closed the gold window in 1971 and abandoned the Bretton Woods agreement, the U.S. dollar has not been convertible to gold. The dollar became fiat and backed by nothing tangible: meaning that it only has purchasing power because of government legislation and because America’s trade partners (who have fiat currencies of their own) are willing to accept it in exchange.

But old habits die hard. People have been using gold as money for thousands of years—fiat paper money for less than 40.

To build confidence in the newly created fiat currencies, central banks around the world jacked up interest rates to reward savers of paper money, while simultaneously executing concerted and coordinated gold sales to keep the price of gold down. Eventually the plan worked and by the early 1980s, fiat money became the public norm, and gold became little more than an antiquated commodity, valued only as pretty jewelry, or by fanatical gold-bugs—or so many thought.

Just last week, that metal of kings was selling for more than $900 per ounce—a new all-time high.

With all the effort central banks have made promoting paper money and discrediting gold, does this new high carry some sort of warning?

Gold is like the canary in a coal mine. In case you are unfamiliar, during the early 1900s, coal miners would carry these birds with them down into the mine. If the bird quit singing, or worse, dropped dead, the miners knew that the air was bad and it was time to get out.

Gold is an economic canary. Historically, when the price of gold goes up, it is an indicator of probable economic trouble.

So just what is gold telling us?

Gold is an indicator of economic instability.

Back in 2002, just after gold had hit rock bottom and was being termed an irrelevant barbarous relic by many media outlets, Ron Fraser, writing for the Philadelphia Trumpet, asked: “Is gold on the comeback track? Traditionally, gold is seen as a hedge against economic hard times. Though it has shown no real sparkle for the past couple of decades, the slide of the dollar and tough times on Wall Street have brightened the immediate future of gold. In fact … some pundits [predict] that, as economic reality dawns in the collective mind of the public, gold prices might head out of orbit.”

Is economic reality finally beginning to sink in?

Is it coincidence that gold is again spiking just as some of America’s largest and most prestigious financial institutions are experiencing their worst losses ever, when a collapsing housing market threatens to help tip the economy into recession, when oil has soared to $100 per barrel, when consumer spending looks like it might be about to fall off a cliff, and when the stock market is convulsing with uncontrolled hiccups?

All-time-high gold values and economic turmoil have gone hand in hand before—as, for example, during the late 1970s and early 1980s.

Something else that goes hand in hand with rising gold prices is a falling dollar, such as we see today.

Gold is also an early indicator of future dollar weakness.

The price of gold works this way because when investors anticipate dollar weakness they dump their dollars for other currencies and precious metals. For this reason gold has been termed the “anti-dollar” by some. The more gold rises, the more dollar weakness is likely on the way.

Gold is also an indicator of inflation.

One of the primary factors behind dollar weakness is over-printing. History is littered with the wrecks of paper money adventures. In hundreds of cases, in all lands, at all times, the story has been the same: loss of confidence in and eroding value of fiat currencies. Paper money does not work; the temptation of the printing press is too great. Emperors, kings, presidents, prime ministers and central bankers have not been able to resist the temptation: When faced with economic problems or overspending, they have all chosen to create the money needed to pay bills or fight wars. It is no different in America today.

Look at a chart of money-supply growth and it is evident why the price of gold is going up: The printing presses are in overdrive. According to John Williams of Shadow Government Statistics, M3 (the broadest measure of U.S. money supply) is increasing at an astounding 15 percent annual pace. Williams says that is a rate not seen since President Nixon closed the gold window in 1971.

As more dollars are created, each existing dollar becomes worth less—thus (all things being equal) it requires more dollars to purchase the same amount of gold or consumer products.

The U.S. dollar and the British pound, two of the world’s most successful fiat currencies, have lost more than 95 percent of their purchasing power over the last 100 years.

Consider: It took from 1620 until 1974 to create the first $1 trillion in America—that’s more than 350 years. Think of all the railroads, canals, freeways, ports, factories and cities that were built during that time. Two world wars and the Korean War were also fought during this time. Contrast: Today, the last trillion took around 10 months to create—what did we get for that trillion?

But America and Britain are not alone—the global money supply is expanding at a rate unprecedented in all history.

No wonder gold is rising against all currencies.

Lastly, gold is also an indicator of confidence in the world’s financial system.

All currencies are falling in value—some are just falling faster than others. In today’s backward world, nations race to competitively devalue their currencies so as to gain advantages in trade. A weaker currency means exports become cheaper than the foreign competition. More exports mean more jobs, and more jobs mean a better economy—or so the theory goes. The facts that the wages workers earn are continually worth less, that prices continually rise, and that the purchasing power of any bank account is eroded—are ones that central bankers and politicians hope will go unnoticed.

But the collective memory of thousands of years of paper money adventures does not disappear in just 40 years. Weimer Germany; France’s currency crises in the early and late 1700s; more recently, the Argentina peso crisis and Zimbabwe’s 15,000 percent inflation come to mind. The list of failed currencies goes on and on, and in each case it was the average person who, caught unaware, saw his standard of living fall the most when the currency came crashing down.

“Gold’s newfound strength is a sign that the world’s misplaced confidence in central bankers, and their alleged commitment to limiting the issuance of currency, is finally coming to a long overdue end,” wrote Peter Schiff in 2005.

The days of ignoring economic reality may also be coming to an overdue end. Gold is just one indicator among many flashing warning signs. A global financial crisis is on the way.