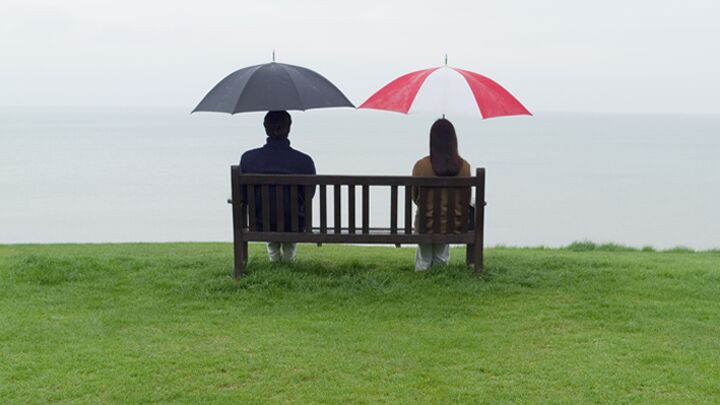 Some people think utopia is a place where sex is meaningless.

A group of lawmakers, judges, lawyers and educators in America, Britain, Canada and elsewhere want to engineer a world free from oppression and hate. They want to introduce a golden age of tolerance and understanding. They seek a society where everyone is accepted, where no one is condemned, where everyone feels emotionally validated, where no one’s feelings are ever hurt.

It is a world where the line between male and female doesn’t exist. Where not only is it just as common to be homosexual or bisexual as heterosexual, but every person has the choice—with society’s full, unflinching support—to act, dress or even biologically exist as either male or female, or anything in between. Where a school teacher, police officer, priest or president can be a man who likes wearing dresses and high heels, and anyone who expresses discomfort over the idea can be silenced with the full force of the law.

This utopian world removes pressure on singles to marry, pressure on married people to remain together, pressure on parents to make sacrifices for their children, and pressure on children to view their parents as authorities. In other words, it undermines the pillars of family life.

Proponents of this vision overlook, ignore, dismiss and ridicule any evidence that exposes the flaws in their thinking. And of that, there are mountains. Evidence showing biological, emotional and mental differences between men and women. Evidence showing the benefits of traditional marriage to both husband and wife, as well as society at large—and the high costs associated with its dissolution. Evidence showing the enormous advantages to children—in personal safety, academic performance, financial well-being, emotional stability, self-respect, and assimilation into law-abiding adult life, among other things—of growing up under the same roof with both biological parents, a living arrangement built upon a strong, stable relationship between a sperm-producing adult male and an egg-producing adult female.

Nevertheless, the reality-challenged individuals who refuse to acknowledge this evidence sit in some of the most powerful offices in Western civilization.

Such is the state of our society after decades of determined chipping away at the foundation of traditional family. Views that once inhabited the shadowy fringes are stomping their way into courtrooms and legislative chambers. Bit by bit, activist leaders are codifying their twisted vision into reality, aggressively introducing new laws and filling the judicial record with new precedent, giving them the legal power to stamp out dissent.

One of their most recent victories occurred last October in California. The Golden State’s famous governor signed four bills into law, three of which criminalize behavior deemed discriminatory against cross-dressers, bisexuals and homosexuals (the fourth law enables homosexual couples to share a last name as if they are married). Specifically, one law strips state funding from any program guilty of such discrimination, another mandates that no instruction in public schools “promotes a discriminatory bias,” and a third demands that all public schools prominently display anti-discrimination policies.

The “discrimination” in these laws is broadly defined, including any bias against anyone based on “gender.” If you are unfamiliar with what this term has come to mean, allow the new California law to explain it to you. “Gender … includes a person’s gender identity and gender-related appearance and behavior whether or not stereotypically associated with the person’s assigned sex at birth” (emphasis mine). In other words, if Burt wants to wear lipstick and panty hose and call himself Bertha, the law now obligates everyone to pretend as if this is perfectly sane behavior.

Illegal discrimination now includes anything “perceived” as different treatment because of behavior “perceived” as not stereotypically male or female. It includes anything that might suggest that a child living with biological Dad and Mom is advantaged over someone living with a single homosexual man or woman who has multiple partners. It could include a business treating a cross-dressing job applicant different from anyone else. It could include a reference to family in a school textbook that fails to mention it’s just fine if it involves a homosexual couple. You can be sure that zealous lawyers are itching to test the new laws by putting such “crimes” on trial.

California is now one of nine states with explicit non-discrimination laws for transgender individuals. By January, similar laws will also be in effect in four other states. Thus, against all common sense, gender confusion is protected by law—placed in the same category as biological realities like race and sex.

The implications of these laws are enormous. Universities nationwide are hosting gender-neutral student housing, bathrooms and locker rooms; transgender law advocates are pushing for student health insurance plans to include hormones and “sex-reassignment surgery.” Last year, New York City’s homeless shelter system, which segregates men and women, began allowing people to decide which shelters to use based on whether they “feel” male or female. Some people are pushing to open women’s public toilet facilities and locker rooms to Burts-turned-Berthas everywhere. Thus, to protect the right of a man who says he feels more comfortable as a woman, the law is preparing to trample on the right of women who feel more comfortable in public bathrooms devoid of perverted men.

That is the truth of the matter. If you think these social engineers are preaching a doctrine of tolerance, think again. Theirs is a deeply intolerant world view. They demand that the world conform to their thinking.

The push for transgender rights is a religious mission, aimed at converting the hearts of men. Its missionaries want the nation to repent of its archaic attachment to the traditional family, and to become devotees to the cross-dressing, bisexual and homosexual cause. The only victory is complete victory. Until transgender crusaders achieve this utterly impossible goal—every individual a true believer—they will continue their battle, using every tool of coercion they can summon.

These relentless efforts—which are only the latest and most extreme in a drive over the past half century in particular to equalize the sexes—have completely obscured an important question.

Why are people male and female?

Have you ever thought about that?

It is a conundrum that both creationists and evolutionists must wrestle with. For the person who doesn’t believe in a Creator, it requires explaining how, by natural means—by accident and not by design—humanity (and so many other living creatures) came to exist in two distinct groups, different yet the same, mutually dependent upon the other for procreation. But even for the creationist, the question can be equally puzzling. Why did God make male and female?

Can those who push transgenderism on the public acknowledge the possibility that sex is not an accident of evolution, nor an arbitrary ornament on creation, but a conscious, deliberate choice with design and intent made by a super-intelligent Creator? Are they completely unwilling to consider the reasoning, the logic, in His decision? This God who reveals Himself in the Bible claims that His thoughts are higher than our thoughts (Isaiah 55:8-9). Is it possible many have allowed their mind to be prejudiced against His superior thinking by simple peer pressure—the intellectual bullying of a society that is almost wholly hostile toward its Creator?

Scripture shows that in creating humankind in His own image and likeness (Genesis 1:26), God made a conscious decision to make us male and female (verse 27). Why?

The push to replace biological sex with “gender identity,” and to consider sexual orientation an individual choice, in effect treats this essential component of creation as if it were mere decoration—even a mistake on God’s part.

A proper approach to transgender behavior must start with a scriptural understanding of this question. There is a reason God says in Deuteronomy 22:5, “The woman shall not wear that which pertaineth unto a man, neither shall a man put on a woman’s garment: for all that do so are abomination unto the Lord thy God.” Our world provides a growing body of testimony to the confusion that results when God-given laws like this are ignored.

On the surface, preventing society from badgering poor, gender-confused individuals may sound like a worthy goal. But this cure is far worse than the disease. Rather than helping people overcome thoughts and tendencies that lead to self-destructive, depressive, anti-social behavior, the transgender crusade encourages and inflames them—and forces everyone else to play along. In purporting to solve a problem, it multiplies it many times over.

Study after study proves that family as God intended it to be is the ideal situation for everyone involved—and for society in general. That is reality no matter how much people want to pretend otherwise to try to avoid hurting people’s feelings. True, in our unhappy world, for a variety of reasons, many people do not have that ideal and cannot attain it. But the fact remains, it is in everyone’s best interest to promote the ideal as much as we can.

If you study to understand the biblical view—the God-given reasons for male and female, for marriage and family—you will come to understand a wonderful truth: that sex is not meaningless. In fact, it has tremendous meaning—beautiful significance. The truth about sex, when understood in all its richness, contains a dynamic hope that will fill the life of anyone who embraces it with a deep appreciation for our God-given purpose. (If you are interested in such a study, consider as a starting point Herbert W. Armstrong’s slim but profound booklet Why Marriage! Soon Obsolete?, free upon request.)

Don’t believe misguided social engineers. Believe the One who engineered sex in the first place. He is about to usher in a true utopia—one where strong families are right at the heart.