Have we become our own enemy? 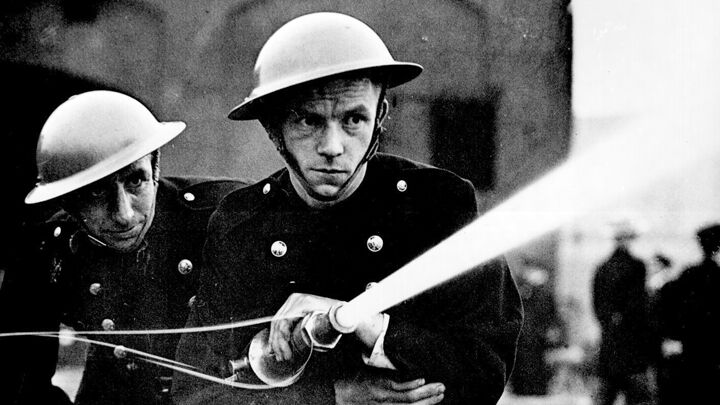 Have we become our own enemy?

As I stood, looking out over the fields, it wasn’t difficult to allow my imagination the freedom to hear the roar of Spitfires and Hurricane fighters, their Merlin engines interrupting the soothing lyrics of a popular song of the times: “There’ll be bluebirds over / The white cliffs of Dover…. / Just you wait and see.”

My wife and I had just spent the afternoon visiting the Battle of Britain Museum at Hawkinge and were waiting in the misty rain as my gaze roamed over what remained of that glorious time. Now, Hawkinge Airfield is being dozed up for new housing, its history just a fading memory—mute testimony to the former glory of England in its finest hour. In the Autumn of 1940 however, it was vital, as directly across the English Channel from nearby Folkstone and Dover was a mighty foe.

In his September 11, 1940, radio speech, Winston Churchill said, “We must regard the next week or so as a very important period in our history. It ranks with the days when the Spanish Armada was approaching the channel, and Drake was finishing his game of bowls; or when Nelson stood between us and Napoleon’s Grand Army at Boulogne. We have read all about this in the history books; but what is happening now is on a far greater scale and of far more consequence to the life and future of the world and its civilization than those brave old days.”

And so it proved to be. Just as Churchill had forecast, the next few weeks of September were a time of extreme crisis. But the dauntless pilots and crews of the Royal Air Force of that time responded to the call and went on to prevail in the Battle of Britain, ending attempts to destroy England from the air.

In those days of 1939 to 1945, Britain and its empire pulled together. The nation and its colonies had to, because they were met by a strong and resolute enemy. The battle became a common effort. Joined later by the American Allies, the war continued to be personal to the citizenry. The common denominator for everyone was “duty, honor and country.”

How markedly different from today. Those who study war know that when “duty, honor and country” are lost in the individual, the nation always falls. That’s why the English-speaking nations of the world are in such deadly peril!

A recent article in the British press painted a picture of the country today. After World War ii, when peace once again prevailed, a 21-year-old Royal Air Force volunteer, Edith Kup, became a social worker. She sums up the difference between the time of World War ii and the year 2000 in one word: determination. “I’ve never seen determination like it in my lifetime, and I don’t think I could see it today” (Spectator, Sept. 30). Instead, she sees ill-discipline and over-indulgence.

The British reporter went on to relate Edith’s observations of the changes that have taken place in society over a period of 60 years, saying that she thinks “Britain used to be a better, braver place. In return for all the freedom, the fun and the civil rights that we enjoy today, she feels that values which meant so much in 1940 have been downgraded and even, at times, derided: values such as duty, self-reliance, respect….

“Recently, in London’s New Cross, I came across a group of bored-looking teenagers at the railway station casually abusing customers as they walked past. Some got spat on, some got attempted trip-ups…. No one dared challenge them—not their victims, not the numerous Connex staff in their raf-blue uniforms, not even me…. There’s a kind of slovenly cruelty, an off-hand rudeness about today that, I strongly suspect, was nothing like as common then” (ibid.).

Does this sound like a country of people with a sense of duty? A sense of honor? Do we see evidence of honor shown to neighbor—let alone country?

We are in the days of fulfilled prophecy. Notice Isaiah 3:4-5: “And I will give children to be their princes, and babes shall rule over them. And the people shall be oppressed, every one by another, and every one by his neighbour: the child shall behave himself proudly against the ancient, and the base against the honourable.” God is clearly speaking about a breakdown in the sense of duty, honor and country in individuals.

America and Britain have a “fifth column” in their midst—a foe aiding the enemy from within. It involves destruction of the devotion to duty, and honor to country and God, in individuals and in families.

A nation rests fundamentally on the morality of its people. Even though they will seldom publicly admit it, Western liberals have done a more effective job than Marx, Engel, Lenin and Stalin in undermining Western social values.

The stated mission of West Point Academy is: “To educate, train and inspire the Corps of Cadets so that each graduate is a commissioned leader of character committed to the values of duty, honor, country; professional growth throughout a career as an officer in the United States Army; and a lifetime of selfless service to the nation.”

It would be well for America and Britain to seek that goal of character training committed to the values of duty, honor and country! It’s either that, or the enemy within—our own sins and failures—will soon overtake us.