History shows how easy it is to ignore danger. 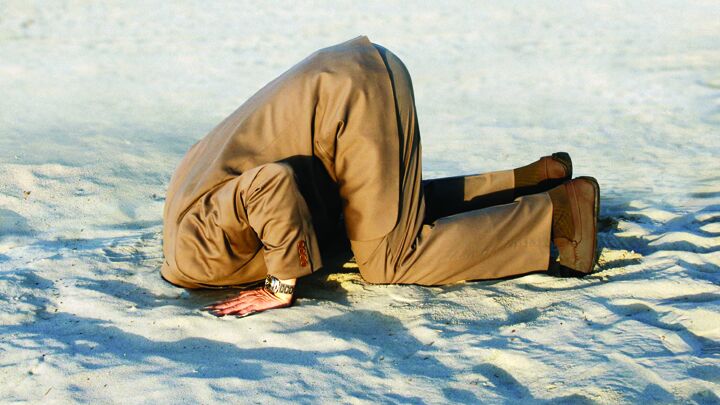 History shows how easy it is to ignore danger.

A recent visit to Australia left me noting one glaring similarity between Aussies and Americans. The leftists have brainwashed both societies into living in a fool’s paradise.

They have accomplished this in each of these countries since World War ii by a combination of deft use of the education system, a takeover of the mass media, and promulgation of liberal-socialist legislation by the left.

It is no mere coincidence that the last great crop of leaders of real character, of true statesmen and heroes in battle, emerged from the pre-World War ii, pre-liberalized education system.

By contrast, the free democracies of the world (largely comprised of the English-speaking peoples) are today being led by prime ministers and presidents who developed as individuals within post-World War ii society. These have been the years of the feminizing of society, the blurring of gender roles, the emasculation of language, and the neutering of anything that might smack of the old values upon which our respective nations were built.

We now live out the legacy of the Marxist-Leninist theoreticians’ takeover of education in the ’60s, its flower-power results of the ’70s, the corporate greed backlash of the ’80s, and the self-fulfillment rush of the ’90s. Today we see the high penalty we must pay for satiating our senses at any price: the accelerating meltdown of the whole post-war system!

Read the signs: The consumer society is simply doomed!

Whether it be our national debt, the state of our increasingly incompatible multicultural societies, the transfer of major industries offshore, the conversion of our once-great agricultural export economies into net importers, the volatility of our stock markets, the increasing gender confusion within society, or the rising hatred for people of Anglo-Saxon and Judaic stock—threats to the freedoms hard won in World War ii currently abound.

What is it about us essentially peace-loving, generally good-natured Anglo-Saxons that causes us to ignore any powerfully aggressive threat to our freedoms until our enemies try to smash us?

Should it not have been obvious, given their history, that the Teutonic peoples of Europe would use the Treaty of Versailles as a cloak under which to heap retribution on those nations that humiliated them in World War i? Ought it not to have been self-evident that a signature on a piece of paper of a rabble-rousing, Jew-hating tyrant gave absolutely no protection whatsoever against his imperialistic drives in 1939? Should it not have been clear to all that a corpulent, gun-toting, scraggy-bearded Palestinian addressing the United Nations was simply enhancing his platform calling for the annihilation of the tiny nation of Israel? And should it not have been apparent to any level-headed political leader, looking into the eyes of a former Russian kgb agent who suddenly rises to the presidency of his own country, that he is certainly not “a man I can trust”?

Reflecting on better times, British politician Lord Hailsham, in an address to the Churchill Society in Canada, raised the question, “Has anyone paused to wonder whether the ideas and the ideals which this great man [Churchill] fostered and defended in his long public life have worthy defenders left upon this Earth today?” Lord Hailsham added, “History is now, and no one knew better than Winston that history is, always, ours to make” (The Heroic Memory).

Any realist would have to agree that the history that Western—in particular Anglo-Saxon—civilization is writing today is a history we are bound to regret.

Western society’s decline may have been accelerated by the events of 9/11. The signs are, its fall is but a matter of time. But, inevitably, history shows, we will have to learn this the hard way.

As we either ignore or remain willingly ignorant of the hard facts of the impending doom of our hedonistic way of life, will it yet again take an enemy intent on smashing us over the head to wake us up to the reality of our great moral decline into Romanesque decadence?

While Western mass media remain stupidly hypnotized by a petty Persian windbag and lesser extremist Islamists loud on rhetoric and great on blowing themselves and others to bits, we ignore one great fact of history. The major threats to the freedoms of the Anglo-Saxon peoples have always been initiated from the continent of Europe.

Though Imperial Japan did raise a dire threat to our existence in World War ii, it did not initiate that war on the West. The two greatest wars in man’s history were launched against the free West from Europe.

That such a catastrophe could again be perpetrated against our shores from Europe is incomprehensible to our educationalists, our politicians, press and mass media. But inerrant Bible prophecy clearly indicates that it will happen yet once again!

You need to study our booklet revealing the prophecy of Nahum for real insight into the history and the future of a great nation even now on the verge of grasping the power to instigate such an act.

Our prayer is that you will break out of the fool’s paradise that currently enraptures Western society, and really WAKE UP to the reality of what is truly happening on the world scene … before it is too late!