Russia’s president has revealed his intent to hold power beyond his legally prescribed limit. Few are surprised—and no one can stop him. 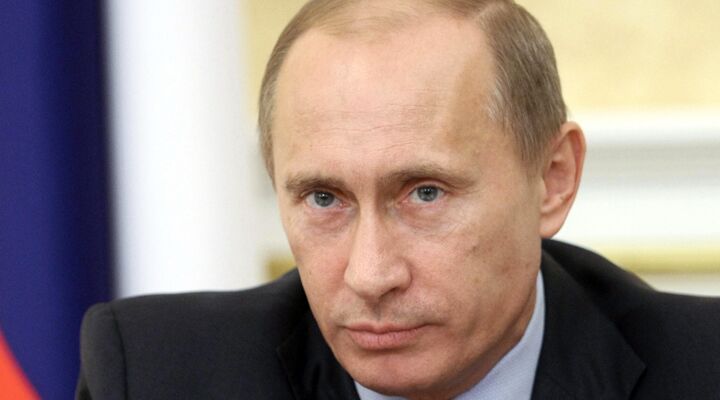 Russia’s president has revealed his intent to hold power beyond his legally prescribed limit. Few are surprised—and no one can stop him.

Vladimir Putin is ignoring a lot of lectures from the West lately. Lectures chiding him for his return to Communist-style rulership tactics. Lectures about the importance of democracy. Lectures from people genuinely concerned that Russia has become a bit too powerful for everyone’s good.

President Putin can well afford to ignore those lectures.

Most people in the West shed no tears after the Soviet Union dissolved and Russia stumbled and bumbled through the 1990s. Vladimir Putin shares the sentiment of most of his countrymen—that the 1990s were a decade of humiliation. Since assuming the presidency in 2000, the shrewd ex-kgb agent has gone about setting things right again. And he has largely succeeded.

He has systematically streamlined his nation’s political architecture in order to amass his personal power. He has consolidated and nationalized his nation’s formidable energy resources and used them as foreign-policy weapons. He has overseen an oil-and-gas-driven economic revival. He has rebuilt his nation’s military.

In the process, Putin has brutally squashed an uprising in Chechnya, clamped down on independent Russian media, attacked human rights organizations, and intimidated his rivals into silence. His government has been implicated in several shady incidents: the poisoning of pro-Western presidential candidate Viktor Yushchenko prior to Ukraine’s 2004 elections; a massive cyberattack against Estonia after it moved a prominent Soviet-era statue; the murder of journalist Anna Politkovskaya; the lethal poisoning of spy-turned-Putin-critic Alexander Litvinenko.

In short, Putin has engineered a remarkable, mercurial return to international prominence and power for Russia—and in classic Russian authoritarian style.

And while foreigners lecture him nervously, Putin’s popularity among his people soars between 70 and 80 percent.

Apparently, most Russians simply don’t balk at authoritarianism. It is in their blood. Post-Soviet efforts to remake Moscow into a representative government couldn’t erase the indelible stamp that centuries of despotic czarist and communist rule left upon generations of Russian minds.

In his book Our Culture, What’s Left of It, Theodore Dalrymple reviewed Marquis de Custine’s work La Russie en 1839, a deeply perceptive analysis of Russian society under the czars. “[O]n the basis of his understanding of the Russian character, Custine could prophesy [in 1843] that within two or three generations a violent cataclysm would occur that would spell not liberation but a renewed and more terrible form of despotism, for men with souls molded by czarism would have no vocation for freedom,” Dalrymple wrote. “The turmoil that Russia has experienced in escaping the legacy of communism would not have surprised Custine in the least, nor would he have expected a happy outcome at any time in the foreseeable future” (emphasis mine).

Little wonder, then, that lectures from foreigners (and, to this point, that is the extent of the international response to Russia’s reversion to authoritarianism) have done nothing to curb Putin’s actions.

In fact, with America mired in the Middle East, with Europe still acutely dependent on Russia’s oil and gas, with China and other Asian nations strengthening ties with Moscow, with his domestic enemies silenced and his people behind him, Vladimir Putin has a remarkably free hand to mold his nation’s future as he wishes.

“The Beginning of the Putin Era”

There is one slight road bump: The constitution (adopted in 1993) demands that Putin vacate the presidency when his second four-year term ends March 2. It is becoming clear now that he will circumvent this limitation with ease.

Speculation on how he would do it has roiled for years. On September 12, the answers started to come. In keeping with a pattern of extreme actions he has taken throughout his presidency in order to consolidate his power, Putin dismissed the prime minister and dissolved the government. The prime minister claimed to have requested the action because, in the words of Fox News, “with elections approaching, Putin needed to have a free hand to make decisions, including those concerning appointments” (September 12). Putin installed a virtual unknown into the prime minister’s office.

Then on October 1, Putin provided a solid clue as to the course he may take: He suggested that after elections, he could assume the prime ministership himself. The Russian Constitution is ambiguous enough that, with a simple majority vote in parliament, he could reinvent the post to become the most powerful in the nation, reducing the presidency to a ceremonial role.

In addition, Putin broke from his policy of refraining from membership in any political party. October 1, at a party congress, Russia’s leading party, United Russia, invited the president to join; Putin replied, “I thankfully accept your proposal that I should head the United Russia ticket”—thus marking his entrance into parliamentary politics.

Putin has said he favors lengthening presidential terms to five or seven years, but that he won’t change the constitution as president. This comment led to speculation about whether he might go ahead and change it once he becomes prime minister. The Sunday Times reported that a group of former kgb officers in the Kremlin are urging him to do just that, and to then, after a short span as prime minister, reassume the presidency, extending his reign for 14 more years. “This is only the beginning of the Putin era,” said Russian political consultant and analyst Vyacheslav Nikonov (October 7).

“For him, Russia is a great power, and it will be back as one of the biggest powers,” Russian expert Pierre Lorrain said. “Putin wants to be the man that makes that turnaround” (Christian Science Monitor, October 4).

In another move to strengthen his power, Putin has pushed through new election rules that will almost certainly eliminate the last pieces of parliamentary opposition to the Russian president. The rules may give United Russia up to 75 percent of the vote in the country’s December 2 parliamentary elections.

Under the new rules, Russians will vote for parties rather than individual candidates. In addition, the Kremlin now requires each party to carry 7 percent of the national vote to gain seats in the Duma, Russia’s legislative body, up from 5 percent; and each must prove to the Kremlin that it has 50,000 members, up from 10,000, in order to be considered an official party.

“This is the first time in post-Soviet history when only the Kremlin decides who can participate and who can’t,” minority party mp Vladimir Ryzhkov said.

Reports suggest that minority parties have been disbanded even if they meet the new standards. Ryzhkov’s Republican Party was dissolved this year under these pretenses, though Ryzhkov said it easily met the requirements. The Other Russia party has also been disbanded.

This is precisely the kind of behavior that gives people in the West Cold War nightmares. European leaders are especially nervous because of their bloody history with Russia—coupled with their uncomfortably deep need for Russian energy.

By stark contrast, the Russian establishment and most of the Russian people are tickled. “Most Russians want Putin to stay on because they feel he is giving them back their pride,” says Russian political commentator Vladimir Pozner.

Russia is embracing an authoritarian leader driven to pilot his nation back to the great-power status he feels it deserves. This development has dangerous implications.

Already, Putin has shown himself committed to undermining U.S. and European policy on Iran. Virtually the entire Western world is unified in at least some effort to keep nuclear weapons away from this terrorist-sponsoring state. Putin’s Russia, by contrast, has defiantly supported Iran’s nuclear program and exercised its position on the UN Security Council to undercut U.S.-led attempts to punish Tehran. In a visit to the Iranian capital in October, he made it clear that Russia would prevent the Caspian states from participating in any U.S. military strike against Iran.

Another major point of contention is Kosovo. Europe and the United States have endorsed Kosovo’s bid for independence from Serbia; Putin has said he will back Serbia—an endorsement that single-handedly threw into question a thorny issue Europe had already considered resolved.

“From the Baltics to the Balkans, Russia’s resurgence is beginning to tie Europe in knots; creating tensions among nations and fears of ethnic instability and border disputes, and divisions between the U.S. and its continental partners,” reported the Christian Science Monitor. “In nearly every key relationship Russia has with Europe, the Kremlin under Vladimir Putin … has pushed its way back to a central place at the decision-making table on Kosovo, Iran, energy, military alliances, and nuclear proliferation. And as a key supplier of natural gas to Europe, it’s managed to do so at very little economic risk to itself, say diplomats and experts in Europe” (ibid.).

In the background of the whole issue is the fact that this former superpower is loaded with nuclear weapons—a fact Putin enjoys reminding the world of from time to time. October 18, for example, he announced plans—which he called “not only big but grandiose, and … fully realistic”—to modernize Russia’s military and bolster its “nuclear triad” with new missiles, bomber aircraft and submarines. Not only can Russia credibly back its foreign policy with the threat of using weapons of mass destruction, but it can also share that devastating technology with anyone it may consider an ally in its campaign to level the global playing field.

Biblical prophecy clearly describes the inevitable return of Russia as a great power. It shows how Russia’s resurgence will help ignite and draw together a European superstate—and subsequently contribute to an enormously destructive world war. (Request your free copy of Russia and China in Prophecy.)

Under Vladimir Putin, we are witnessing this transformation take place before our eyes.

And though many nations don’t like what they see unfolding, they can do little to stop it.