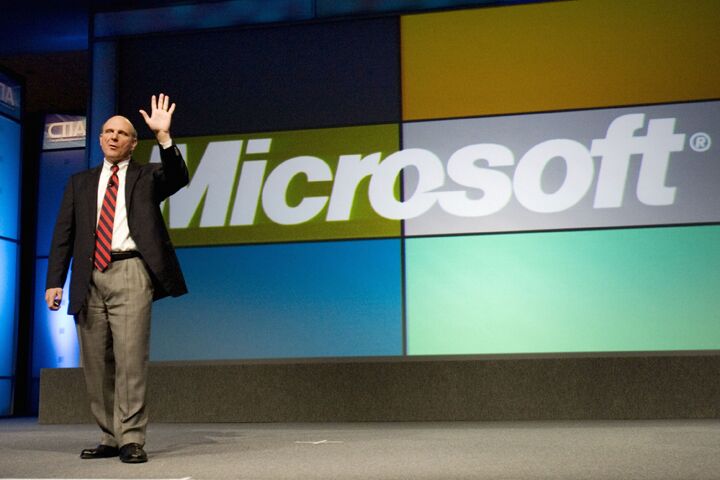 After almost 10 years, the EU’s battle with Microsoft is over—and the EU is the decisive winner.

Microsoft officially ended its opposition to EU regulation on October 22. In the final negotiation between EU Competition Commissioner Neelie Kroes and Microsoft President Steve Ballmer, Microsoft acquiesced to all of the European Union’s demands. Ballmer laid Microsoft’s operating system bare to competitors, reduced its royalty collection to a token sum, and promised to cease opposition to the EU’s historic fines, which estimates say could reach $1.5 billion. In return, the EU commissioner paid for Ballmer’s dinner.

In its analysis, Reuters reported that Microsoft would end its “three years of resistance,” but the struggle actually began almost a decade ago. The first shot was fired in December 1998 when Sun Microsystems, one of Microsoft’s rivals, filed a complaint that Microsoft provided insufficient information for Solaris (Sun’s operating system) to interoperate with a Windows server. In 2001, the European Commission issued a statement of objections, warning Microsoft that it may have violated EU antitrust laws. The EU didn’t want a single body to wield too much power—unless it was the EU.

The Commission also objected to the bundling of Windows Media Player with Windows. Note that the original complaint was about the low-end server market, which no one uses to play the top 40. Nor has Windows Media Player ever prevented anyone from installing a competitor’s program—just ask anyone who has ever installed iTunes, Real Player (which was behind the bundling objection), Winamp, or any of the many other alternatives.

In March 2004, the European Commission (EC) found Microsoft guilty of abusing its market position in violation of EU competition law. Since that time, the EC has ordered Microsoft to pay a gargantuan fine ($613 million), to provide documentation for its competitors to achieve interoperability with its products, and to provide a version of Windows without a media player included at all. When Microsoft did provide exactly that, the stripped down “Windows-N” accounted for less than 1 percent of sales. Apparently, consumers didn’t want reduced functionality for the sake of a government regulatory board decision—they preferred to decide for themselves.

Microsoft legal chief Brad Smith was nonplussed, responding, “We’ve shipped a new version of Windows, we’ve paid a historic fine, and we’ve provided unprecedented access to Microsoft technology to promote interoperability with other industry players. In total, we have now responded to more than 100 requests from the Commission” (bbc News, Dec. 22, 2005).

It wasn’t enough. Additionally, on Jan. 25, 2006, Mr. Smith announced that Microsoft would license the source code for its Windows operating system to its competitors—another serious step, but one that still did not prevent what would ultimately become hundreds of millions of dollars in fines.

The EU went beyond what was required to please Microsoft’s rivals. By requiring “full interoperability,” the EU essentially forces Microsoft to not only make its software compatible with its rivals, but also to disclose exactly how its software works—in other words, to give away the result of its millions of dollars in research and product-development expenses. Its competitors, now privy to those results, have a significant body of work already completed for them. It would be illegal to reverse-engineer a competitor’s software to obtain similar results, but now there is no need: Microsoft is now forced to give that knowledge away.

Microsoft has also reduced its royalty fees for a worldwide license with patents from 7 percent to a paltry 0.4 percent. If that is deemed too steep, a simple €10,000 payment will open the door to full access and interoperability information. Plus, Microsoft is forbidden to assert its patents against non-commercial open-source programs.

Commissioner Kroes has painted the bullying of Microsoft as a “victory for the consumer.” Meanwhile, the EU grows into the world’s most omnipresent regulating body. It has successfully enforced rulings on a foreign company and established a precedent that has broad implications for the entire world’s software market.

One, the idea that software makers must expose their design secrets is appalling. Two, the notion that added functionality should require a new product, new pricing, and separate availability has broad implications for many software makers. For instance, Apple’s entire business model is predicated on closed systems controlled exclusively by Apple with a single operating system. Microsoft’s latest operating system, Windows Vista, has four different levels. No consumer wants that—but the EU does. The losers here are many—and, contrary to Commissioner Kroes’s assertion, the consumer is among them.

Microsoft would never have lost this case in the United States, where regulatory standards are less strict. As Nicholas Economides from the Stern School of Business observed, this means “global companies need to comply with the most strict antitrust standards, wherever they may be, and however they may evolve.” Since the strictest standards will always be those of the EU Commission, Europe has guaranteed its position as the regulatory body of the world.

The EU has already demonstrated that it wields sufficient power to topple the Microsoft giant, and the U.S. did nothing to intervene. Consequently, the U.S. has lost the right to regulate how business is conducted by U.S.-based businesses. Other technology companies—Intel, amd, Apple, Sony and Toshiba—have already begun to feel the EU’s regulatory weight. Now, these companies know they will have to fall in line with EU regulations, not U.S. law. For more information on how these companies have been targeted by the EU, read “The Long Arm of European Law” from the October Trumpet.

The goal for Europe is global dominance in the business world—a goal made far more achievable when it serves as both judge and jury, even overseas.