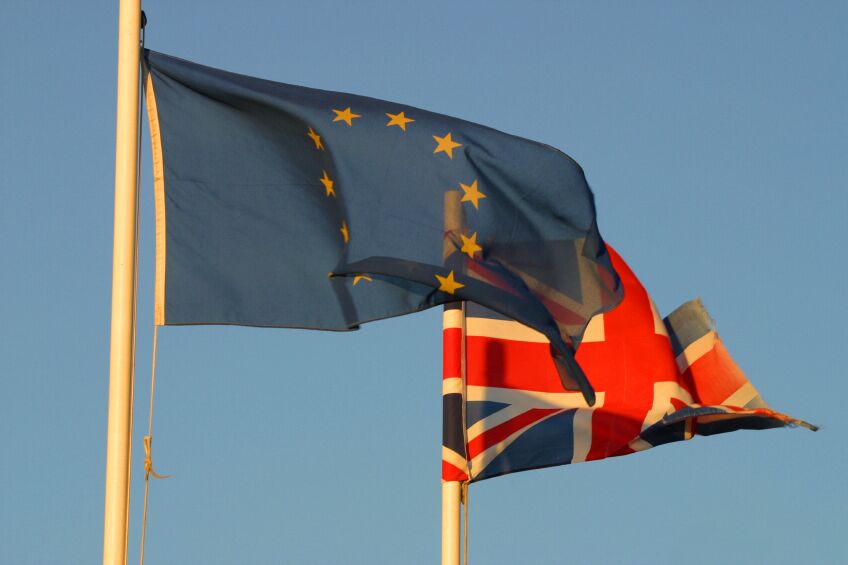 How fundamental differences between Britain and the Continent have doomed the floundering European unification project.

Soon, Britain will not be a member of the European Union.

Many may consider such a prognosis unfounded—even diabolical—but it is a reality steadily coming into sharper focus.

The Trumpet has monitored Britain’s relationship with the European Union for more than 15 years, and we have regularly explained why we believe Britain will eventually leave or be banished from the EU camp.

Today, even as secession becomes a distinct reality, many people still disregard the notion of a united Europe minus Britain. After all, since 1973 London has been a stalwart member of the European community, and one of its most influential and dominant states.

But that doesn’t negate reality. Though some consider a British withdrawal unlikely, this does not diminish its inevitability.

Many journalists and analysts are debating whether or not London will sever its ties with Brussels. Too few are considering the more critical question: What are the implications of a British secession?

Barring full-on invasion or perhaps a massive global economic crisis, no event could have more colossal implications for Europe than Britain’s withdrawal from the EU. It will be a revolutionary and defining moment in European history.

To grasp the implications, we must understand Britain’s role within the Union since its triumphant entrance on Jan. 1, 1973, a day that has proven crucial in EU history.

On that day, Britain became a millstone around the neck of European unification—a weight not quite heavy enough to sink the concept of integration, but burdensome enough to prevent it from ever becoming a rip-roaring success.

The reason for Britain’s millstone role is essentially an issue of conflicting perspectives and motivations toward Continental integration.

Conceived after World War ii, the modern concept of European integration began for a number of reasons. In public discussion it was considered a tool to promote mutual economic prosperity for European states. There was also much talk among France and the Benelux nations in particular of how a unified Continent would constrain Germany from starting another war, as it had done twice that century already.

What was not publicized widely was the ultimate aim of the union’s founding fathers to take this trading combine into a final phase that would unite Europe economically, monetarily, industrially, politically and, finally, militarily. In point of fact, their goal in uniting Europe was imperialistic from the beginning. That goal was to remain largely hidden for the following 30 years under the mask of common trade interests.

British perceptions of European unification were always quite different. For Britain, which was politically well-established, economically stable and militarily and strategically secure (thanks to its relationship with the United States), integration with Europe remained principally an issue of economics, a way it could strengthen its economy by forging deeper trade and commercial ties with the Continent.

While European nations seeking political security and a stronger global presence perceived integration as a necessity, Britain saw it as a luxury (albeit, for some, a necessary luxury). Brussels’s need for prosperous, advanced London was far more intense than London’s need for gaunt, weak Brussels.

This divergence in perceptions and motivations has plagued Britain’s relationship with the EU for the past 34 years.

Since 1973, the general perception by British leaders that integration with Europe was more option than necessity made them distinctly casual, even skeptical, about unification. The result: Every time British leaders sit at the negotiating table with European leaders to hash out plans for further integration, they inherently possess a stacked hand. Ironically, the fact that Britain doesn’t need European unification nearly as much as European states do gives it the freedom to demand more from the Union.

This divergence in perceptions has manifested itself regularly over the years, and is the fundamental reason for London’s precarious relationship with Brussels, a relationship that vacillates between cordiality and outright contention. Like a carefully weighted millstone, Britain has displayed enough enthusiasm and political adeptness to avoid tanking the unification project altogether, and enough pessimism and caution to consistently prevent full integration.

This equation manifests itself virtually every time Britain signs an agreement with the EU. Consider the Maastricht Treaty of 1992. Though British Prime Minister John Major finally put pen to paper, ratification came only after Britain had infuriated the rest of Europe with its sloth-like lack of enthusiasm, opinionated opposition and staunch demands. The British Parliament only signed the treaty after it had secured opt-outs from the Social Charter and guidelines for a single European currency. Even after these compromises, the decision to sign the treaty barely passed Parliament.

Earlier this summer, as European leaders gathered in Brussels to nail down the EU reform treaty, Britain weighed the process down by demanding exemption from certain laws and laying out a series of redline issues on which it refused to compromise. True to form, Britain again demanded the right to opt out of the EU’s Charter of Fundamental Rights.

Though the independence afforded Britain serves British leaders comparatively well, it has only frustrated their counterparts on the Continent, particularly the ambitious Eurocrats bent on furthering unification. France and Germany in particular have often aired their annoyance over London’s weak-willed and oftentimes contentious approach toward integration.

A British withdrawal will fundamentally rewrite this entire equation.

How so? We take up the question in a future article.