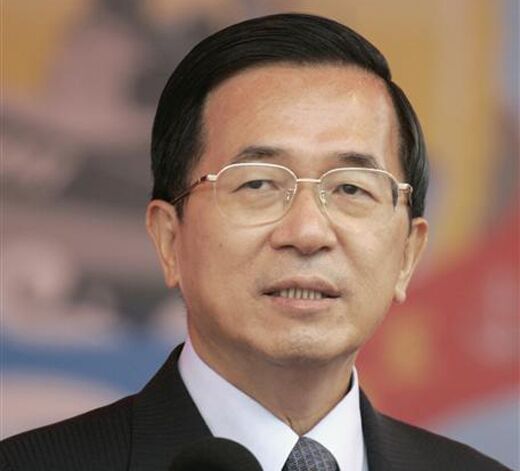 Taiwan’s existence as an independent body is one of the few areas left in the world that shows the United States’ international power and prestige. But how long will it remain?

Since World War ii, Taiwan has owed its status as a semi-independent state primarily to one thing: the international prestige and power of the United States. On November 15, however, Taiwan’s president, Chen Shui-Bian, expressed fear that Republican setbacks in the November U.S. congressional elections “might have an impact on the U.S. government’s commitment to defend Taiwan and sell us arms.” This man has devoted his presidency to increasing democracy in his country. Now, knowing his people are reliant on U.S. might to protect them from China, Chen finds himself in an awkward position, with his entire democracy on the line.

The Republicans have traditionally been strong supporters of Taiwan. President Bush’s nominee for defense secretary, Robert Gates, recently stated that the U.S. military must be prepared to intervene if Taiwan is attacked by China. However, with the Democrats gaining power in Congress, such commitments to defend Taiwan do not hold as much weight as they used to, as far as the Taiwanese leadership is concerned.

This is not the first time the U.S. has left Taiwan feeling uncertain about its future. There are some who say the Democrats gaining power is good for Taiwan. The support Taiwan requires from the U.S., though, is fundamentally military, and the Democrats appear intent on scaling back the use of America’s military in the nation’s foreign affairs, not increasing it. Further, consider the history of Taiwan and the record Democrats have there.

At one time, Taiwan was a Japanese colony. It capitulated to the Chinese, specifically the Kuomintang government, at the end of World War ii. The People’s Republic of China (prc) came into being when the rebel forces of Mao Zedong overran and displaced the Kuomintang regime in 1949, which then fled to Taiwan. The Kuomintang has dominated Taiwanese politics, as a government-in-exile from the mainland, ever since that time. The People’s Republic of China has never—not for one millisecond in human history—controlled Taiwan.

From the beginning, the U.S. supported Taiwan largely to oppose communism. It was a principled stand to defend the notion that the people of Taiwan had the right to be free if they desired it—that if they wanted to live under a democratic system of government, they could do so.

During the Carter administration, the U.S. president, for the first time since World War ii, gave a speech recognizing the People’s Republic of China and saying that Taiwan was a part of it.

In direct opposition to Carter’s winter 1978 announcement, Congress passed the Taiwan Relations act in April 1979, which guarantees U.S. defense of Taiwan even today. In 1982, trying to further undo the damage President Carter did, President Reagan gave six assurances to Taiwan, including continued sale of arms and that the U.S. would not recognize Chinese sovereignty over Taiwan.

But the Clinton administration returned to policy recognizing Taiwan as part of China. President Clinton delivered a speech in 1998 stating, “[W]e don’t believe that Taiwan should be a member of any organization for which statehood is a requirement.” This speech—one that could have been just as believably delivered by a Chinese official—was a major blow to the Taiwanese ambition of independence and a major blow to freedom; it was a massive betrayal on the part of the U.S.

In his August 1998 article “Taiwan Betrayal,” Trumpet editor in chief Gerald Flurry wrote in reference to President Clinton’s speech: “We not only betray the Tiawanese, we betray our own ideals of freedom. … How could anyone fail to see that Taiwan is destined to become a part of mainland China? These 21 million people are going to be forced into the Chinese mold; and it is going to happen for one reason: because of a pitifully weak-willed America.”

With American prestige and power at an all-time low, it won’t be long until that prediction is reality.

Seeing how the U.S. is failing in Iraq, does anyone really believe the U.S. would fight a war against China to protect Taiwan—to protect our ideals of freedom and democracy? That would require a level of national will that the U.S. no longer has.

President Chen knows that U.S. support for Taiwan against China is not the given it once was, even though the Taiwan Relations Act is still in force and obligates the U.S. to defend it. Having accepted Clinton’s view, the current administration must now act under the conflicting principles that Taiwan is part of China—and that the U.S. will protect Taiwan from China. The U.S. is committed to maintaining a contradictory status quo.

Meanwhile, China is seeking alliances in the international community—and it’s important to realize why. Chinese President Hu Jintao recently agreed to provide $20 billion in aid to African countries—canceling $10 billion in debt, offering $5 billion to Chinese companies to encourage investment in Africa, and providing $5 billion in credits and loans to Africa. A major reason for this power move was to undermine international support for the independence of Taiwan. Only 24 countries in the world have diplomatic ties with Taiwan—and five of them are in Africa. By undercutting those relationships, China can come closer to making a final, decisive move on Taiwan.

For now, Taiwan exists in a semi-independent state, certainly not under the control of China, but unable to join world bodies like the United Nations and the World Health Organization. But, as its president and its people fear, it cannot rely on a United States superpower to back it forever. The lack of U.S. will shows us that Taiwan will inevitably become an actual part of China.

As Mr. Flurry asked in 1998, “Does freedom really mean so little to us? True history is going to judge us very harshly. So is God!”