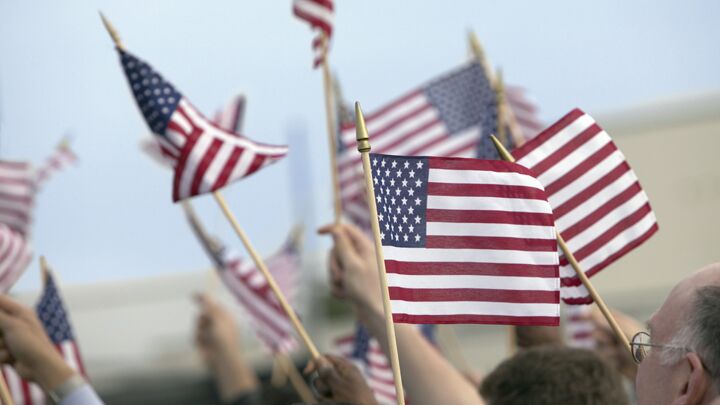 Some of my earliest memories of grade school include my teachers instilling within me concern for our country and our countrymen. For years, we started each day with the Pledge of Allegiance and sang the National Anthem at school assemblies. We became mindful of our unique national heritage and learned to appreciate the freedom and blessings Almighty God has given America.

Some people believe patriotism is a form of idolatry—of putting another god ahead of God—and therefore a sin. However, it is not wrong to love or be devoted to one’s country. This sort of patriotism is right and good; it is completely in line with the law of God.

The late Herbert W. Armstrong, one of the greatest thinkers and Bible teachers of the 20th century, noted, however, that “there is a different kind of patriotism which, indeed, is wrong in the sight of God” (Plain Truth, Oct. 1964).

Let’s understand the wrong type of patriotism to which he referred.

The Bible defines sin as the breaking of God’s spiritual law (i John 3:4). And that law is summarized by the two great commandments: love toward God first, and second, love toward neighbor (Matt. 22:36-40).

Most people inadvertently fail to keep the spiritual intent of the law properly. Why? Because the consciousness of the average person centers primarily on self!

Mr. Armstrong often referred to this common human failing. Using God’s word, he showed that although man is not born with an evil, selfish nature, he acquires it soon after birth (Eccl. 7:29; Jer. 17:9; Rom. 8:20).

Mr. Armstrong explained, “Patriotism is expressed in the form of loyalty to country, as opposed to other countries. It includes an automatic hostility toward other countries—either passive or active. The Bible…classifies this as…one of the ‘deeds of the flesh’—as opposed to the ‘fruit of the Spirit’” (ibid.).

Because the normal, carnal attitude in man is evil, it looks on those outside its extended self as its enemy! And when we consider the subject of national allegiance or patriotism, we see man is generally loyal toward his “own” country or political party—because they are part of his extended self—in opposition to other nations or parties. Actually, this is a form of hatred toward others!

The world’s entire civilization is based on this partisan spirit. Take the current state of U.S. politics, for example. The Democratic Party is full of this attitude—and so is the Republican Party. Indeed, as Editor in Chief Gerald Flurry wrote in the December 2000 Trumpet, biased lawyers and judges are building a warring spirit among the two political parties! Instead of striving for unified leadership, the legal profession has caused the two sides to become absolutely polarized! This spirit of rivalry and competition has existed since America’s genesis.

Some of our leaders have recognized that a nation divided cannot stand; and although they have spoken out against such division, their words have gone largely unheeded.

Theodore Roosevelt is one example. He saw the imperative need for a spirit of unity—of right patriotism—among citizens of the United States. He said in a 1918 speech, “There can be no 50-50 Americanism in this country. There is room here for only 100 percent Americanism.”

Yet, do we see a less divided or partisan America today? Do we see real, lofty statesmanship of high caliber, based on wisdom and right judgment? No! We continue to see dog-eat-dog rivalry and hatred. We see nothing but a downward spiral; the constant slinging of mud, as each side attempts to achieve what is best for it. We see nothing but love for my party and hate for yours!

This carnal spirit permeates all facets of society. The general attitude of man, whether passive or active, is to get, to win, and to acquire for the self. It is also to hurt, injure, harm and take from the other party—whether the other is an individual, a team, a political party, a race or a nation. It is the spirit of competition and hatred. Eventually, all men will have to come to admit this—and repent—if there’s ever going to be lasting peace.

Let’s get this straight. The patriotism which loves its own and hates or feels prejudice against others, is a direct violation of God’s law—and therefore it is wrong! It is sin!