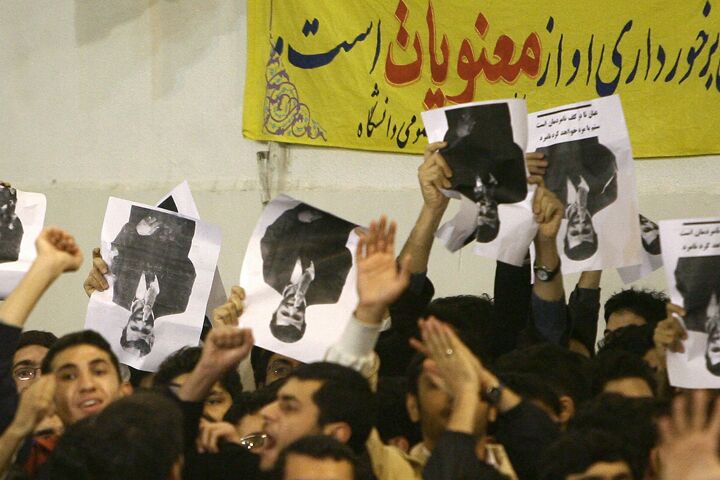 Historically intolerant Tehran is silencing dissent all the more in the face of domestic unrest.

The Iranian government has launched “one of its most ferocious crackdowns on dissent in years,” according to the Wall Street Journal.

On July 9, fifteen Iranian reformist students and a mother were beaten and detained in two separate attacks. The first attack took place when six students staged a sit-in at the main entrance of Amir Kabir University. Later in the day, officers and plainclothes security agents broke into the offices of a student group in central Tehran. In the process, they broke windows, fired shots in the air and detained nine students and one mother. According to one student leader, the officers told spectators that “they attacked a building used by ruffians and drug traffickers, not students.”

These attacks were especially significant because of their timing: Tehran had just banned street protests commemorating a July 9, 1999, raid by police on a dormitory at Tehran University that injured 20 and killed one. According to one student leader, the sit-in was meant to highlight that anniversary and to protest the detention since May of eight other students on ambiguous charges.

The U.S. State Department issued a press statement on July 16 that said, “These repressive actions by the regime highlight an ongoing and alarming trend of intolerance toward any expression of independent views by the Iranian people.”

This is typical behavior under President Mahmoud Ahmadinejad. Since his election in 2005, the student movement has essentially been shut down. Reformist professors have been forced to retire; activist students are not allowed to attend classes. Associated Press reports that families have received anonymous phone calls warning that students who continue pro-democracy activities will be expelled.

The government’s crackdown extends beyond the student movement. A union leader who has successfully organized strikes in the past, Mansour Osanlou, was grabbed off a bus, beaten and jailed on July 10. A week later, no charges have been brought, Osanlou has no access to a lawyer, and he is still in jail. It is his third arrest since December 2005.

The government has also arrested four Iranian-Americans for spying, a charge the U.S. government denies. Late Wednesday, Haleh Esfandiari and Kian Tajbakhsh were shown on nationwide tv airing a confession. Following the broadcasting of a promotional teaser trailer on Monday, State Department Spokesman Scott McCormack reacted strongly, saying, “We are outraged that the government of the Islamic Republic would parade two of these American citizens on state-run television … apparently reading statements made under duress.” Tehran does not recognize dual nationalities and told the U.S. the prisoners are none of its concern.

Tehran has never been profoundly tolerant of dissenters, but this latest string of events shows that President Ahmadinejad’s administration is exerting a new level of control. Wall Street Journal columnist Nir Boms identifies two causes for the crackdown: 1) Ahmadinejad’s administration has not delivered on promises that the populace would prosper because of abundant oil revenue; in fact, the government is rationing gasoline. 2) Tehran asserts that Washington supports regime change and is considering a military strike; Iranian leaders are therefore using that as a pretext to attack their domestic opposition.

There is nothing Iranian citizens can do to alleviate government oppression—and the rest of the world appears to be doing nothing tangible at present. The predicament brings to mind President Clinton’s warnings to Saddam Hussein that if UN weapons inspectors were not given access to Iraqi sites, the world would respond with UN resolutions utilizing the strongest language possible—but no action. The U.S. State Department has confronted President Ahmadinejad with the imminent threat of verbiage—knowing only too well that Iran is the number-one state sponsor of terrorism.

Meanwhile, Iran is flexing its muscle throughout the Middle East and using a stranglehold at home. For more information on where this trend is headed, read our booklet The King of the South.