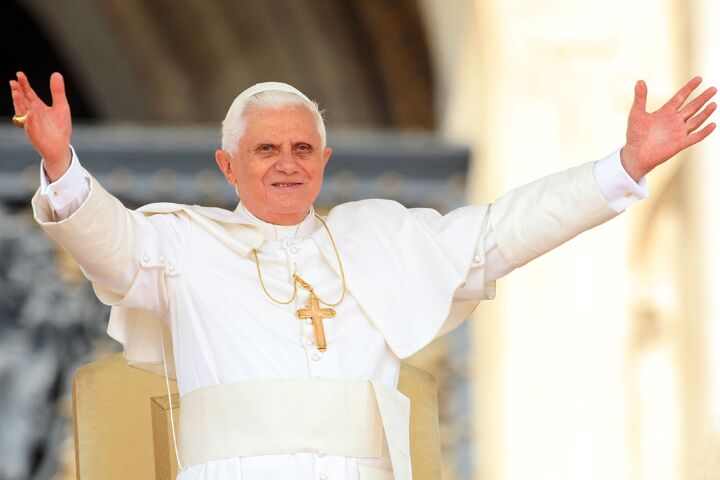 If Orthodox and Protestant churches want unity with the pope, they will have to convert to Catholicism.

When Benedict xvi emerged as the new pope in May 2005, many wondered if he would maintain the stance toward other churches he had taken as Cardinal Ratzinger—that non-Catholic churches are “gravely deficient.”

At first, he gave his detractors hope that he would view them as equals. On May 8, 2005, Reuters reported, “Pope Benedict extended an olive branch to some of his harshest critics at the weekend, sending a cordial message to a French Protestant church and saying he wanted to work toward the unity of all Christians.”

The head of France’s largest Protestant church, Pastor Marcel Manoel, noted that “Benedict referred to his denomination as a church rather than an ‘ecclesiastical community.’”

But given Benedict’s earlier belief that Catholicism’s rivals are “not churches in the proper sense,” many have anticipated further comments from him as pope on what he earlier referred to as “daughter churches.”

The verdict is in: Protestant denominations are not churches. In the words of a newly released document from the Congregation of the Doctrine of the Faith, which carries the pope’s approval and authority, other communities cannot, according to Catholic doctrine, “be called ‘churches’ in the proper sense.” The document also says the Orthodox churches suffer from a “wound” because they do not accept the authority of the pope, a wound that is “still more profound” in Protestant denominations.

The July 10 document is in fact little more than a restatement of Dominus Iesus, which Benedict wrote himself in 2000 as prefect of the church’s main doctrinal body. In simplest terms, Dominus Iesus states that Protestant and Orthodox denominations lack apostolic succession—the ability to trace their lineage back to Peter and the original apostles; therefore, their priests are not priests, and their churches are not churches.

So it’s unsurprising that those outside the Catholic Church don’t see this as unity. The World Alliance of Reformed Churches, a group of 71 million Reformed Christians, responded to this latest document with a letter stating, “It makes us question whether we are indeed praying together for Christian unity,” and accusing the pope of trying to return Catholicism to pre-Vatican ii days, when ecumenical dialogue began.

The pope has stated before that Vatican ii was meant to renew church tradition—not break from it. Consequently, he is returning the Catholic Church to its roots. He has reaffirmed the traditional doctrines and taken a personal hand in bringing traditional worship back to Rome; he personally revived the use of the traditional Latin mass last week, saying it should not be denied to the faithful.

Pope Benedict does want unity, but this latest document specifically calls it “Catholic unity,” saying that the elements of truth the other groups have tend toward Catholic unity. He isn’t looking to peacefully co-exist with other religions. In his view, the daughter churches can only achieve unity by accepting his authority and converting back to Catholicism. In 1995, Pope John Paul ii said drawing the Orthodox churches back into the fold is “the great task which the Catholic Church must accomplish.” Benedict shares that view. In order to achieve any meaningful reconciliation, the other churches will have to accept that the only full means of salvation is through the Catholic Church—and specifically through the authority of the pope.

Basically, the Vatican’s view is: We are right while the others are wrong. This pious belief, which often precedes a compulsion to convert others, has fueled history’s goriest massacres. The crusades, the inquisitions—these were exercises in religious unity: the effort to save souls by bringing them into subjection to the one “right” way.

The Roman Catholic Church has never forgotten the Orthodox Schism that began in 1054, and the Protestant Reformation that developed from 1517. “The lack of unity among Christians is certainly a wound for the church,” Benedict wrote in Dominus Iesus, “in that it hinders the complete fulfillment of her universality in history.” Now he is determined to mend that wound and bring the church’s errant, “gravely deficient,” Protestant daughters back into the fold.

Read “Returning to the Fold” to see where this ambition was actually prophesied in the Bible, where such unity between Catholics and Protestants will ultimately lead—and how true Christian unity finally will come.