America’s public education system is in decline. Here is why and what must be done about it! 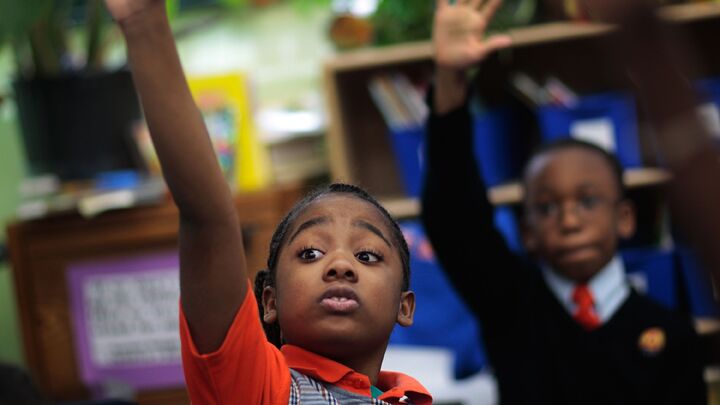 America’s public education system is in decline. Here is why and what must be done about it!

America’s Founding Fathers knew well that a common education was an absolute necessity for the success of our republic. Thomas Jefferson wrote, “It is highly interesting to our country, and it is the duty of its functionaries, to provide that every citizen in it should receive an education proportioned to the condition and pursuits of his life” (letter to Peter Carr, 1814). Jefferson believed it was the express duty of America’s leadership to educate “the mass of people.” In other words, he knew that there had to be a governmental authority guiding the education of every citizen.

Jefferson also believed that the American republic’s schools should offer a “common curriculum,” which would establish a body of shared knowledge, creating a unity of mind and purpose. He spoke out often that in addition to the elements of reading, writing and arithmetic, history and “the first elements of morality” should be taught.

Jefferson emphatically promoted the idea that an effective education was the means to ensure a free society. Above all, Jefferson desired to create a “natural aristocracy” based on educational merit, not family name or family wealth. He wrote to James Madison, “Above all things I hope the education of the common people will be attended to, convinced that on their good sense we may rely with the most security for the preservation of a due degree of liberty” (1787). America has come very close to meeting many of Jefferson’s ideals.

The problems with American education are not new. In fact, educational traditionalists assure us that America’s once-great educational system has been in a downward spiral since the 1960s. Traditional educators believe that America’s education system reached its peak in 1963. This means there have been nearly four decades of educational decay.

President George W. Bush says the improvement of our public education system will be a priority of his presidency. But he is inheriting a long history with a bad track record. It will be difficult to change it. Even Mr. Bush’s immediate predecessors put forward similar priorities with little success. During their 1992 campaign, Bill Clinton and Al Gore promised to achieve the National Education Goals (established at the 1989 Education Summit) by the year 2000—including significantly raising the national high school graduation rate. However, data from the National Center for Education Statistics shows that high school completion (for 18-to-24-year-olds) actually declined during the Clinton administration.

The truth is, there will be no quick fixes for our educational system. More promises of more attention or more funding are not what America’s education system needs. America’s leadership needs to restore some well-established, traditional values to our system of public education.

The most objective measure of America’s educational system’s success or failure has been the use of standardized tests like the Scholastic Aptitude Test (sat). There is a rabid debate in this country over the reliability of these tests. Traditional educators believe them to be an invaluable tool to assess a student’s preparedness to take on the rigors of advanced education. These tests have been viewed as the fairest means of identifying and ranking scholastic merit. It is also believed that these tests report to us how well our teachers and schools are doing the job of educating. (However, some progressive teachers believe them to be biased racially and sexually—discriminatory against minorities and women.)

The well-documented history of standardized testing shows that test scores for American students have been falling from 1963 to 1996. In 1996, however, there was a marked increase in test scores. Why? The Educational Testing Service (ets) was pressured into changing its method of scoring, netting a windfall of higher scores for test takers. The ets had even been threatened with lawsuits. Here is the point. Declining test scores indicate a problem with American teaching methods. But rather than accept the message that something has gone wrong, most educators attacked the messenger—standardized testing. Instead of looking at themselves and the new trends in teaching methods, educators have put the blame on the tests.

It is now well documented that there has been a significant dumbing down in education in order to keep test scores high. A comparison of reading comprehension tests from the ’60s with the ’90s is shocking. A ’60s reading test required a student to read a series of paragraphs on one subject and then answer specific questions about that subject. A ’90s reading test provided students with a restaurant menu and then asked a series of questions related to that menu.

Some educators would like us to believe that everything is fine with public education. Yet everything is not fine. Other statistical indicators correlate precisely with standardized test scores. For example, IQ tests taken during the same time period show a decline in results. And did you know that in 1998, it was reported that 22 percent of Americans—44 million adults—are functionally illiterate? This alarming statistic alone tells us that there is something very wrong with our public education system.

So what has gone wrong? We do not want to oversimplify the problems. Many changes need to be made. But we can identify a root problem. Educational traditionalists point a finger mostly at faulty educational theories promoted heavily in this country beginning in the ’60s. These theories are best known under the label of progressive education. In essence, these theories have done nothing more than breed contempt for authority in any institution—most of all in our educational institutions.

Kenneth M. Weinig, writing for Education Week, stated, “Sometimes grouped under the inexact label ‘progressive education,’ a number of romantic hypotheses metastasized in the education schools and, of course, resulted in the indoctrination of thousands of educators: egalitarianism, overemphasis on self-esteem, feeling over thinking, and a contempt for authority in general and direct instruction in particular. Somehow the question ‘How can we educate students for a democratic society by using authoritarian methods?’ came to be answered, ‘We can’t,’ or, ‘We shouldn’t'; however, the nation that has led the world in technology since Edison’s time and defeated Hitler produced its educated citizens from classrooms where pre-1970 teachers were, for the most part, authoritative, respected leaders of their respectful students.

“The philosophy that mankind is basically good and not in need of direction is not a recent one, being seen in the writings of Rousseau and in those of Dewey’s whelps, but during the late 1960s, it exploded. Teachers in many universities were told to avoid being authority figures. Arrange the chairs in a circle to show how we’re all equal. I’m your moderator, not your teacher. Notice how I don’t dress in a coat and tie, or skirt, so that I don’t look like ‘The Establishment’” (“The Ten Worst Educational Disasters of the 20th Century: A Traditionalist’s List,” Education Week, June 14, 2000). Weinig makes a rather compelling point here. Caught up in the ’60s rebellion, as a nation we removed all authority over education. Under the cloak of progressiveness, America’s adults gave the youth and special-interest groups the authority to decide what and how youth would be taught.

Progressive education methods replaced hard work and the transmission of essential knowledge with “life relevance” and other naturalistic approaches. Teachers became more concerned about feelings and self-esteem rather than true achievement. Looking at 40 years of fruits, we can see that, essentially, America’s educators have chosen the broad and easy way to educational “success” (Matt. 7:13-14). The results have been disastrous. We must learn this lesson: As progressive teaching methods’ influence increased, academic competence decreased. In reality, our education system regressed—not progressed.

Because of the lack of authoritative direction in American education, there is now no such thing as Jefferson’s “common curriculum.” This country is quickly losing its shared body of knowledge, which is adversely affecting our strength and unity. Educators can talk all day about standards in education. The truth is, they do not exist.

We must become more concerned over what is being taught inside our schools. America’s school curriculums are caught in a sea of confusion. Why? Weinig also writes, “What started out as an innocent, well-meaning attempt to add or enhance inclusiveness in curricula (for example, celebrating the achievements, holidays, cultures and other attributes of those besides European-Americans) is now out of control, having mutated into a leveling of all cultures even to the point of denigrating things American. (The National Education Association, not too long ago, proposed the replacement of Thanksgiving Day with a kind of ‘multicultural-awareness day.’) The melting pot as a metaphor is scorned, and in its place we are even told to preserve native languages in American classrooms in hope of achieving a ‘mosaic.’ Sorry, but the result, instead, will be a nation of ethnic divisions, closer to a Bosnia” (ibid.). We must pay close attention to what Mr. Weinig is saying here. All Americans should be deeply disturbed. In American schools, things American are scorned. That is criminal.

Let’s face some reality. In this country the anti-American movement has replaced the decades-old anti-establishment movement. This new movement has entrenched itself in our schools. Realize that because educators fear the over-worn cry of discrimination, an American student is more likely to be taught the geography of Asia or Africa over that of the United States. We need to ask ourselves, is our national proclivity to allow rebellion making us all anti-American?

Thomas Jefferson also wrote, “Now a government is like everything else: To preserve it we must love it…. Everything, therefore, depends on establishing this love in a republic; and to inspire it ought to be the principal business of education; but the surest way of instilling it into children is for parents to set them an example.”

America’s adults must wake up to our national education crisis. We are all responsible to fix the problem.

We must recognize that America’s youth are in fact not learning the basics or pride in things American! As a nation we must reform our wrong teaching methods. We must restore authority and discipline into the classroom. And we must restore the American value of building moral character. Doing these things will make America’s public schools successful again.