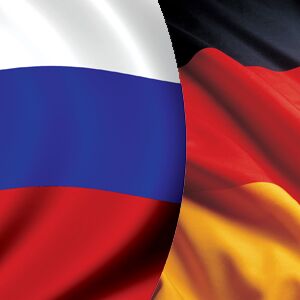 Sometimes appearances can be deceiving. Current tensions between Russia and Germany, far from forging a geopolitical split between the two, are setting the scene for an alliance.

Much has been written about current tensions between Russia on the one side with the United States and European Union on the other. The schism is particularly sharp between Russia and Germany. In fact, some pundits have alluded to the prospect of a new cold war between the West and Russia.

The present climate of stressed relations between Europe and Russia is setting the stage for a non-aggression pact between Russia and Germany (or a German-dominated EU) to mirror the Molotov-Ribbentrop Pact between Germany and Russia prior to World War ii.

The tense foreign-policy climate between Germany and its EU minions and Russia revolves around just how far the hegemonic aspirations of one will allow those of the other to go. As we have pointed out in the past, the Ukraine Plain is really the battleground for this geopolitical fight.

With parts of the Balkans, Malta and Cyprus already controlled by the EU, Europe’s springboards to the Adriatic, the Mediterranean, the continent of Africa and the Middle East are largely cemented.

However, within the continent of Europe, no natural geographic barrier exists north of the Carpathian Mountains to act as a buffer between a newly resurgent Russia and a territorially ambitious European Union. The vast open plains spreading westward from the Dnieper River across Ukraine to Belarus touch the EU’s present eastern border at the junction of Poland and the Baltic nations of Estonia, Latvia and Lithuania. Here, a line simply has yet to be drawn.

Too often throughout history, this vast, open expanse of land has facilitated the rapid transit of aggressive hordes flooding either westward or eastward to wreak havoc on the populations of Europe. The most recent cases—the Nazi blitzkrieg eastward across Poland and into Russia during World War ii and the subsequent sweeping of Russian forces westward to Berlin’s doorstep—remain in the minds of historically conscious politicians within both Europe and Russia.

Given that history, there is more than meets the eye in Poland’s present resistance to the prospect of Germany being given greater voting clout—and hence greater political power in Europe—via the new treaty presented at last week’s EU summit.

Similarly, there is much below the surface of Russia’s strident resistance to plans for the U.S. basing a defensive missile shield in Eastern Europe, and for an “independent” Kosovo.

The core issue is nothing less than the 21st-century balance of power in Europe.

The U.S. is being maneuvered increasingly out of this equation, having drawn down its troop presence on the Continent significantly over the past decade. Its military forces, now stretched beyond reasonable limits, are involved in skirmishes on many fronts scattered around the world in addition to the Iraq and Afghanistan theaters. Increasing doubt about U.S. ability, let alone willingness, to fight Europe’s battles is forcing the EU’s hand militarily.

Uncertain of the U.S. as an underwriter for European security, the EU is undergoing a sea change in respect to the mindset of its senior bureaucrats and politicians. Increasingly, calls are being made for the consolidation of a pan-European military force to defend EU interests. Germany is leading this call to arms; hence the current clash between EU President Merkel and Russian President Putin.

Each knows that the situation in play is of historic proportions. Each is cognizant of the history of Germany and Russia having played this same game in the past, and the vast loss of life resulting from military clashes between the two. Neither currently wants to antagonize the other that far. Each wants a satisfactory political conclusion to their individual security interests so they can get on with the business of consolidating their respective empires unchallenged at the point where their imperial borders meet.

On several occasions since Napoleon’s defeat brought the fifth revival of the Holy Roman Empire to its end, Germany, prior to going to war in the West, first secured its eastern border by concluding treaties with Russia.

Neither Russia nor the German-dominated European Union can tolerate for much longer the lack of a clear balance of power on the Continent. Clear-thinking realists understand that U.S. influence in the region is obviously on the wane. If the Bush administration ends with the Republican Party being routed by the Democrats in 2008, say goodbye to what still remains of American prestige in Europe, let alone in global geopolitics.

The global disorder that has followed 9/11, which has witnessed a great weakening in the pride of U.S. power, will soon be replaced by a newly assertive order. This will first require a temporary balance of power between the EU and Russia. It is inescapable that the further unification and empowering of a European superstate will be offset in Asia by an emerging massive power bloc incorporating greater Asia, Southeast Asia and the Indian subcontinent. Meanwhile, competition for the resources of Africa, Latin America and the Caribbean will continue between the leading nations of these power blocs, Germany, Russia and China. The oil-rich Middle East nations will be wooed by all, until the Islamist threat becomes such a pest that a militarized Europe reacts to deal with the challenge which the U.S. and Britain simply will not address. The Jerusalem plumb will be plucked by the rising Fourth Reich at the head of the European power bloc.

And the catalyst that unleashes these events?

It will be yet one more treaty signed between German and Russian leaders—a sure sign, given the history of such pacts, of a great war about to be unleashed on this world.

All this is prophesied in your Bible to occur in the near future. It is but a curtain-raiser to the inevitable, prophesied outcome of the perpetual struggle for power and peace. Ultimately, national power will be controlled, and peace will prevail in this world. It will be a peace superior to anything man has experienced in the past. It will be a universally imposed peace brought to Earth by the Prince of Peace Himself (Isaiah 9:6-7)—an everlasting peace imposed on all nations by a power far superior to the weak hunk of clay of which man is presently comprised.

As Gen. Douglas MacArthur famously stated, it must be of the spirit if we are to save the flesh.

Request your own copy, gratis, of our book The Wonderful World Tomorrow for a glimpse into that eye-opening future that will result from an amazing future change in the spirit in man!