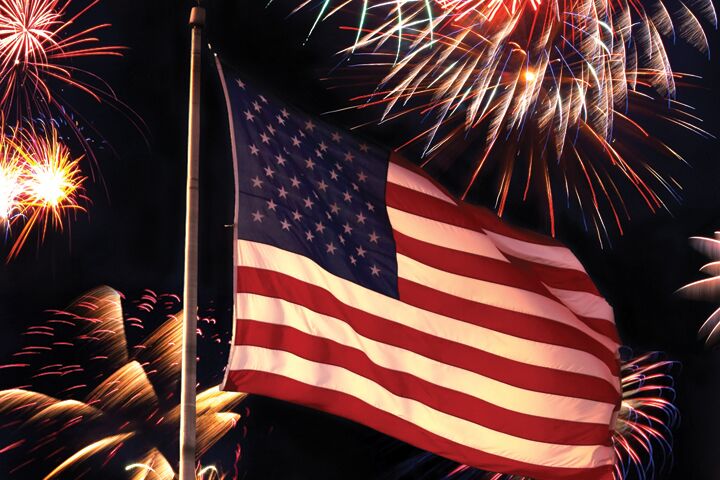 On July 4 each year, we Americans pull the flags from our closets and display them with unabashed pride outside our homes. We gather our families for the annual barbecue and volleyball game in the nation’s parks, play Frisbee with our dogs, and drink lemonade. Finally, we revel in a truly spectacular demonstration of pride in our nation and our history by shooting off over $200 million worth of fireworks. On July 5, we return to our national self-loathing.

Many Americans are simply losing sight of the rich tapestry of national heritage our history provides, instead buying into the garish caricature of national ineptitude transmitted by the media. It is vital that we remember that history.

Having come to this new land to gain religious freedom, the citizens of the colonies were facing unreasonable oppression from the king of England. In a moment identifiable as the genesis of the greatest national experiment ever undertaken by mankind, 56 men with towering intellect signed off on a set of ideals: “We hold these truths to be self-evident, that all men are created equal, that they are endowed, by their Creator, with certain [inalienable] rights, that among these are life, liberty, and the pursuit of happiness.” With those words, our ancestors metaphorically set off the first firework announcing our freedom.

More than simply stating those ideals eloquently, though, these men successfully fought to claim freedom, and the oppressors were driven off. Just a few years later, these wise men created one of the finest legal documents ever devised by man—one designed to form “a more perfect union”—one that upheld the character of its citizens: the Constitution of the United States of America.

The Founding Fathers’ vision, their heroic action, and their example of character played a huge role in propelling the United States of America to its place as the greatest, most powerful single nation on Earth, one destined to extend from sea to shining sea. As Wall Street Journal columnist Peggy Noonan put it in an article she wrote last year:

[T]he streets are paved with more than gold—they’re paved with the greatest thoughts man ever had, the greatest decisions he ever made, about how to live. We have free thought, free speech, freedom of worship. … Look at the great rich history, the courage and sacrifice, the house-raisings, the stubbornness. The Puritans, the Indians, the City on a Hill.

Noonan summed up the entirety of the American story in just seven words: “That God made this a special place.” That is more than just another patriotic sentiment: Your Bible has something to say about why God would make the United States of America special—something that all too few understand.

You owe it to yourself, to your family, to your loved ones to learn about the true history of this nation. Extensive documentation proves what our Founders believed—that this history extended back to biblical times. Knowing why this became the most powerful single nation in the history of the planet is inspiring. We would be happy to send a copy of Herbert Armstrong’s The United States and Britain in Prophecy to you at no charge, upon your request. After reading it, you will understand that this nation became great not because of legal documents or the actions of the Founding Fathers, but because God Himself kept a promise to the patriarch Abraham and took a personal interest in this nation. You will know that the blessings you enjoy in the United States every day came from God Almighty.

This knowledge, though, also serves as a sobering warning. The same source that prophesied the rise of this nation also talks about its fall.

The breaking of our national pride is part of what tears the nation down (Leviticus 26:19)—and God Himself is doing the breaking because we have turned away from Him. With that pride gone, how can we expect other nations to desire a broken American ideal? How can we expect a new group of immigrants to want to embrace American culture as their own? If we as a nation do not believe the United States is a special place, how can anyone else?

How badly an understanding of our country’s heritage is needed! Not the history of 1776, but our ancestors’ true history with God!

We have a national heritage as part of ancient Israel. If we did embrace that message nationally, if we did recognize God as the great Benefactor who gave us our blessings, how it would revolutionize our country! It would give us the ability to see the truth bound up in America’s history; more importantly, it would reveal to us where we are crediting ourselves instead of our Creator. If everyone—patriots and self-loathing Americans alike—turned to God, He would restore the pride in our power He wants us to have.

But even if we don’t nationally turn to God in gratitude for the phenomenal bounty He has bestowed on us, we can still individually turn to Him in repentance and reap even greater rewards—regardless of what country we are from.