The consequences of failing to confront evil 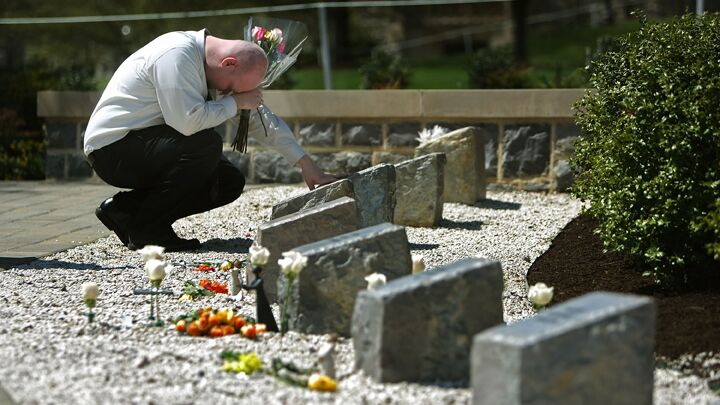 The consequences of failing to confront evil

Cho Seung-Hui allowed evil to grow in his heart for years. He hid in the back of his classes, silently, sullenly, behind shades; he sometimes, creepily, took pictures of his classmates under his desk with his cell phone; he stalked two female coeds; he set a fire in a dorm room; he wrote nightmarish, violent screenplays for one class. His miserable, lonely life was punctuated by run-ins with campus police and other authorities. After one incident, a district court declared him “mentally ill and in need of hospitalization” and said he posed “an imminent danger.” No correction he ever received, however, caused him to rethink his path. He failed to fight the evil that was swallowing his spirit.

Fellow students found Cho unnerving. Some stopped coming to class to avoid him; some worried he could become a school shooter. Several of his professors regularly communicated among themselves about how to deal with him; one threatened to quit if Cho wasn’t removed from her class. Everyone knew he was a time bomb. Still, everyone from student affairs to the dean’s office to the campus police said there was nothing they could do if Cho wasn’t making overt threats against himself or others. Constrained by politically correct policies and, undoubtedly, a mixture of sympathy and cowardice, school officials allowed this obvious evil to remain in their midst. Cho continued as a student until the day he turned the university into a mortuary, murdering 32 people and then killing himself.

Failing to confront evil—both within ourselves and within our society—can have devastating consequences.

Those who encountered Cho instinctually sensed the evil within him. It frightened and repulsed them, but they simply had no practice at dealing with it. They live in a culture where the line between good and evil is broad and gray, where many believe that the only real evil is to brand something as evil. Their culture seeks to understand evil, to accommodate it—to explain it as anything other than what it actually is.

The nature of evil is to spread. Like bacteria in a petri dish, self-absorption and negativity, left unchecked, grow into depression and ruin. Bad habits lead to addictions. Destructive cultural forces like vulgarity, violence and family breakdown fester and multiply. Political tyrants keep conquering territory and people until some stronger force intervenes to stop them.

Our society sits in profound denial of this plain fact—from parents who do not bridle their children, to judges who protect pornography rather than people, to politicians who insist that our enemies will vanish if we simply make nice with them.

A society loath to identify evil as something to be fought—if it is willing to identify evil at all—is helpless to resist it. Ambivalence about evil—or worse, fascination with it—invites its presence and encourages its growth. Permitting a profoundly creepy, antisocial, mentally ill arsonist and stalker to remain on a university campus is just one illustration of a whole culture dangerously tolerant of evil, even as its destructive influences seep into our lives.

Remember the biblical story of the first two children in human history. Cain, jealous and embittered, allowed evil to grow in his heart. God confronted him about it. “Why are you angry?” He asked. “Why is your face so dark with rage? It can be bright with joy if you will do what you should! But if you refuse to obey, watch out. Sin is waiting to attack you, longing to destroy you. But you can conquer it!” (Genesis 4:6-7, Living Bible). Surely today’s psychiatry would have supplied Cain with a myriad of excuses for his bad temper: family dysfunction, economic deprivation, alienation from authorities, probable chemical imbalance or hormonal deficiency. God, by contrast, went straight to the true cause of Cain’s misery: sin. Pointing Cain toward the solution to his problems, God advocated waging a personal battle against sin—kicking evil out of his life. Alas, Cain ignored the advice. Murder ensued.

God is unambivalent about evil. He witnessed its unhappy origin: when the archangel Lucifer, whom God created, began harboring vain thoughts that ultimately drove him to try to usurp God’s throne (read Ezekiel 28:14-18). God did not respond with sympathy, and certainly not with cowardice—but with violent force, kicking His adversary, along with all his demons, out of heaven and casting them down to Earth. These events are described in Revelation 12:7-12, a passage that concludes with a chilling warning to us: “Woe to the inhabiters of the earth … for the devil is come down unto you, having great wrath, because he knoweth that he hath but a short time.”

Yes, the devil is right here among us—even, in some respects, within us. Do you recognize him?

Why would God curse us with the devil’s presence? Because He wants us to learn to confront evil. And He wants us to witness firsthand the devastating consequences of failing to do so. (That is why He didn’t prevent Cain from murdering his brother, or Cho from murdering his peers.) Anywhere we fail to confront evil—among nations, within communities and schools, in our families, within ourselves—it will spread. As God said, sin is waiting to attack you, longing to destroy you.

But don’t forget: You can conquer it.