How can young people overcome their unparalleled selfishness? 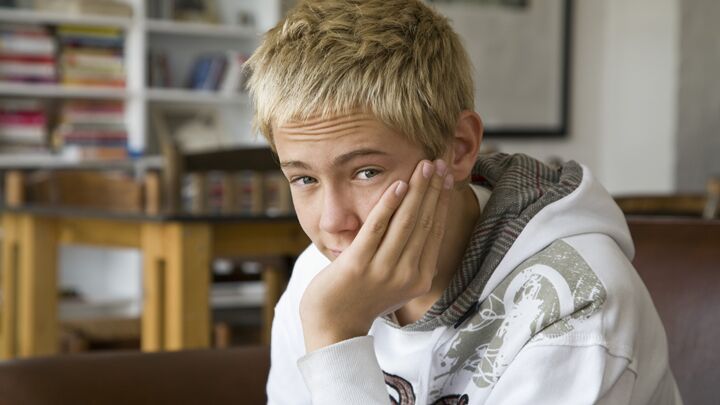 How can young people overcome their unparalleled selfishness?

Whatever happened to basic humility? Where did the experience of shame at wrongdoing disappear to? Indeed, to where did the whole concept of “wrongdoing” flee? Does anyone know what “self-effacement” means anymore? Whatever happened to the magnanimous, seemingly innate, desire of the Anglo-American peoples to give to the benefit of fellowman with the expectation of gaining little or nothing in return?

Now it’s all about self-actualization, pride in self, promotion of self, the glorification of narcissism. The outcome is an ugly, unkempt, sloppy, self-indulgent, greedy, grasping, demanding generation of greatly ballooned egos. Generation Y has been raised by generation X with not even a beginning concept of the self-sacrificing demeanor of the pioneering generations that built their lands into powerful nations, who sacrificed in blood to protect their freedoms and their kith and kin back home as they fought foreign enemies on far-away foreign soil.

The senior vice president of the global advertising agency jwt, Marian Salzman, exclaimed recently, “Gen-Y is the most difficult workforce I’ve ever encountered, because part of them are greatest-generation great and the other part are so self-indulgent as to be genuinely offensive to know, let alone supervise” (Christian Science Monitor, March 2).

The problem is that generation Y has now become top-billed entertainment! Shows such as American Idol and The Apprentice bearing all of the sheer ugliness of character of Gen-Y are raking in millions for their promoters and searing the minds of Gen-Y viewers into a stupefying mindset that says, These are your heroes; this is your expected mode of behavior if you want to succeed in life!

Nothing could be further from the truth!

Self-sacrifice built the British peoples into the greatest empire on Earth. The great pioneering spirit of help-thy-neighbor built America into the greatest single nation in history. Self-indulgence is ultimately destined to reduce these once-great peoples to enslavement by the enemies toward which they were so magnanimous in their defeat in war.

A report released late February titled “Egos Inflating Over Time,” produced by a team of researchers led by psychologist Jean Twenge of San Diego University, warns that the self-indulgent child-rearing techniques foisted off onto generation X parents have yielded bitter fruit indeed. Gen-Yers are becoming known for their general lack of empathy, their innate fixation on self, their general lack of manners and inability to satisfactorily adapt as contributing members of a stable society. In fact, the report indicates that this generation presents an unattractive proposition in terms of their employability within the society that has raised them.

The trend toward innate self-indulgence among generation Y is so deeply concerning, and its rate of progression so alarming, that the report asks the question, “How high can narcissism go? It is possible to imagine a narcissistic Lake Wobegon: Everyone is attractive or getting surgery to become so; competition and individual pursuits trump group or collective action; relationships are superficial and transient; kids are treated permissively at home and fed with self-inflating messages at school.”

The reported concluded: “Self-correction may occur, however, given a strong enough external force. … [I]f another Great Depression or world war struck, Americans might suddenly have to temper their narcissism” (emphasis mine throughout).

But the strength of the intervention of that strong external force, it would seem, will have to be far in excess of that posed even by such recent phenomena as 9/11 or Hurricane Katrina. As these researchers observe, “A diluted form of this decreased self-focus might have occurred after September 11, 2001, when many people commented that they focused on their relationships more and were kinder to each other. However, as our data show, those attitudes—if they actually did come about—soon faded.”

What will it take to rescue Western nations from the grip of this nation-destroying self-indulgence? The hope these researchers offer is a dim one indeed: “Overall, it would be very difficult for a generation brought up on narcissistic individualism to suddenly become consistently self-sacrificing. Perhaps at some point American culture will realize that too much individualism, and too much narcissism, will not lead to good outcomes in the long run.”

Where’s the real hope in that?

The standard of research that produced this report is excellent. Its conclusions are inarguable. However, the future it bespeaks is bleak indeed!

One thing we can tell you, on the supreme authority of the Creator of generation X, generation Y, and all generations of mankind tracking back to Adam himself, is that the inference this report makes is true: The only solution to the devastation of Anglo-Saxon society faced by this current narcissistic generation is, in reality, direct, sudden and imminent intervention by that SDLqstrong enough external force”!

It will simply take the divine intervention of the Creator Himself to change this very narcissistic, self-indulgent nature of man, and to put, not only America, not just the Anglo-Saxons, but this whole world right back onto its original God-ordained course! That much is declared by the divinely inspired revelation of the future in your Bible.

The fact is, believe it or not, only when that supernatural, strong external force intervenes in world affairs will all mankind be able to fully realize its incredible human potential!