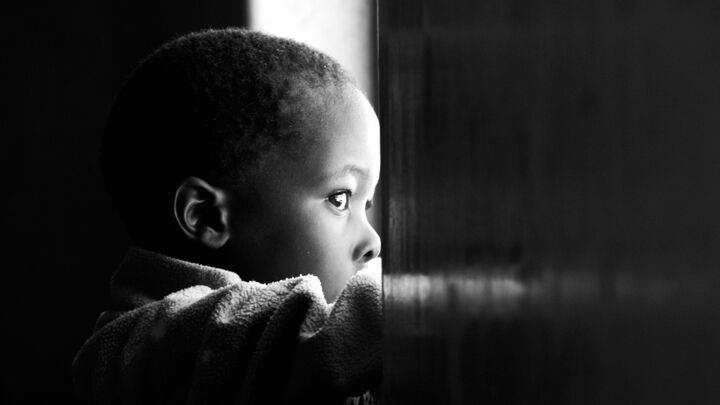 We all suffer when we let our most precious resource go to waste.

From the June 2000 Trumpet Print Edition

I recently drove two of my three children to a school where my 7-year-old son was to practice with his new baseball team. The field was still wet from a good downpour two days earlier, and we left the house before a message canceling the practice could reach us. Having an unexpected block of free time, I parked the van and let my son and his 5-year-old sister out with their puppy to play on the adjacent playground. Normally I would have gotten out to join them, but this time I stayed to finish listening to a cassette tape.

Within a few minutes, a woman came out of the school and rapped on my window, which I promptly rolled down.

“Sorry to bother you, sir, but are those your children over there?” “Yes.” “Is that your dog?” “Yes.” She half-apologized for her concern: “You never know these days; better to be safe than sorry.” I managed a weak smile and a slight nod of my head, and thought how suspicious I appeared, sitting alone, in a van, next to a playground!

This nice lady meant well, so how could I be upset with her for not trusting a stranger? That same week, a mere 6-year-old Michigan boy had killed a classmate in cold blood one day after an altercation at school. As expected, lawyers on both sides are arguing about whom to blame: the jailed 29-year-old father, incarcerated for most of his young son’s life?—the mother who commuted early and late to work two jobs, forced to put him in his 21-year-old uncle’s reputed drug house in a sleazy neighborhood?—the 19-year-old acquaintance who left a stolen weapon lying under some blankets where the little boy could find it? Liberals blame conservatives for taking away social services which could help the child for less than a third of what it would cost to imprison him and so on and so forth. Evidently, if those closest to the incident are not guilty, then the rest of us must be at fault!

In our February issue, we detailed the many prophecies of news events that Herbert W. Armstrong proclaimed, up to decades in advance in some instances. One of the most critical would doubtless have to be the breakdown of the family. Mr. Armstrong repeatedly brought to our attention Isaiah 3:12, about children being our oppressors and, in lieu of real God-fearing men, women ruling over us. Sadly but truly, this is coming to pass. Mr. Armstrong repeatedly said that as the family goes, so goes the nation.

Maybe you saw the 1999 Frontline report on Conyers, Georgia, where parents were either ignorant of or didn’t care about their teens’ extracurricular activities, which included all types of perverted sex. Other dads and moms have resorted to allowing drugs such as Ritalin to control their toddlers, an easy out for many parents who have themselves dabbled in illegal drugs.

ABC News reported that the average child in daycare spends 32 hours a week under someone else’s “care” while both parents are employed outside the home. About a third of all working parents have their children in daycare, with many of them having to use two or three daycare services per day, given their evening and weekend schedules. Forty-six percent of husbands and wives on different shifts see each other only about 15 minutes a day. How can they have a unified approach to child rearing if they don’t have a good line of communication between themselves?

Recently, a man in Oklahoma City collecting aluminum cans found a helpless, freezing baby girl abandoned in a dumpster, face down in a book bag, with her umbilical cord still attached—about five hours after her birth. She will live, but with what kind of a future? There is now renewed debate as to whether or not Oklahoma should be one of the first states to pass a law making it more acceptable to turn in unwanted newborns anonymously without legal punishment. In Hamburg, Germany, a new baby “drop off” is being heralded as a great alternative to abortion and other crimes against the most innocent members of society.

A recent surgeon general’s report says that four of the ten leading causes of disability for people age 5 and older are mental disorders. According to Associated Press, in the past 15 years the number of juveniles nationwide sent to already overflowing adult prisons more than doubled. Our sons and daughters won’t have to be added to these grim statistics if only we would start now to look to God and His simple yet profound instructions for all mankind.

What is a thousand times worse than any type of abuse is neglecting the proper love, instruction and discipline of our most precious natural resource—our youth. Contrary to what the “experts” say, children need two parents, not one—of opposite sexes, not the same. They also require both quality and quantity time. Use even a fraction of the eight hours a day most children spend watching television teaching your children about God and His wonderful way of life, and your family will reap the benefits. We have an excellent, free sister magazine for teens and young adults, True Education, which can assist you in that most important, yet ignored, spiritual area.

It’s never too late to learn that we are made in God’s image and that our children are on loan to us from Him. If we would each take the time to fulfill our God-given responsibility to raise them properly, many innocent people would not have to suffer.