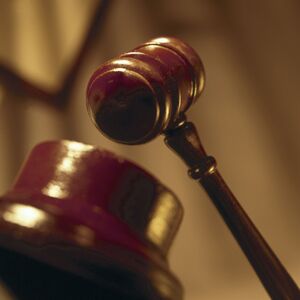 You may want to take a permanent marker and black out “family,” “traditional values,” and “family values” in your interoffice notices: They could be construed as hate speech. So says the Ninth Circuit Court of Appeals in a recent decision.

In response to a notice regarding the start of a homosexual employee association in a city office, two women posted a memo announcing the formation of a different group. The memo said,

Good News Employee Associations is a forum for people of faith to express their views on the contemporary issues of the day with respect for the natural family, marriage and family values.

Their manager demanded the notice be taken down because of “statements of a homophobic nature.” The two women sued, believing their First Amendment rights had been violated. The court ruled in favor of their supervisor (Cybercast News Service, March 14).

Christian rights groups are up in arms, and for good reason. The court’s ruling basically excluded a group advocating marriage and traditional values from First Amendment rights in a government workplace. The court ruling stated public employers could regulate employee speech if their “administrative interest” was more important than the free speech of the employees. And apparently, anything that competes with homosexuality does irrevocable harm to the workplace.

The pro-homosexual posts received no repercussions whatsoever from the case. The court banned a pro-family notice and allowed a pro-homosexual one to remain. The two women’s post made no mention of homosexuals at all, but merely promoted “family values.” Is that an equality-minded judgment?

Wrong judgment is a hallmark of our society today. Free speech applies to a select few promoting their own set of values. The homosexual agenda is overshadowing the constitutional right to free speech. And at least two courts uphold that belief.

The judgments of the Ninth Circuit Court of Appeals judgments are overturned by the Supreme Court more than any appeals court in the country. The organization behind the Trumpet has dealt with the Ninth Circuit before. To read more, check out Raising the Ruins.