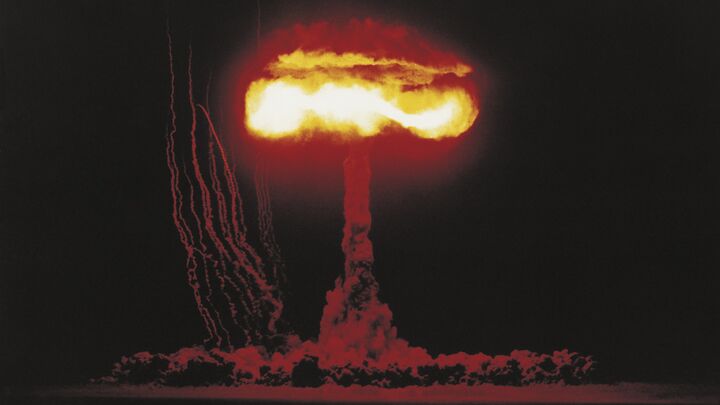 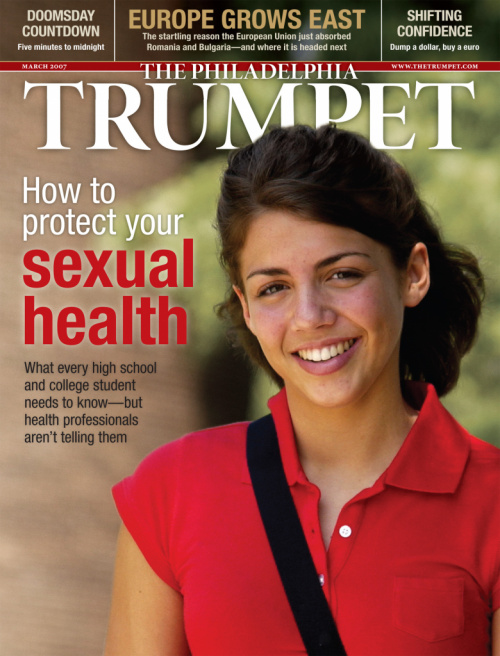 Are we about to annihilate all human life on this planet? Do you and your loved ones have a future? If you look to men for solutions, there is no hope. Even though we are facing mind-numbing perils, our future could not be brighter—after a short span of the worst suffering ever!

On January 17, the Bulletin of the Atomic Scientists (bas) moved the minute hand of the Doomsday Clock up two minutes—so it is now five minutes to midnight, symbolizing human annihilation. The Bulletin Online explained, “Reflecting global failures to solve the problems posed by nuclear weapons and the climate crisis, the decision by the bas board of directors was made in consultation with the Bulletin’s board of sponsors, which includes 18 Nobel laureates.

“bas announced the clock change [January 17] at an unprecedented joint news conference held at the American Association for the Advancement of Science in Washington, D.C., and the Royal Society in London. In a statement supporting the decision to move the hand of the Doomsday Clock, the bas board focused on two major sources of catastrophe: the perils of 27,000 nuclear weapons, 2,000 of them ready to launch within minutes; and the destruction of human habitats from climate change. In articles by 14 leading scientists and security experts writing in the January-February issue of the Bulletin of the Atomic Scientists (http://www.thebulletin.org), the potential for catastrophic damage from human-made technologies is explored further.

“Created in 1947 by the Bulletin of the Atomic Scientists, the Doomsday Clock has been adjusted only 17 times prior to today, most recently in February 2002 after the events of 9/11.

“By moving the hand of the clock closer to midnight—the figurative end of civilization—the bas board of directors is drawing attention to the increasing dangers from the spread of nuclear weapons in a world of violent conflict, and to the catastrophic harm from climate change that is unfolding. The bas statement explains: ‘We stand at the brink of a Second Nuclear Age. Not since the first atomic bombs were dropped on Hiroshima and Nagasaki has the world faced such perilous choices. North Korea’s recent test of a nuclear weapon, Iran’s nuclear ambitions, a renewed emphasis on the military utility of nuclear weapons, the failure to adequately secure nuclear materials, and the continued presence of some 26,000 nuclear weapons in the United States and Russia are symptomatic of a failure to solve the problems posed by the most destructive technology on Earth’” (January 17, emphasis mine throughout).

Imagine that! These scientists say that you and I have only five more minutes until all human life has been exterminated! Do we really get this message?

With the United States, Russia, Britain, France, China, India, Pakistan, North Korea and Israel all possessing a military nuclear capability, Iran on the verge of attaining it, and now, even “pacifist” Japan speaking about the need to get nuclear defensive weaponry, plus political voices in Germany seeking the same, the world has never been a more dangerous place. Add to this the missing nuclear weaponry that has been taken out of arsenals of the former ussr, combined with the increasing volatility of global terrorism, and we have a recipe for apocalyptic disaster.

So what are you going to do about it? Is there anything you can do? As a matter of fact, there is a great deal you can do. However, you must act now—while there is time.

These outstanding scientists who operate the Doomsday Clock see little or no hope for mankind. But there is abundant hope. It’s time we all faced the truth and the only hope there is or ever will be!

But first, let’s look more closely at the bad news. There is another dimension that makes it even worse. Iran is about to produce nuclear bombs. But there is much more to this frightening story. The Iranian leader, Mahmoud Ahmadinejad, is eager to plunge the world into a nuclear abyss for religious reasons! This is a frightening new dimension to the nuclear equation—a madman who will soon have nuclear power and who wants nuclear warfare!

We are facing dangers that are hard to even imagine. This planet has become a huge cauldron of violent and unparalleled danger. Thankfully, in a short span of time, the danger will be gone forever!

Benjamin Netanyahu, the former Israeli prime minister, may be elected again soon. He is saying we are already in World War iii, and likens Iran to Germany in 1938, one year before World War ii began.

That is how he evaluates world conditions today. Here is what Netanyahu said when Glenn Beck interviewed him on Nov. 17, 2006 (I quoted different parts of this interview last month): “Iran is Germany, and it’s 1938, except that this Nazi regime that is in Iran, that’s a religious kind of fanaticism, but it wants to dominate the world, annihilate the Jews, but also annihilate America. Remember, we’re the small Satan. You’re the big Satan. …

“We’re just the first way station en route to you [the U.S.]. So there is this fundamental fanaticism that is there. It’s a messianic cult. It’s a religious messianic cult that believes in the Apocalypse, and they believe they have to expedite the Apocalypse to bring the collapse of the West.”

What could be more deadly than denying reality about the Doomsday Clock today?

Mr. Netanyahu was asked, “What makes you say we should take this nut job at his word?” He responded, “Well, I was getting this question in the 1990s, and I said that the West really doesn’t understand militant Islam. So I wrote a book in 1995, and I said that, if the West doesn’t wake up to the suicidal nature of militant Islam, the next thing you will see is militant Islam … bringing down the World Trade Center.

“Other nut ideologies don’t do that, but militant Muslims do, and they are competing. They have two strains: the Sunni type, led by al Qaeda, who have done the World Trade Center; the Shia types, led by Iran, who want to top that by having nuclear weapons with which they can dominate the world, ultimately bring down America.

“We’re merely the first target. They hate us because we’re you, and we’re the first station in the Middle East. They hate Israel because it represents America. They don’t hate America because of Israel—because we’re part and parcel of that same free, to their minds, hated hedonistic civilization. [We are also in a state of denial about being a hedonistic civilization.] …

“The Soviet Union had enough firepower to destroy the United States, but they realized that you would destroy them, so they were deterred. They were not suicidal.

“But militant Islam is suicidal. They often put their zealotry, their ideology, above their survival. That’s why you didn’t have any Communist suicide bombers, but militant Islam produces hordes of them, battalions, and they smash into buildings in New York.

“Now, do you doubt that if, for example, al Qaeda had nuclear weapons, this city would not exist today? …

“And Seattle could disappear, because they’re not deterrable. That’s the whole point.”

Netanyahu accused Iran’s leaders of subscribing to “this crazy messianic cult of death, the idea that millions have to die in order for their particular Islamic messiah to come. Millions have to die, and the sooner the better, in their view, because they have this cult. That’s what makes them so dangerous, if they acquire nuclear weapons to realize it.”

Iran is the head of the terrorist snake. Netanyahu is discussing New York City and Seattle being obliterated by terrorists. The Bible discusses cities “without inhabitant” in several prophecies. Nuclear annihilation is also discussed. Thankfully God is going to stop it just short of man’s extinction. (our free booklet The Wonderful World Tomorrow.)

Why are these terrorists introducing a threat we have never faced before? Because they are about to get nuclear devices—and youcannot deter suicide bombers! That is the deadly problem we face today. There is no way to fully protect people and places from suicide bombers.

Also, we lack the will to confront Iran. That nation is the supreme problem behind all terrorism.

Then Mr. Netanyahu was asked about cutting and running from Iraq. He answered, “I think you’re going to find it a lot more difficult than you think, because what happens when you run—when you cut and run, from terror—terror has this unfortunate quality of chasing you. This is, however, an American decision you make. …

“So the question is: Why is the American debate exclusively focused on Iraq when you should look next door? … [W]hatever you decide on Iraq, I would give one piece of advice: Do not mortgage that solution to the Iranians. Do not get into a situation where you are giving the Iranians any kind of license to develop their nuclear program in exchange for anything that they do with you, in Iraq, do or not do.

So where is the hope? Mr. Netanyahu says that “in the long term, the free peoples always win.” But is that true? No it isn’t, but it’s probably his only hope.

There is no hope in man! There never was and never will be. That is the supreme lesson that God is teaching mankind—the hard way. Every man and woman on Earth must learn that lesson. The sooner we learn it the better!

There is hope that will lift you to a wondrous new level of living. You can learn about this hope in our free booklet, based on the epistles of Peter, called A Living Hope.

There will always be spiritual hope. But you urgently need to take action while there is still physical hope.