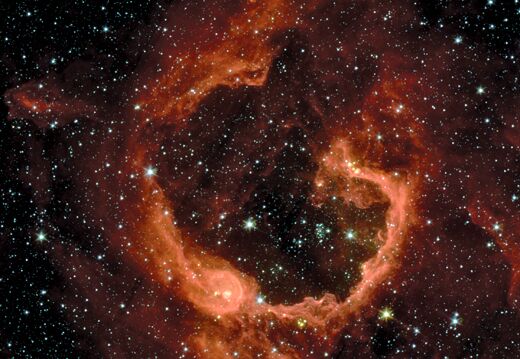 The ultimate answer on who is destined to control space.

Chinese space technology is threatening United States space superiority. This is one player in a global race to see who will ultimately control space.

Though lagging years behind America, China’s recent successes with its space program demonstrate it is fast catching up. In 2003, China entered an elite class of nations, joining America and Russia as the only nations to have put men into space orbit. Future plans for the ambitious Chinese space program include launching a lunar probe into space, with the intention of having it orbit the moon. Additionally, China has joined the European-led Galileo project, which is being built to compete directly with the Unites States Global Positioning System.

Chinese space advancements provide a contrast to nasa’s underfunded, and some say underachieving, space and defense program. Given all of China’s space program developments, Jane’s Air-Launched Weapons editor Rob Hewson says, “You could argue that China is getting ready to do a lot of things that the U.S. is now losing the ability to do.”

According to the Associated Press, while the U.S. has plans for a space-based missile defense and the Pentagon is working on ground-based lasers and other technology to shoot down satellites, “the Pentagon’s budget is severely constrained by Iraq and Afghanistan and a drive to replace outdated planes and ships, making space programs a lower priority …” (January 23).

Some industry analysts, like John Douglass, president and ceo of the Aerospace Industry Association, feel that nasa’s space science programs and research and development, integral components of U.S. space supremacy, are underfunded compared to historic levels. To match historical funding levels as a percentage of America’s gross domestic product, nasa’s budget would have to be doubled from the $16 billion it is today to between $30 and 40 billion (Access Intelligence, Dec. 18, 2006).

“Sooner or later,” Douglass recently said before an audience of industry professionals, and commercial, defense and space journalists, “this is going to reach a crisis.” One wonders if that crisis is not now beginning within the American space program.

In addition to China, other nations are also making progress toward equalizing American space supremacy. In January, India’s Indian Space Research Organization launched and returned its first satellite, in what one commentator termed an emerging space race. Japan also has plans to send an orbiter to the moon. And Russia’s space program, while recently underfunded and falling behind America in terms of technology research and know-how, is still capable of developing technology to challenge U.S. space supremacy.

European space ambitions are coordinated through the European Space Agency (esa), a network of 17 countries including France, Germany and Italy. With its Galileo system, and close connections to Russian technology and know-how, the European Union looks to become the most sophisticated and immediate challenge to U.S. space supremacy.

Europe sorely wants to close the space technology gap with the United States. “For a long time the Old World’s space program was way behind that of the United States, but measures taken by the esa in recent years have improved its situation. The motivation for this came mostly from the American president’s ambitious blueprint for space exploration. Reluctant to fall behind, Europe formulated its own strategy, almost doubling its space financing. One of the key points of the new concept is to broaden international cooperation, especially in the development of advanced launch vehicles expected to usher in a new era in space utilization,” ria Novosti noted (January 15, emphasis ours throughout).

“A new era of space utilization” could mean greater peace and cooperation among nations—but it also opens the door for the competition and war occurring at ground level to escalate. As upi reported, “The arming process [of space weaponry] going on all over the planet is a given reality and unlikely to revert in the foreseeable future” (Nov. 3, 2006).

Is this new space war a danger to the American way of life, or, even worse, to the peace and safety of the planet? If one considers human nature and the spirit of competition among nations—along with mankind’s history of using every weapon it has at one time or another devised—the prospect of a space race leading to the endangerment of mankind appears very high.

But within this bad news, some experts can find a glimmer of hope.

Noted author, physicist and space enthusiast Stephen Hawking recently stated that mankind needs to look to space if the human race is to survive. In a radio interview with the British Broadcasting Corporation, he stated that mankind will have to colonize planets in far-flung solar systems. “Sooner or later, disasters such as an asteroid collision or nuclear war could wipe us all out. But once we spread out into space and establish independent colonies, our future should be safe,” Hawking said.

There is a flaw in this reasoning, however. Though mankind’s intentions to explore space and advance the interests of humanity may be praiseworthy, we simply cannot overcome the spirit of competition that drives nations to wrestle with other nations over who should rule it. The fact is, the same problems among peoples would exist wherever humans lived, simply because of the pervasive influence of human nature.

God plainly says space is His domain (Isaiah 66:1). He has not yet given mankind the right to rule space.

However, though Hawking’s ideas may appear fanciful and idealistic, he is not as far off as some may presume. Though mankind won’t step into space in quite the way Hawking describes, mankind will indeed colonize the universe! Incredibly, according to the Bible, mankind is heir of “all things” (Hebrews 2:7-8), or, as James Moffat translates it, “the universe”! The Bible details how each human ever born has the potential to be involved in colonizing efforts into the deepest reaches of outer space.

That will not occur, however, until man learns to rule his own spirit and becomes converted (Isaiah 66:2). But at that point—which is sooner than most would presume—as our book The Incredible Human Potential explains, mankind will be given a chance to rule space in a spirit of cooperation and love. The spirit of competition that drives so much investment into implements of war today—like satellite-busting weaponry, which is a direct threat to the safety of Americans and the peace of this world—will no longer plague man and frustrate his ambition to explore space.

Ultimately, space doesn’t belong to a nation, or even a company of nations in this world; it belongs to God. Even now, He is working out a plan to give the universe to you forever. He wants you to rule space.