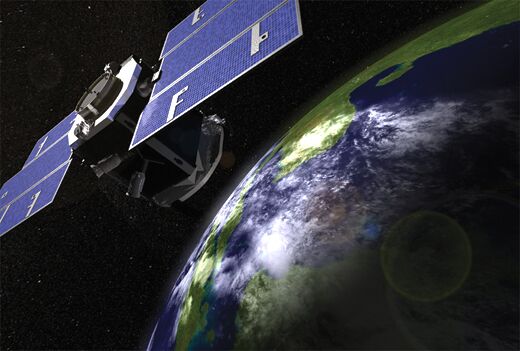 The Chinese have upped the ante in the race to see who will control space.

China has taken the space race to a new level. By shooting a warhead from a ballistic missile into space, destroying an old Chinese weather satellite on January 11, China exploded more than a satellite; it exploded the myth that China’s space program does not threaten America.

Christopher Bodeen, writing for the Associated Press on January 23, observed, “The test is a shot across the bow of U.S. efforts to remain predominant in space and on the ground, where its military is heavily dependent on networks of satellites …. [A]ny potential conflicts in space would put much of the industrialized world’s economies at risk ….”

Robert Joseph, undersecretary of state for arms control and international security, was quoted in the January 22 New York Times as saying, “This is a wake-up call,” adding, “A small number of states are pursuing capabilities to exploit our vulnerabilities.”

The last time America felt threatened from space was when Russia launched the world’s first satellite, Sputnik i, on Oct. 4, 1957. Russia threw down the gauntlet, and America took up the challenge. The United States began to heavily subsidize what would become the world’s largest and most advanced space technology program. Today, nasa can claim that it put the first man on the moon, among other notable achievements.

As the world adjusted to the new reality of man in space, a period of equilibrium set in. The Outer Space Treaty went into effect on Oct. 10, 1967, just a decade after the launch of the world’s first satellite, between the main space powers, Russia and America (with Britain). The treaty included articles governing the lawful activities of states in the use and exploration of space. However, in terms of space warfare, the treaty only banned the use of nuclear arms or other weapons of mass destruction from being deployed in space.

Since that time, the world, in particular the U.S., has become heavily dependent on satellite technology.

America’s enemies are all too aware of its technology Achilles heel. With this in mind, and knowing that defeating the American military head-on is a daunting prospect, nations are looking to a unique method to level the playing field against American forces: asymmetric warfare. Asymmetric warfare “envisions defeating the U.S. or another powerful foe by knocking away key capabilities rather than through frontal assault” (Associated Press, op. cit.).

How does China envision its satellite-busting technology will play out in its favor? Agence France Presse reported January 23:

The United States is Taiwan’s security guarantor against any possible Chinese invasion. But the recent successful test of a Chinese satellite destruction missile raises the prospect of Beijing scuttling America’s critical satellite network in a possible war.”The prospect of losing a good chunk of our satellite coverage, our satellite network in space in a Taiwan combat scenario really does change the equation for American planners on how we approach the defense of Taiwan should it need it,” John Tkacik, a former State Department expert on China, told afp. …If the Chinese pursued the satellites during hostilities, it could cause Washington to have second thoughts about getting involved.”If especially the United States felt that its satellites were equally vulnerable, it’s a disturbing new development,” said Tkacik, the former chief of China analysis in the State Department’s bureau of intelligence and research.

The January 22 New York Times article also highlighted the fact that China has “extensively studied how the United States has used satellite imagery in the Persian Gulf war, the wars in Iraq and Afghanistan, and in tracking North Korea’s nuclear weapons program …. Several senior administration officials said such studies had included extensive analysis of how satellite surveillance could be used by the United States in case of crisis over Taiwan.”

Now, China is not the sole possessor of satellite-busting technology. But by demonstrating its capability, China joins the ranks of a select few nations, which include the United States, possessing such technology. The United States is working on ground-based lasers and other missile technology related to space war. However, despite American efforts to maintain a lead in space dominance, China exposed the fact that the gap ensuring American technological superiority is rapidly closing. “We are falling behind, if not losing, on many measures of space superiority,” Defense Department contractor Stephen Hill recently stated at a forum in Washington.

Is the Chinese test part of an intensifying space race? Yes. Will either America or China control space? No. We will address the ultimate answer as to who will control space in tomorrow’s feature.