Why the London and Frankfurt stock markets want to merge 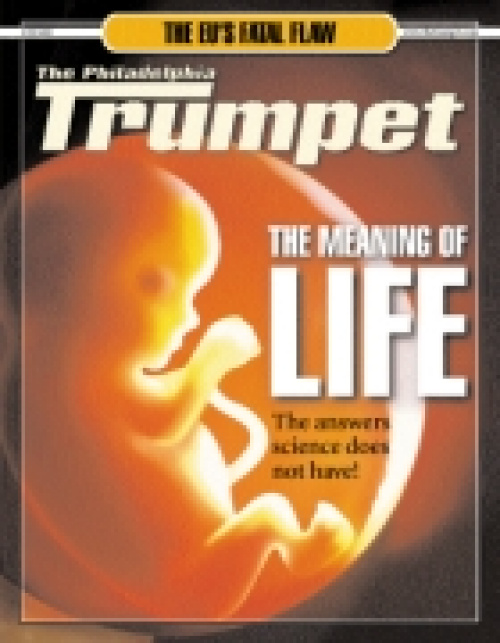 Is London on the brink of surrender? Unthinkable a decade ago, the London Stock Exchange (lse) and its Frankfurt counterpart (Deutsche Börse) have announced plans to merge in the creation of a central European trading center.

Europe’s one-stop stock shop will be based in London and adopt the Frankfurt Stock Exchange’s Xetra electronic trading platform. The new exchange will be known as iX (International Exchanges). Dresdner Bank places the value of the merger, which will be officially completed by 2001, at 2.3 billion euros (US$2.1 billion).

The Anglo-German union includes a joint venture agreement with Nasdaq Europe Ltd., the European subsidiary of the technology-heavy U.S. Nasdaq market, to create a European market for high-growth stocks.

Under the new plan, executives in London would oversee trading of blue-chip companies, while a team in Frankfurt would control the fastest growing sector of the market: high-tech stocks.

The London-Frankfurt agreement is contingent upon approval by British and German stockholders, which both sides see as a formality.

By a factor of two the lse is Europe’s largest exchange in terms of the value of shares listed. Deutsche Börse, however, turns over more than twice as much profit as the lse.

The merger of these two exchanges will serve to strengthen Frankfurt’s dominant role in European finance.

Despite the deal’s clear appearance of London waving the white flag of surrender, the official line from the British government and its financial district is that the merger poses no threat to London’s long tenure as Europe’s financial king of the hill.

The London-Frankfurt merger comes hot on the heels of the French “Euronext” plan to merge with the Dutch and Belgians. Just days after the iX announcement, both the Milan and Madrid exchanges signed a letter of intent to join the London-Frankfurt giant, placing intense pressure on France, Netherlands and Belgium to abandon Euronext and join iX.

Such additional mergers would amount to the European Monetary Union’s leading group of nations merging their stock exchanges with that of the one EU member nation most resistant to monetary union—Britain. This does not bode well for the survival of London’s historic dominance of global share trading.

Over the years, the nature of Europe’s exchanges has changed. They are no longer physical meeting places; traders have elected to make their deals on the phone or at their computer terminals. Now the exchanges’ main role is to operate computing systems that supply current prices and other vital data to their worldwide traders.

Otto Naegeli, top executive at Eurex, a Swiss-German exchange, says that “it simply doesn’t matter where the computers are located” (Wall Street Journal, May 3).

This explains why Germany (the real winner in this deal) was happy to allow London to be the iX base of operations—for now. Germany’s Frankfurt exchange simply holds the whip-hand in the deal by controlling the German-developed electronic trading platform adopted by London as a condition of the merger.

Britain is currently staying out of Europe’s new common currency. What does the exchange merger mean for the future of Britain’s beloved pound?

The outgoing chief executive of the lse, Gavin Casey, told bbc News that it would make sense for all companies listed on the iX bourse to list in euros in the future. Smaller investors in the UK will inevitably face a currency cost if they choose to keep their holdings in pound sterling. As UK shareholders gain a clearer picture of the direction of the iX, this will no doubt lead to increased tensions within Britain over the future of the pound versus the euro.

Under the noses of average Britons, their present administration has taken great liberties in its relationship with Europe. As a sleepy Britain wakes up and realizes it is being gobbled up by its German-dominated European neighbor, watch for the future of the pound and British sovereignty to become main topics of conversation. There may follow a confrontation with the EU bureaucracy, leading to an ouster or withdrawal by Britain from the EU. If this happens, Britain may be forced to look across the Atlantic to its old North American allies for economic survival.

With Britain accounting for two thirds of total European investment in the U.S., the call for hitching the British economy to nafta, rather than the EU, would appear to offer significant economic and political benefits to both the U.S. and Britain. Noting that the bookkeeping suggests the UK would be better off leaving the EU, additional support has come from U.S. Senator Phil Gramm. With a background in economics, this Texas Republican and one-time presidential hopeful has taken steps to have the United States International Trade Commission study the impact British membership would have on America. “He supports the widening of nafta to include Britain, and his spokesman said: ‘Since he became chairman of the banking committee six months ago he’s gained more power and influence in the Senate, and it gives him the opportunity to turn this hobby horse into a real pony’” (Daily Telegraph, July 5, 1999).

Senator Gramm and many other U.S. and Canadian business leaders believe that all spheres of commerce would benefit from British integration into nafta. However, Britain could not join without ending its current relationship with the EU.

Now the United States is feeling the heat from Europe’s mega-mergers and acquisitions. Senator Gramm recently warned U.S. financial institutions of the dominance of Germany. “This is a market that we invented, that we dominated, and because of over-regulation by government, because of slowness to adopt new technology, we now have the German market larger and growing faster than our markets,” he said (aptn, April 13).

Speaking of the growing popularity of the Frankfurt exchange, U.S. Federal Reserve Chairman Alan Greenspan pointed to the uncertain future of the New York Stock Exchange’s global hegemony. “If it fails to respond to technological change, one centralized trading venue, even the New York Stock Exchange, can be displaced by another, as other trading systems take advantage of newer technology to offer greater efficiency or to provide new functions investors value more highly” (ibid).

In a recent interview with the Trumpet at Oxford University, longtime British MP Sir Richard Body also outlined the future of Europe’s single currency in light of the striking parallels between Germany’s economic policies of the 1940s and those of the 1990s.

“They are engaged in economic aggression,” he said. “And there’s nothing new in this—Hitler was talking about this too—he spoke of the new economic order. In fact, there’s precious little difference between Hitler’s new economic order and what we’re getting now. Some people say it’s the same without the jackboot. That’s not an unfair comment actually. The economics of what we’re getting now is very similar to what was proposed in the 1940s, and the single currency goes back to those days.

“Now, when Hitler had occupied nearly the whole of Europe, he told his cabinet, ‘Now we can have a single currency, we can have the Reichmark as the currency for all Europe.’ But Doctor Funk, who was his economic advisor, said to him, ‘Führer, not yet, not yet. Our objective is to make the rest of Europe agrarian, and the industrial power base to be here in Germany. First of all, therefore, we must have the exchange rates fixed. Let them continue to have their currencies, but we in Berlin will fix the exchange rates, and once we’ve de-industrialized the periphery of Europe, we can then have a single currency, and the mark can then be the currency for all Europe!’ And that is exactly what’s happening now. They don’t call it the mark, of course, although the Germans are sometimes calling it the euro-mark. And it may be that in due course they’ll drop the word euro and instead of calling it the euro-mark, the mark. But that is the objective. It is exactly the same as what Doctor Funk advocated in 1941.”

Soon the world must wake up to what is happening in Europe, emanating chiefly from a Brussels-based EU subservient to the bullying tactics of Berlin bureaucrats. The London-Frankfurt stock exchange merger may be a survival tactic to London. But for a German-dominated European Union, it is but one more step toward global financial and economic domination.