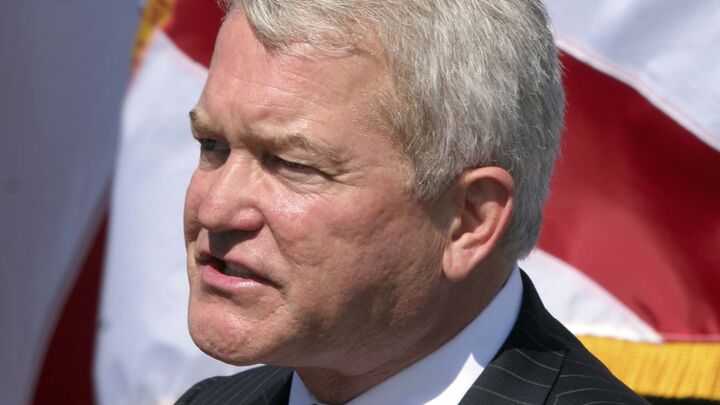 The casualness of it is appalling. “He loved parties and making jokes; he did a wicked Bill Clinton imitation; he loved to talk about sex. He had to be a little bit careful however. A gay man, he might bring a boyfriend to private parties, friends say, but when he appeared on the official cocktail circuit, he went alone or with a woman.”

This is Newsweek’s description of a man who, until September 29, was a United States Congressman.

Investigations into the Mark Foley scandal uncovered a culture of breezy tolerance of sexual corruption in the nation’s capital. Foley’s sexual orientation was an “open secret” in Washington, where homosexuals are accepted, even in the “family values” Republican Party, as long as they aren’t too flirtatious, too open, too brazen. For the public, Foley played the role.

His homosexuality would not have threatened his office at all—nor, presumably, his adolescent crudeness or his philandering—had he not leveraged his position to pursue an improper relationship with a teenaged congressional page. When the scandal broke, Foley promptly resigned (though he won’t be prosecuted unless it is proved he actually had sex with underage men). However, politicians and media alike are quick to trumpet their belief that there is nothing wrong with his homosexuality—only his preying on teens.

When the previous American president had an adulterous sexual relationship with a White House intern, this made some people uncomfortable, but it was not a firing offense. The cause for which William Jefferson Clinton was impeached (though later acquitted by the Senate and allowed to serve out his presidency) was lying under oath.

Don’t these uncrossable lines seem a bit oddly placed? Certain details turn a mere peccadillo into a political crime: the age of the recipient of a salacious e-mail; hair-splitting over the word “is.” Meanwhile, adultery, trysts with young adults, homosexual affairs—these are simply part of life in the beltway. Open secrets. Wink, wink.

The notion is, as long as it doesn’t hurt a man’s ability to govern, it’s fine. Foley was praised, by some accounts, for his love of the party scene, even for showing his crass side. Bill Clinton, at the end of 1998, the same year he was impeached, registered on a cnn/USA Today/Gallup poll as the most admired man in the country.

But are we so sure the loose sex doesn’t hurt anyone? No harm in the lost time and emotional distraction in trying to seduce assistants and later dump them—no harm in having to navigate the perilous waters of cutthroat politics under the scrutiny of press and public while hiding blackmail-worthy secrets—no harm in saying one thing, doing another, publicly playing the selfless servant while privately noshing on selfish lusts? What about the effect of this lechery on staff morale? Or on hormonal, impressionable junior high schoolers who catch it on the evening news? No harm?

The truth is, there is something terribly wrong with this nonchalance over immorality. One telling episode in history illustrates the point: that of King David.

If marital fidelity were a criterion for holding public office, David wouldn’t qualify. He lusted, committed adultery and impregnated a woman, and then in the cover-up made sure her husband would be killed in battle. Ugly stuff.

In today’s political climate, though, it’s hard to say what the fallout would be. If the story hit the tabloids, it would likely have legs simply because of David’s well-publicized proclamations that he served God and loved God’s law—in which adultery is, of course, a serious no-no. Few things juice the press more than an opportunity to expose hypocrisy in a conservative. But would it get David kicked out of office? Infidelity is tame by today’s standards, and it would be ridiculous to try to pin a murder charge on the commander in chief for sending a soldier into battle.

But God wasn’t impressed. He confronted David: After all I’ve done for you, this is how you repay me? In His eyes, David had killed a man with his own hands and stolen his wife. As punishment, he cursed David to a life of violence and family hostility, and of having his own wives taken by other men. You did your act secretly, God charged, but I will punish you openly, in the eyes of the whole nation.

Does character matter in a leader? Clearly God says yes. He expects an upright example, one that inspires people toward greater virtue in their own lives. He knows a wrong example is poison to a people’s morale and its morals. On top of that, when a leader who claims to represent God slips up, it opens him up to those sanctimonious cries of hypocrisy, and even exposes God to criticism. God railed against David: By committing this sin, you’ve given my enemies great occasion to blaspheme me! That’s why the public chastisement. God wanted to make sure the whole nation knew He would not stand for such behavior.

If that is God’s response to leaders who sin, Washington’s nonchalance represents the devil’s view. Yes, there are lines still in place that, if crossed and publicly exposed—most likely with relish by political enemies at the opportune time—can force a congressman to resign. But behind those lines is a world of relaxed iniquity. Open secrets.

Interestingly, God didn’t impeach David. The king deeply repented, embraced the strong correction from his Maker, and recommitted himself to living according to the law he loved. He ended his life in strong standing with his (in the end, one) wife, his subjects and his God. Scripture eulogizes him honorably, as a man after God’s own heart, and prophesies that he will rule Israel again in God’s coming Kingdom.

What made that spectacular ending possible? God’s rebuke. In today’s culture of breezy tolerance of sexual corruption in our leaders, King David never would have had a chance.