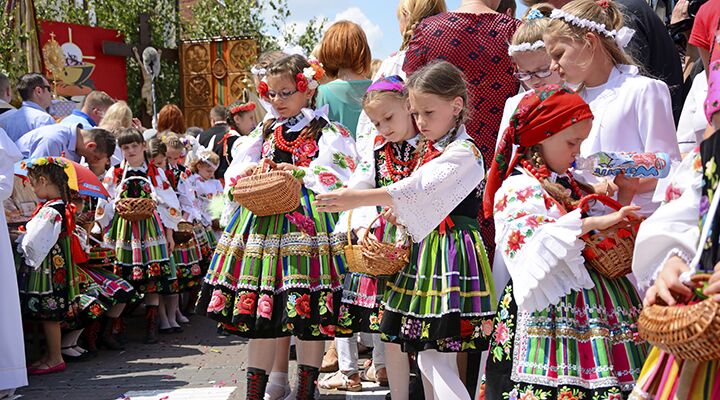 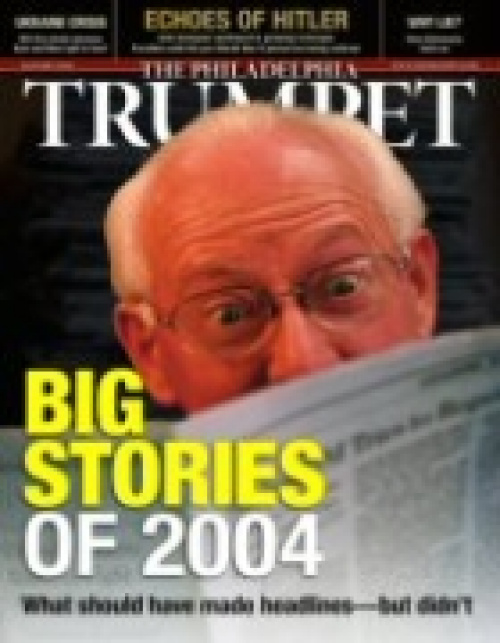 The peoples of the great flatlands of Poland and the Ukraine are significantly Slavic in origin. Although some of the descendants of Madai (the Medes) settled early in southern Ukraine and the general area of Moldova (between Romania and Ukraine), and great waves of immigrants, including the Assyrian and Israelite peoples, swept through this region over time, it tended to be mainly those of Slavic origin that settled these areas. While history records little of the origins of the Slavs, biblically, they are identified as descendants of Shem, the progenitor of the Caucasian races. They descended through Elam, son of Shem (Genesis 10:22), and the Medes descended from Japheth (verse 2).

John Roberts recorded in his definitive work, The Triumph of the West, “Slav origins are very obscure, but there have been Slavs in Eastern Europe for a very long time. … By a.d. 500, Slav migrants occupied the northern bank of the Danube from Belgrade to the sea.” Often harassed by Nomadic tribes from the east that swept in waves across their areas of settlement, the Slavs somehow managed to hang on to their land.

Having migrated from northern settlements between the Vistula and Dnieper rivers, and following the Germans into southern Russia and Eastern Europe in the third century, the Slavs did not appear on the borders of the Roman Empire until later, after the German tribes had moved on to the south and west.

By the sixth century, the Slavs were in control of Lithuania, Ukraine, central Russia, Poland, Bohemia and Slovakia, and were moving toward the Balkan Peninsula. By this time the Romans were fighting the Slavs along the Danube frontier, seeking to stem the Slavic tide by fortifying their eastern continental borders. Ever since, two great divisions of Shem’s descendents, the Germanic and the Slavic, have contended for a line of demarcation between their respective civilizations.

Central European Slavs were constantly threatened with invasion by the Germans. In the eighth century, Charlemagne crushed Slavic resistance, bringing the Slavs entirely under Frankish—and popish—influence. With religion and politics regarded as one by the Holy Roman emperors, enforced conversion to Catholicism of the Slavs eastward through the Ukraine followed under both Louis the Pious and his son, Louis the German, during the ninth century.

Emperor Michael followed through with a concerted effort to Catholicize the Khazars (Cossacks) who had carved out an empire in southern Russia, south of the Dnieper and bordering the Black Sea and spreading northward across the Don to the Vistula River. By this time, the papacy claimed jurisdiction over all Slavs.

Slav Europe, as it exists today, is the most outstanding successor of the Byzantine Empire under Justinian. In a.d. 865, the Bulgarian khan, Boris, was converted to organized Christianity. Thus commenced the Orthodox realm of Christian civilization, which now dominates the Slav peoples east of the Balkan Range. It merged with philosophical ideas and cultural models fashioned on Byzantium in the East, rather than the Latin West under Rome’s domination.

Herein lies the beginning of the division between that form of Catholicism, or “universal” religion, practiced by religious adherents attached to the Vatican and those attached to Eastern Orthodoxy.

In the ninth century, Otto the Great, in an effort to colonize the eastern frontier of the German kingdom, continued the effort to Germanize and forcibly convert the Slavs to the religion of Rome, clear on through to greater Poland. At this time, Poland possessed the Ukraine to beyond the Vistula River.

By the 11th century, the Polish King Boleslaw i “the Brave” consolidated the relationship with Otto iii. The pope crowned Boleslaw king of Poland in 1025, thus bringing the Ukraine, then under Polish rule, within the realm of the Holy Roman Empire.

In the 14th century, the crusading Teutonic knights, prevented by the Ottomans from furthering the pope’s efforts to capture Jerusalem, turned their efforts to the forcible conversion of the Baltic states and pagan Prussia. Their systematic cruelty reduced the Balts and Prussians to submission under popish rule. By the 15th century, the Poles had converted Lithuania to Catholicism.

Slav history is given further color (much of it by blood) by the Islamic influence that inspired the great invasions that had spread Turkish power by a.d. 1500 to mainland Greece, Bosnia, Herzegovina, Albania and the Ionian Islands. Many Slavs then converted to Islam under Ottoman rule.