Questioning the biology of bad behavior 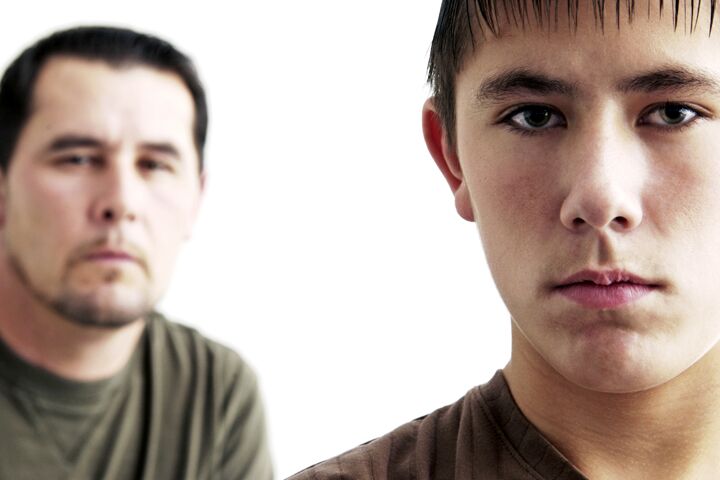 Questioning the biology of bad behavior

Teenagers have rudeness and a lack of empathy hard-wired in—so said Sarah-Jayne Blakemore, a leading neuroscientist at University College London, in September. More than that, though, she said that perhaps teens should not be held responsible for their actions—even in court—because of their neurological differences: “It’s not just hormones causing teenagers to be difficult. It is also the fact that their brain is developing,” she said. “It does give them a bit of an excuse” (Guardian, September 8).

Dr. Blakemore conducted two studies: The first showed that teens’ brains “may still be developing when it comes to sensitivity to other people’s feelings” (cbs News, September 7). The second study “found that adolescents and preadolescents are slower at predicting how another person might feel in a given situation” (ibid.). Brain scans of a study group showed that brain activity in teens was more predominant in the back of the brain, while in adults it shifted to the medial prefrontal cortex toward the front of the brain.

True though these findings may be, using them to give teens a pass on bad behavior is a bad idea.

It wasn’t me—my brain did it is a compelling excuse for a lot of things. Studies show, for example, that women have better capacity to control anger and more tightly-packed brain cells than men. Surely a lot of men could draw on that science with their wives: “But, honey, women are naturally more empathic than men. We use a different part of our brains.” While most women might agree with that reasoning, how many wives would be willing to give their men a free pass because of it?

There are also studies showing that overweight people have “more of a certain type of seratonin [a molecule synthesized by brain cells] receptor” (Radiology Today, July 17). Just imagine how much latitude we should give to an overweight teenage male.

Also, studies indicate that breast-fed children have better neurological development than formula-fed children. Perhaps that should be taken into account for our teenager’s history as well. And if we should discover that he is bipolar, has Attention Deficit Disorder, or any of a number of other afflictions, how should that be factored in?

This line of reasoning is a slippery slope without end that would require brain scans of every criminal—teenage or not—and that would likely always find some abnormality.

The results of the study should shock no one; the notion that teenagers are rude isn’t exactly groundbreaking. But the idea that someone of teenage—a phase of life everyone passes through—is less responsible for his or her actions because of neurological differences is absurd. Many teenagers are well behaved.

Instead of taking responsibility for the behavior of teens, possibly their own, researchers are using their data to draw erroneous conclusions: in this case, that “[i]t does give them a bit of an excuse.” A far more logical conclusion would be: Teens need our help. If their brains are still developing in key ways during those years, that is all the more reason parents should remain deeply involved in their teens’ lives, instilling habits of respectful interpersonal communication and strong character. It almost goes without saying that a teen can’t make decisions as well as an adult; this is why parents are still accountable for them!

The foundation for the critical relationship between parents and teens is laid during children’s earliest years. The highest level of brain activity is not found in adults or teenagers, but in young children. In fact, until age 10, children show almost twice the level of activity found in an adult brain. The first few years of a child’s life is the most important stage for shaping the development of his or her personality—for teaching the emotional stability that they will need when they inevitably become teenagers who are accountable for their actions.

Infant psychologist Selma Fraiberg wrote, “We have learned that the human qualities … to love are forged during the first two years of life” (Every Child’s Birthright: In Defense of Mothering). If you form that warm, loving relationship while your child is young, and then maintain it through the teen years, you can provide the guidance and stability that a teen still needs.

In addition to forming an emotional bond with a child, parents have the opportunity to shape that child’s development, to establish right habits of behavior. If a child learns those patterns when they are young, he will have a far easier time as a teenager; good behavior will be ingrained because it will have been practiced. If you teach your child to speak respectfully to elders, to have good table manners, to share with others, to show honor to you as a parent—and then maintain a strong personal bond with your child as he grows into teenage years—that behavior will continue for the rest of his life. Through the teen years, if behaving in a socially acceptable manner isn’t already ingrained into his thinking, no one can expect him to start then.

Teaching is a parent’s responsibility. Researchers can’t let you off the hook if you have a badly behaved teen—you still have to live with him or her. Their research shouldn’t provide a free pass for either teens or parents.

The truth of the matter all gets back to one piece of biblical wisdom, backed up by neurological findings: “Train up a child in the way he should go: and when he is old, he will not depart from it” (Proverbs 22:6).