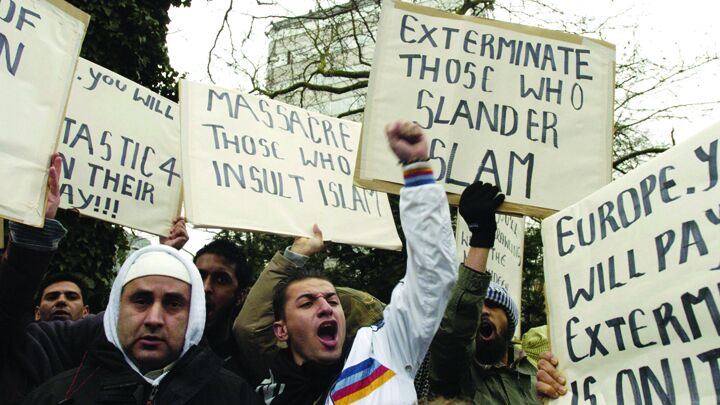 If somehow a group of Britons from 100 years ago were brought to life and turned loose on the streets of modern London, they would barely recognize the place.

The Britain of their day bursted with imperial pride—a sense that the empire was a gift to the world. Over the three centuries Britain built and sustained its globe-straddling kingdom, its extensive contact with all manner of foreign cultures was governed by a sense of duty, of mission. The British sought to strengthen the peoples of other races, religions and creeds with a specific, potent instrument: the civilizing influence of Britishness. Their various dealings with these far-flung peoples made the world—even to this day—a fundamentally different place.

The Britain of today is transformed in many ways because of one core truth: The former imperial pride is demolished, replaced by outright embarrassment and hostility for what the British Empire once embodied. Britain’s once stout heart is utterly feeble, with poisons of doubt and self-loathing coursing through its chambers.

The effect of this change on the nation’s defenses cannot be overstated.

The first hints of the sickness began after World War II, when a victorious Britain surveyed the scene and comprehended how many of its men now lay buried in the battlegrounds of Europe. It could have lost that war. This sinking sense of the nation’s mortality became far gloomier a decade later when, in 1956, Britain was forced to back down from a confrontation with Egypt over the Suez—a stark humiliation that shook the very notion of imperialism to its foundations, and also left British culture vulnerable to the savage forces of liberalism that stormed the Western world during the 1960s.

In the 13 years following the Suez crisis, intellectual retreat from imperialism was reflected in a territorial retreat: Britain granted independence to nearly all of its remaining colonies in Africa, the Far East and the West Indies. Military spending plummeted. Meanwhile, however, the British standard of living actually rose, and the general public turned inward, apparently unconcerned with the loss of empire.

Britain’s sense of national purpose and identity—including ideals and virtues long held in esteem and broadly aspired to—was replaced by a culture of self-love and moral relativism. “O England! …” wrote Shakespeare in Henry V, “What mightst thou do, that honor would thee do, / Were all thy children kind and natural! / But see thy fault! France hath in thee found out a nest of hollow bosoms ….” Young people grew up without a moral anchor, stripped of nobility. Permissiveness and secularism flourished; tradition and faith languished.

This transformation “encompassed a radical assault on traditional values and attitudes, many of which were closely associated with the empire and those who had made and ruled it. If their ideals were bogus, then perhaps the institution itself was rotten throughout” (Lawrence James, The Rise and Fall of the British Empire). All that Britain once was came to be regarded with shame.

The only way to reclaim legitimacy, it was believed, was to squash all things national in favor of the international, the multicultural. Before long, the nation was caught up in a long and hiccupy flirtation with the Continent, a slow-motion entanglement that would gradually erode its national sovereignty. It also permitted, beginning in the 1960s, an unprecedented level of immigration, which served to further dilute whatever cultural cohesion the nation had retained.

With the nation’s immunity thus weakened morally and culturally, evils began to penetrate and take root in the national body.

In the 1970s, particularly large masses of immigrants swarmed to England’s shores from Third World countries that were becoming radicalized at the time. Among them slipped handfuls of Islamist activists who began infecting otherwise peaceful Muslims with hateful, violent ideas. Stoking passion for their cause were such watershed events as the Iranian Revolution of 1979 and the Islamic victory over the Soviet Union in Afghanistan—events that, in the mind of Muslims, offered proof that their religion was destined to rule the world.

British officials dumbly stood by and let this sickness spread unchecked. They ignored open expressions of activism and clear incitement to violent acts. In fact, the dogma of political correctness had so infected the nation that, thanks to its exceedingly liberal asylum laws, even individuals who had been exiled from other nations for being too radical were welcomed into Britain. An Algerian journalist who tracked the story called the UK “the only country that gave asylum and didn’t ask a lot of questions.”

In defiance of all common sense, British courts embraced the European Convention on Human Rights, which by the 1990s had come to ban the deportation of illegal immigrants—even suspected terrorists—to anywhere they might face torture or abuse. “[I]f such immigrants turned out to be themselves harmful to Britain, they could not be thrown out if they claimed that they faced further harm where they were being sent—which many promptly did. … Thus a Taliban soldier who fought the British and Americans in Afghanistan was granted asylum because he said he feared persecution—from the Western-backed government in Kabul” (Melanie Phillips, Londonistan).

This goes beyond Britain unwittingly allowing sickness to develop. It is self-sabotage—state suicide. Had Britain remained a vibrant, upright nation, confident in its identity and role in the world—not to mention resistant to what forces might threaten that position—it would have been more vigilant to expunge evil from its midst. And its immigrants would have had far more to identify with and take pride in within the nation they had chosen to make their home.

Instead, as Phillips put it, “British society presented a moral and philosophical vacuum that was ripe for colonization by predatory Islamism” (ibid., emphasis mine).