Our world is drowning under a rising tide of troubles. 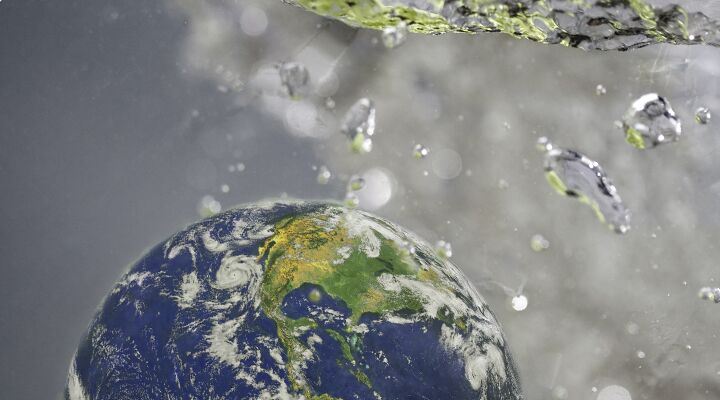 Our world is drowning under a rising tide of troubles.

The Baghdad morgue is being overwhelmed by corpses, almost all of which died violent deaths, mostly gunshots to the head. Iraq is devolving into a civil war. Shiites and Sunnis, rather than cooperating in bringing effective and unified governance to their nation, are lunging at each other’s throats. The notion of Iraq becoming a peaceful, self-sustaining, stable state—a democratic model for the Middle East—is dimming.

This is disheartening news to say the least—and not only to Iraqis. For the United States, this can only be interpreted as failure in its single biggest global project—its primary theater of operations in the “war on terror.” Now if it pulls out, it effectively gifts the Arabian Peninsula to Iran. If it stays, it does so, in the words of Stratfor, “as a purely symbolic gesture, without any hope for imposing a solution” (August 8). An unenviable pair of options.

What is truly remarkable about this situation is the fact that Iraq doesn’t even represent the biggest news in the world right now. It was relegated to page-2-or-3 news by Israel and Hezbollah. And by all appearances, the war in Lebanon was orchestrated by Iran—at least in part to distract attention away from its nuclear program, another geopolitical headache. Then, in August, a foiled terrorist attack on British planes pushed all of those headlines to the background.

Buried even deeper in the back pages is Afghanistan—yet one more troubled area whose problems are only getting worse as the “ousted” Taliban makes a comeback. Did we mention North Korea? It was only July that Kim Jong Il test-fired a volley of missiles including one with the potential to strike America’s West Coast. Then there is Fidel Castro—that perennial gadfly of the U.S.—whose poor health has left Cuba’s future uncertain.

The news about Castro, which came on the same day of another notable event—the demilitarized zone separating North and South Korea being breached by a shooting incident—prompted Stratfor to make the following observation: “The United States, which is obviously concerned with all three incidents [including the Lebanon war], is on complete overload. This isn’t a Bush thing. It’s an institutional thing. Managing three unrelated crises at the highest level of any government stretches things beyond capacity. If these events happened sequentially, they would absorb almost all analytic and decision-making capacity. When they happen together, two would-be crises are subconsciously declared ‘non-crises’ and handled at the lower pay grades—or actually, not handled at all” (August 2, emphasis mine).

What is happening to the world? It is dizzying enough simply staying informed about these events—let alone having to make binding policy decisions on each one of them. Columnist Peggy Noonan recently commented how global concerns, combined with domestic problems, are simply overwhelming our leaders: “We are asking our politicians, our senators and congressmen, to make judgments, decisions and policy on: stem-cell research, sdi, nato composition, G-8 agreements, the history and state of play of judicial and legislative actions regarding press freedoms, the history of Sunni-Shiites tensions, Kurds, tax rates, federal spending, hurricane prediction and response, the building of a library annex in Missoula, the most recent thinking on when human life begins, including the thinking of the theologians of antiquity on when the soul enters the body, chemical weaponry, the Supreme Court, U.S.-North Korean relations, bioethics, cloning, public college curriculums …”—and so on; she went on to list 29 more subjects (including such “minor issues” as UN reform, homeland security and nuclear proliferation) and then concluded: “And that was just this week” (Wall Street Journal, July 13).

There is no question that the pace of earth-shaking events is quickening, that hatreds between enemies are growing hotter, that the vitriol of public debate is turning more acidic—that, in short, the complexities and perils of our world are spinning beyond our ability to manage them.

Some would argue that it has ever been thus—that this complaint is common to man throughout history. What slays that argument, though, are uniquely modern realities: technology that shrinks continents and bridges oceans, linking individuals, groups, populations; news that encircles the planet in an instant; pools and rivulets of radicalism that are meeting and finding each other as they surge forward into streams, rivers, torrents of anger that manifest as terrorism; chemical, biological and nuclear armaments—weapons of mass destruction—that have proliferated beyond the possession of sovereign states with rational, predictable patterns of behavior. This is different.

More and more in the news one sees commentators allowing a certain hopelessness to creep into their reporting and analysis—alluding to unprecedented times, plagues, curses, biblical-scale occurrences, apocalyptic events. Step back, one cannot escape the sense that we are lurching into a world ominously unlike the one we have inhabited for the last couple of generations.

Perhaps—here, a note of hope amid the hopelessness—as this tsunami of crises crests, more and more people will be shaken from the delusion that mankind is capable of solving its own problems. Jesus Christ prophesied that humanity, left to itself, would erase all life from the planet. By now, as we watch Armageddon approach, we should be able to recognize the wisdom in His words, and take that as a prod to turn in repentance to God, in whom lies our only hope.