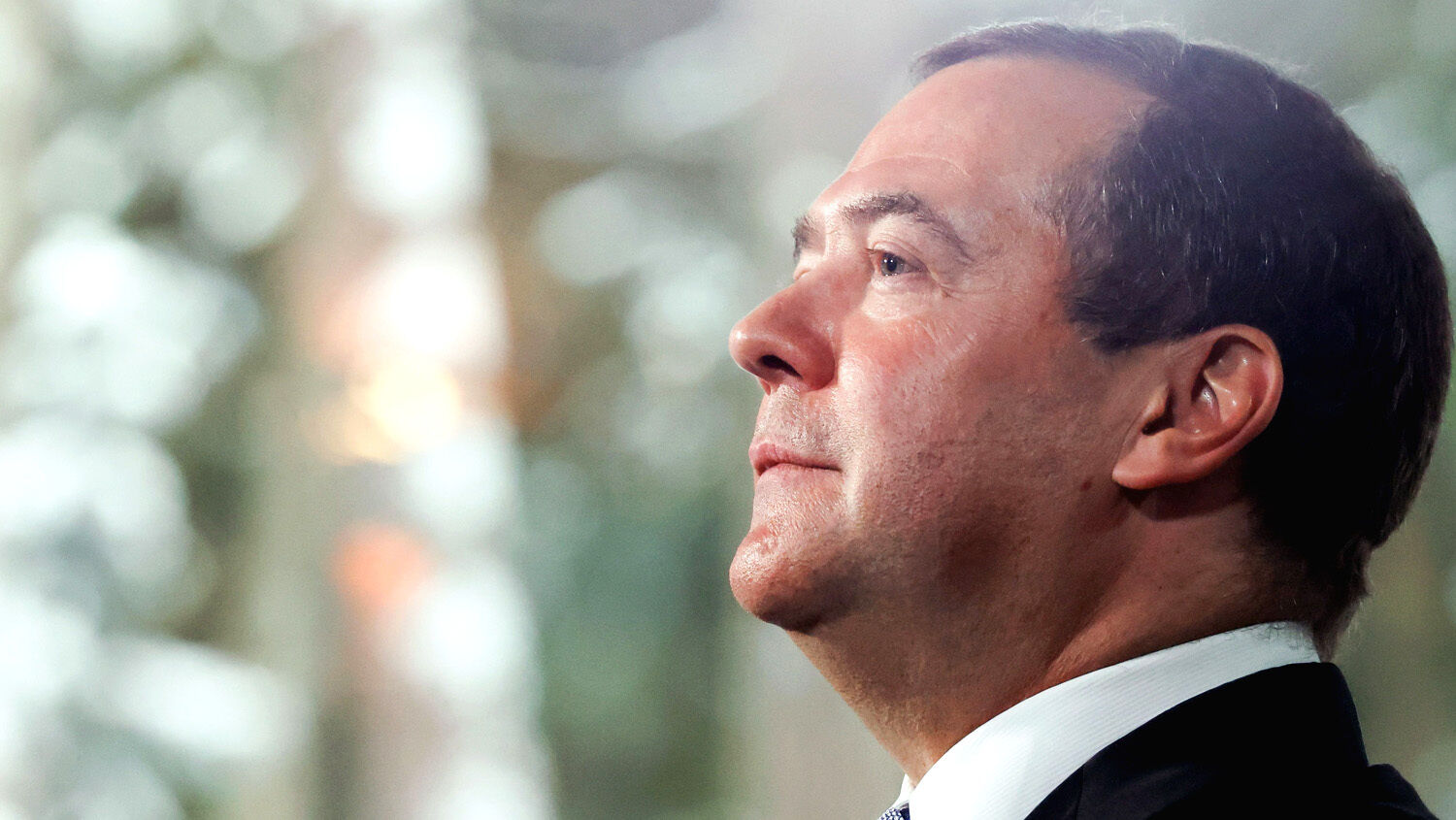 Former Russian President Dmitry Medvedev warned nato on January 19 that a defeat of Russia in Ukraine could ignite nuclear war, while the leader of the Russian Orthodox Church said the world would end if Western powers attempt to vanquish Russia.

The defeat of a nuclear power in a conventional war may trigger a nuclear war. … Nuclear powers have never lost major conflicts on which their fate depends.

Striking a comparable tone during a sermon the same day, the head of the Russian Orthodox Church said any effort to destroy Russia would bring about the world’s end.

Today is an alarming time, but we believe that the Lord will not leave Russian land. We pray to the Lord that He bring the madmen to reason and help them understand that any desire to destroy Russia will mean the end of the world.
—Patriarch Kirill, head of the Russian Orthodox Church

These statements come just a month after President Putin himself told reporters that Russia might consider formally adding to its military doctrine the possibility of a nuclear first strike for preventative purposes. “We’re thinking about this,” Putin said. “If we are talking about a disarming strike, perhaps we should think about using the approaches of our American partners.”

Trumpet forecast: Much attention is now drawn to rising tensions between Russia and the United States over Ukraine. But the more important power to watch for a reaction to Russia’s increasing belligerence and nuclear threats is Europe. In 2014, after Russia had forcibly annexed Crimea from Ukraine, Trumpet editor in chief Gerald Flurry wrote:

We have been prophesying for around 70 years that Eastern Europe would become a vital part of a new European superpower—a resurrection of the Holy Roman Empire. … The fear you see in Europe because of events in Crimea is going to cause 10 leaders in Europe to unite in a sudden and dramatic way—and in precise accordance with the Bible’s description of that European empire! … Europe’s new fear of Russia is going to play a major role in hastening the fulfillment of that prophecy!

Whether or not Putin deploys nuclear weapons, it is vital to watch Europe’s response to his increasing aggression and threats. Many Europeans—particularly in the eastern part of the Continent—have been shaken to the core by the war on Ukraine, and their fear is beginning to transform Europe.