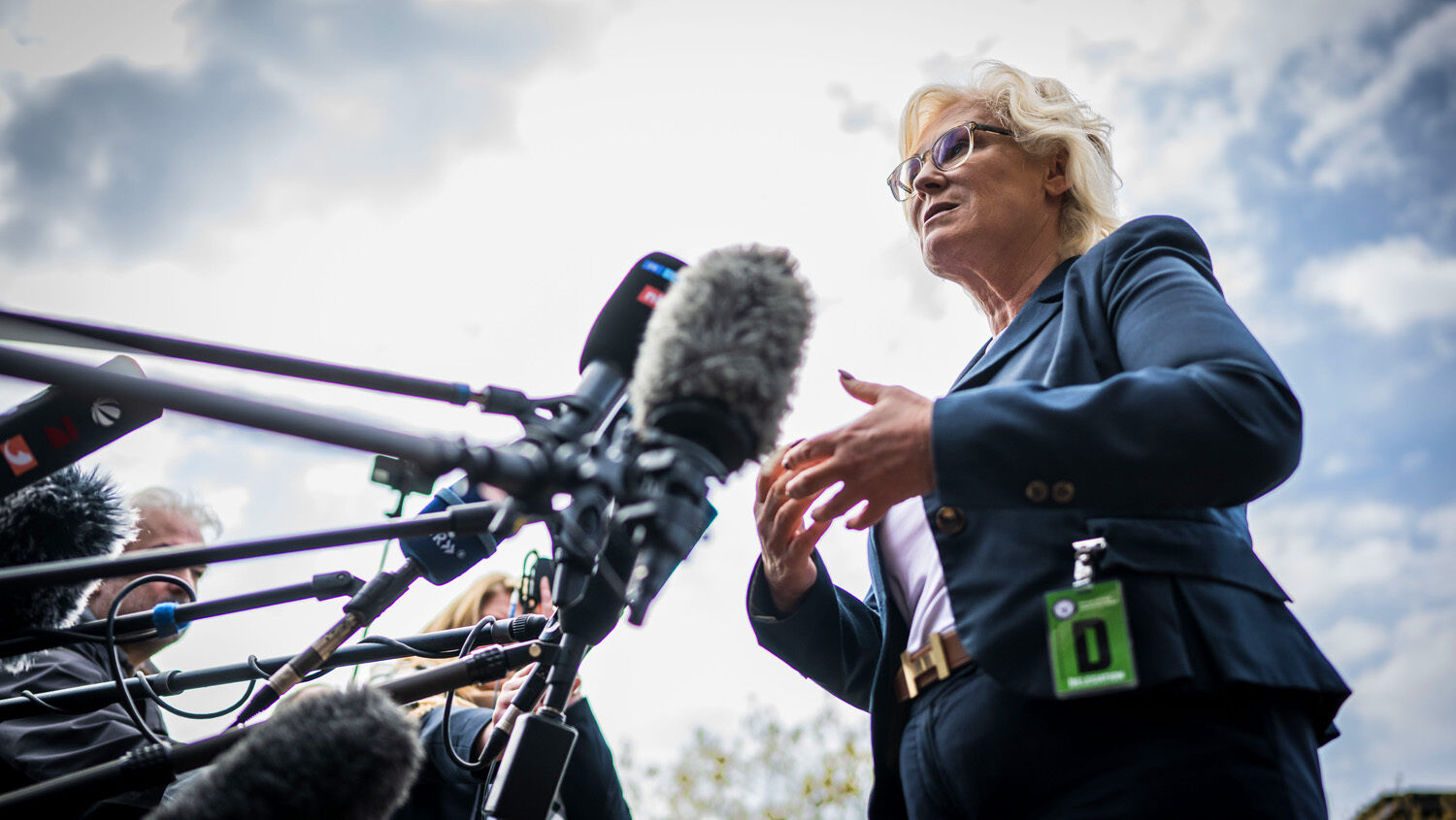 The people have spoken and they will continue until the desired change comes.

When German Defense Minister Christine Lambrecht resigned on January 16, she made a revealing statement: “The media focus on my person for months hardly allows factual reporting and discussion about the soldiers, the Bundeswehr and security policy decisions in the interest of the citizens of Germany.” Lambrecht decided to resign due to pressure from the media, though German Chancellor Olaf Scholz continually expressed support for her.

In December, Scholz called Lambrecht a “first-class defense minister.” In early January, Deputy Government Spokesman Wolfgang Büchner emphasized that Scholz’s position “hasn’t changed.” When asked if Lambrecht would continue to enjoy the chancellor’s trust, Büchner replied: “Yes, of course. The chancellor works well and trustingly with all his cabinet colleagues, and that also applies to the minister referred to as well.”

After she announced her resignation, Spokesman Christiane Hoffmann told reporters in Berlin: “The chancellor respects the decision by Ms. Lambrecht and thanks her for her good work in these difficult and challenging times.”

Despite the chancellor’s trust, Lambrecht felt forced to resign due to outside pressure. The people had spoken, and change resulted.

When Chancellor Scholz announced a strong militaristic Germany in February 2022, his speech was greeted with a standing ovation in the Bundestag. Over half of Germans agreed with the military transformation; 27 percent said it didn’t go far enough. (Read “Germany Responds to Russia With an Explosive Announcement!”)

But in the following months, the German government fell far short in delivering on its promises. Lambrecht was in charge of the most popular project of remilitarization. But her lack of enthusiasm caused her to become one of the least popular ministers in Scholz’s cabinet. In fact, the rtl/ntv trend barometer shows that the two institutions that lost the most trust in 2022 were the chancellor and the government, with a dramatic drop of 24 and 22 percentage points, respectively.

Scholz continues to stand his ground, but Lambrecht gave in to that pressure. The recent events show how quickly things can change. Germans groan for stronger leadership and demand a strong military. The people and the media will not rest until this transformation is complete.

An end-time prophecy in Daniel 11:21 shows that a leader will come into power who promises to deliver where the current government has failed. This man will be welcomed enthusiastically by an increasingly frustrated populace. But the Bible reveals that he will not only remilitarize Germany but lead the nation to war (Daniel 8:23-25).

That’s why we at the Trumpet watch events like these very closely. Even though one weak minister might be replaced by another, this trend shows that people’s demand for change is being heard and will eventually bear fruit.

To understand the many prophecies behind this trend, read A Strong German Leader Is Imminent.