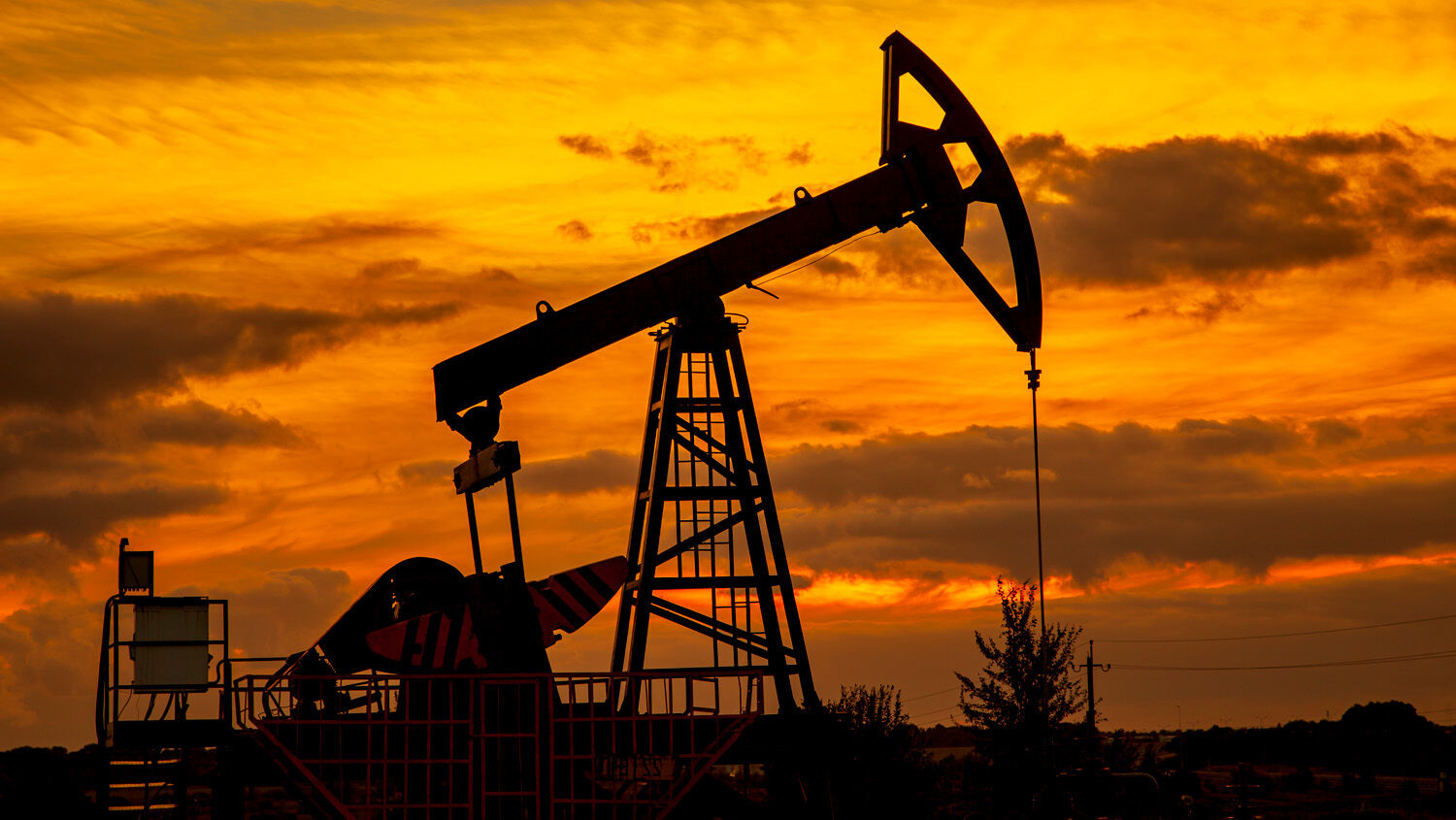 The deliberate sabotage of the energy sector

Many drivers have been frustrated this past year as they refuel their vehicles. In June 2022, gas prices peaked at a national average of $5.00 per gallon. Inflation reached a 40-year high in the United States, and while Joe Biden’s raid on the Strategic Petroleum Reserve has temporarily alleviated the cost of gas, the worst is yet to come.

The mainstream media constantly talked about the “Putin price hike” and international supply chain disruptions. The narrative is that inflation was caused by vast, impersonal forces, outside the control of the federal government. But is that really true? What really caused this painful escalation in the cost of energy?

The United States has some of the largest reservoirs of oil in the world. But what good is “black gold” if you can’t refine it into consumer products? Even if the oil companies pumped more gas, the country would still have to buy refined products from foreign refineries. This is a primary cause of why fuel prices remain elevated. Until it is reversed, that will be the new normal.

The policy decisions driving this outcome are shrouded by a fraudulently noble cause that obscures the real agenda.

It shouldn’t be a surprise that Biden is at war with oil and gas. On his first day in office, Joe Biden stopped oil drilling leases and made climate change a top priority. However, this was not original. “Biden’s energy fiasco is reprising the Obama playbook,” wrote Toomey. “As then-candidate [Barack] Obama outlined to a Portsmouth, New Hampshire, audience in October 2007: ‘My plan isn’t just about making dirty energy expensive. It’s about making clean energy affordable.’” Prices skyrocketed in 2012 as Obama’s energy policies of massive green subsidies imposed crippling green regulations on the sector and reduced energy production took effect. Obama’s vision of a green revolution failed because he had to backtrack in order to get reelected to another term.

“Obama had the rhetorical skill and guile to limit the political damage, get himself reelected, and then promptly resume his destructive anti-energy crusade,” wrote Toomey. “Biden enjoys none of those qualities.” Biden has no such qualms because his administration is the third term of Barack Obama. Biden is a puppet used to continue these transformative policies. Obama is achieving this green revolution now via proxy, with no risk to himself. This is why Biden promised to end the entire fossil fuels industry during his campaign.

How would this be accomplished? Biden unleashed the power of the administrative state, using regulations to discourage oil production and investment in the industry.

America’s refinery infrastructure is ancient. The last major refinery was opened 45 years ago in Maryville, Louisiana. Fourteen smaller refineries have opened but have had a minuscule output of 36,900 barrels of oil per day (bpd). Several of these refineries are breaking down, damaged or “transitioning” to green energy. Here are some examples:

The loss of refinery infrastructure equals a loss of 1.25 million bpd. The biofuels that are replacing that output only equals 113,00 bpd, or less than 10 percent. However, additional closures announced for 2023 are estimated to cause a loss of 1.69 million bpd in capacity. These closures are directly caused by government regulation. If the current trajectory is maintained, the United States will lose an average of 500,000 bpd per year, permanently.

Historically there have been previous drops in capacity but never as sharp as it is now. The covid lockdown in 2020 was a key turning point. The sudden loss of demand for fuel caused oil companies to cut production. Now they are finding it very difficult to restore the previous level of productivity. Now with climate change zealots in the White House, the government is doing everything it can to keep the energy sector on the retreat.

Obama and Biden have launched a multi-pronged attack on oil and gas. One of the most devastating was the introduction of biofuel mandates. The Environmental Protection Agency (epa) issued new biofuel blending rules in June 2022. Although this started in 2005, the new rules forced oil companies to blend 20.6 billion gallons of biofuels (mainly ethanol) into American fuel. Blending is another process that eats into refinery capacity.

The epa created a new compliance mechanism called Renewable Identification Numbers (rin) that force oil companies to create a unique rin for each gallon of renewable fuel produced or imported. rins are the largest operating cost of oil companies, which is then passed on to the customer. In 2021, rins caused an additional $21 billion in operating costs, which we paid for at the pump. That averaged 19.3 cents per every gallon you pumped into your car.

On May 20, 2021, Biden signed an executive order that directed federal agencies to determine “climate-related financial risk to the financial stability of the … U.S. financial system.” This prompted the Securities and Exchange Commission (sec) to force companies to evaluate their carbon footprints and assign climate risks to them. One of the rules proposed, but not yet adopted, would force companies to examine the carbon footprint their services produce by customers, vendors, contractors, etc. Whoever touched your product contributes to your footprint. The sec would then tell investors the risk your company poses to climate change. This is intentionally designed to scare investors away from the oil and gas sector—and American industry in general.

Another area is the government’s endorsement of electric vehicles. While setting aside $50 billion of EV subsidies, the government is moving the automobile industry away from internal combustion engines to “green” vehicles. As laws dictate the increase in EV sales, it will force oil and gas companies to cut capacity.

From the start of Biden’s fake presidency, he has used every measure in the executive branch to attack the energy sector and reduce capacity. Some examples include:

What is the result of all these actions? Record high inflation, record low refinery capacity, and a wrecked economy with no end in sight. As Toomey concluded: “They have driven us into ‘the energy transition’s looming valley of death’ without a compass, a map, or any idea of how to escape.”

When Barack Obama was elected president in 2008, he vowed to “fundamentally transform” the United States of America. A key pillar of effecting this change was embracing the climate change crusade. Why?

“Barack Obama wanted to fundamentally transform the nation because he disagreed with its founding principles,” writes Trumpet editor in chief Gerald Flurry in America Under Attack. “He believed that the Constitution was created by rich white people for rich white people and that whites have been stealing from everyone else. He was deeply sympathetic to an ideology that directly, even violently, opposes America’s constitutional government: communism.” Obama and his followers use climate change as a cloak to hide his true intention of transforming America into a Communist dictatorship.

Now in his third term, Obama is using Biden to destroy America’s capitalist economy and replace it with one controlled by the federal government. By destroying your wealth, your independence and your will, the radical left will be able to destroy America. They aren’t that far away from their goal.

However, Bible prophecy indicates that the radical left and Obama won’t succeed. Prophecies in 2 Kings 14:26-28 and Amos 7:1-11 reveal that God will save America one more time. Many people in America are experiencing “bitter affliction.” But that affliction is being used by God to move us individually to repent toward Him. As your budget gets tighter and financial pressure increases, know that there is only one way out of this economic affliction. The Bible is the map of escape.

To understand these prophecies and what is happening in America right now, please read America Under Attack.