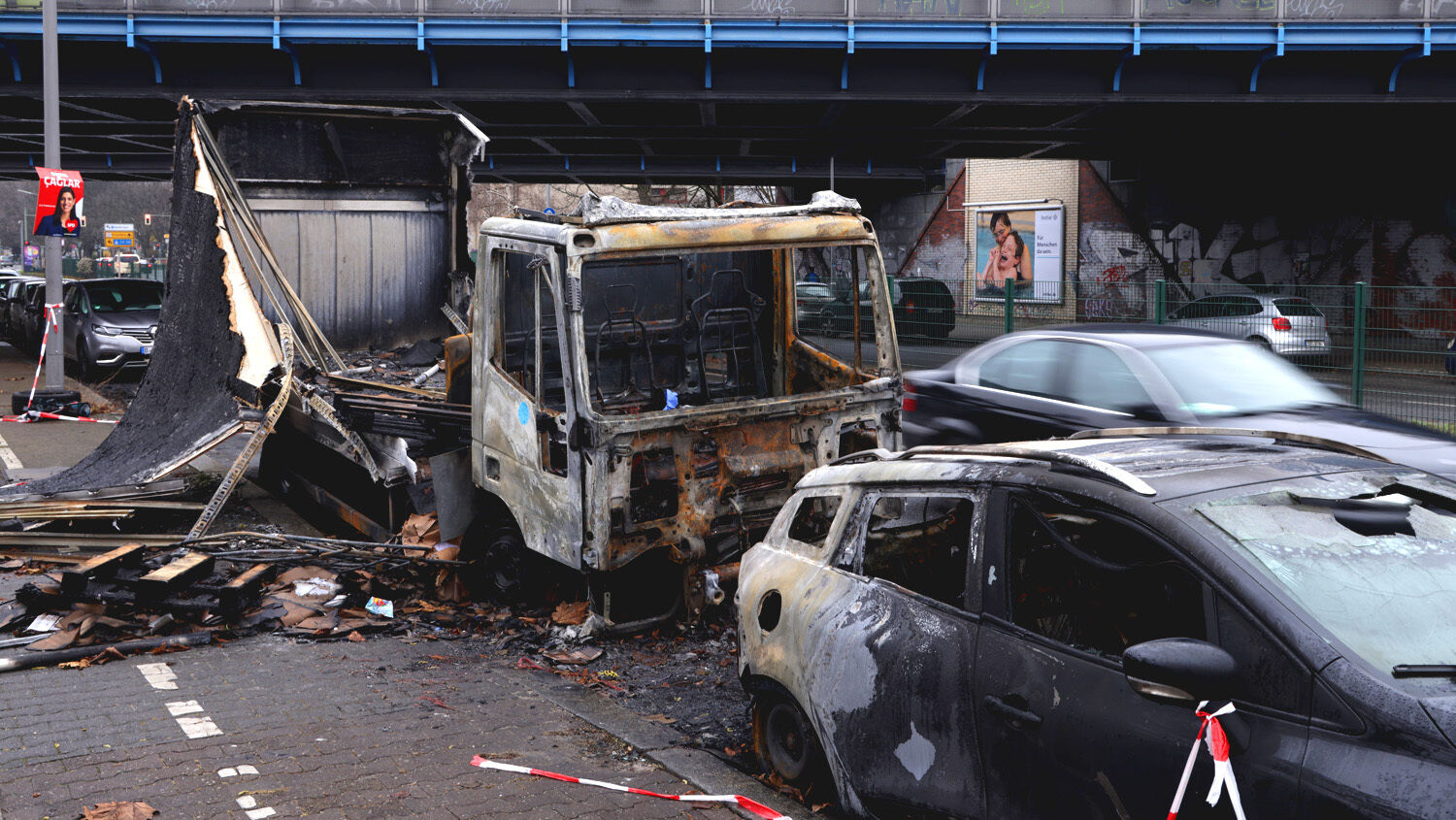 The remains of a truck and car that were set on fire during New Year’s Eve rioting in Berlin, Germany
Sean Gallup/Getty Images

Violent New Year’s riots, loud climate activists, routine military failings and so much more are causing the German people to yearn for a strong state.

On New Year’s Eve, some of Germany’s streets looked like a war zone. The police, fire brigade and paramedics seemed overwhelmed in a life-threatening situation. There was no respect for law enforcement, no emotional control and no regard for personal property. Surveys show that Germans have had enough of the failure of the state and political incompetence. The call for a “strong state” to finally take control is getting louder.

Law enforcement failed on New Year’s Eve and the media failed the next day. Most media outlets hid the identity of the rioters: immigrants. Certainly not all rioters were migrants, but they made up a disproportionate number. For Germans, this news is aggravating; guests should behave.

This is just the latest incident of the elites failing the citizens. In recent months, climate activists blocked roads until civilians removed them to continue their journey to work.

On the political level, Germans also see failure. Their defense minister is going from scandal to scandal without readying the troops while a hot war rages on the Continent. Columnist Wolfram Weimer noted on January 3: “Germany is already criticized by our partners for its hesitancy in supporting Ukraine, for its fragile alliance loyalty, for its miserable military capabilities, and for its refusal to make arms commitments. The combination of pompous moral complacency and realpolitik incompetence is shaping Germany’s image in a visibly dangerous way.”

Germany is criticized and ridiculed internationally. Politicians don’t seem to care, but the average German is upset and demanding change.

“What remains of 2022?” former Defense Minister Karl-Theodor zu Guttenberg asked. “For many, it was a year of horror. Another war is raging in Europe. Inflation, fears of recession, energy crisis. Europe in a pincer grip between American and Chinese hegemony. The fight against climate change is postponed. Accelerated species extinction. New global refugee flows. And next to—not even above—everything floats little inspiring political personnel.”

Germany is facing an energy crisis, and the chancellor seems to care little for people’s needs—and even at times appears to laugh at them. Even the national soccer team failed in the World Cup (all other crises could have been overlooked had Germany won).

Trust in Germany’s political institutions is sharply declining. The rtl/ntv trend barometer shows that the two institutions that lost the most trust were the chancellor and the government, with a dramatic drop of 24 and 22 percentage points respectively. Within a year, millions of Germans have lost trust in their own government.

Neukölln Integration Commissioner Güner Balci told Spiegel Online that the majority of people in her district “want a tougher crackdown, a stronger state.” This desire is shared by the migrant population.

With each crisis we can expect this desire for a “strong state” to grow. As much criticism as there is for strong governments, one positive many see is an end to the constant unrest and crimes. Even today, some say that this was a strong suit of the infamous Nazi tyranny. That’s why the desire for a stronger state needs to be closely watched. In the midst of the coronavirus pandemic in 2020, Trumpet editor in chief Gerald Flurry wrote:

The coronavirus is causing more and more people in Europe to talk about the need for a strongman. Zeit Online further wrote that “the longing for the proverbial strongman, who finally takes action, will grow stronger” (op cit). There is a lack of leadership to effectively deal with the virus and economic issues. People want that vacuum filled.

When we see a news source talking about Europeans longing for a “strongman,” it really arrests our attention! We have been prophesying about this individual’s arrival for many years—and now, news sources are talking about it more publicly than ever. The greater the crises it experiences, the more its people will cry out for a strongman to guide them and deal with this problem.

Of course desiring the end of riots and the like is a good thing. But the Bible prophesies that Europe will follow a leader who promises peace but brings destruction (Daniel 8:23-25). Though the Bible shows that peace is around the corner, it is also clear that this prophesied destruction will come first before man learns to trust God. To learn where this groaning for a strong state is leading, request a free copy of our booklet A Strong German Leader Is Imminent.