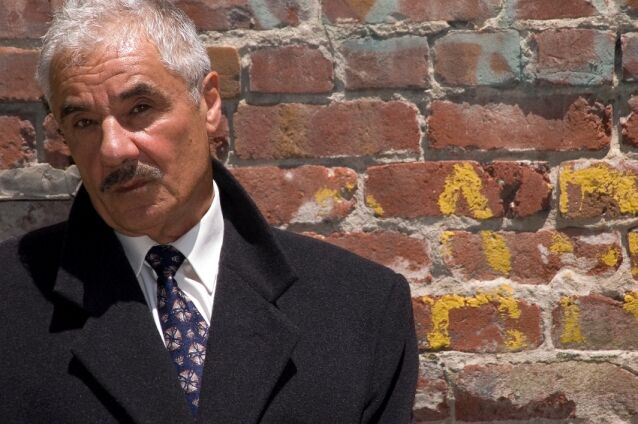 Once a force to be reckoned with during the Cold War era, America’s professional spies seem not only to have lost their edge, but often to have become downright inept.

The recent exposé of a drastically bungled Central Intelligence Agency (cia) operation involving the abduction of an Islamic imam from Italy and his transportation to the torture cells of an Egyptian prison served to highlight the depths of inefficiency and bungling ineptitude to which certain elements within America’s spy service have sunk. The situation was only added to by the predictably anti-Bush media and press, which had a field day howling with typical self-righteous indignance at the manner in which this operation was carried out, and the treatment meted out to this radical Islamic mujahadeen veteran.

The cia was created as a direct result of the perceived need for the United States to gain intelligence, in an organized and clandestine manner, on the rising Soviet threat after World War ii. Prior to 1947, the U.S. collected its military intelligence via the State Department and the War Department, the latter becoming the postwar Department of Defense. As the Communist threat to the free world grew, President Truman initiated the creation of a centralized intelligence gathering institution which became known as America’s Central Intelligence Agency.

In keeping with Truman’s vision of the cia as an institution that would reflect the very peak of professional spying practices and procedures, the U.S. administration laid down a strict code of methods of operation and general conduct for its operatives. This code was designed to protect America’s diplomatic relations within the international arena while at the same time allowing for covert operations deep within those countries designated as having hostile, or even questionable, tendencies.

But something happened in the 1990s to turn the cia into a less-than-proficient government enterprise.

Losing the element of surprise

During the Clinton administration, the morale of many cia staff reached near rock bottom. Under the Clinton administration, state secrets were sold off, and the quality of staff of the cia and similar enterprises diminished. The drive was for “openness” and “transparency” in America’s relationship with its former enemies. The spy lost the element of surprise so crucial to his profession. Most compromised were the traditional clandestine activities of the cia involving covert operations and, most especially, the special cross-border contact so essential to humint. In a sense the cia was gutted. The results were nothing short of disastrous.

When Clinton left office at a time of increasing global disorder, the George W. Bush administration was saddled with an increasingly dysfunctional spy service. One wonders even if 9/11 may not have happened were it not for the confusion within the cia at the time perhaps preventing relevant intelligence getting through to key decision-makers in that administration in time to prevent it.

The New American recently reported that one of the cia’s sharpest operatives had attempted to warn his superiors of the imminence of an attack such as happened on 9/11 fully two months before the fatal event occurred. Referring to what has become known as the “Phoenix Memo” submitted by agent Kenneth Williams, reporter Dennis Behreandt wrote, “In the memo, Williams notes that an investigation into the activity started in 2000, describing a bin Laden plan to ‘send students to the U.S. to attend civil aviation universities and colleges.’” Williams’s “request for further investigation into possible terrorist flight-training efforts was denied” (July 24).

That may well be so much water under the bridge now. However, the fact remains that, following what was perhaps the greatest success of the cia, under the Reagan administration working covertly with the Vatican and the Polish Solidarity movement in the 1980s to drive the Polish wedge under the Iron Curtain that led to the shattering of the ussr, the administration of President Clinton created a climate of confusion and a disparity of loyalties within the cia that was so entrenched by the time President Bush gained office that 9/11 became the cia’s singular day of infamy.

Now, despite, or perhaps even because of, Porter Goss’s overhaul of America’s intelligence services, and the subsequent centralization of its various agencies under one powerful czar, John Negroponte, in the newly created position of director of National Defense, indications are that the cia and its associated agencies are yet to prove that they have regained the edge that aided in ending the Cold War 15 years ago.

Time magazine once reported that there is one institution that continues to maintain its edge in the murky world of Spydom. Following the implosion of the Soviet Union, a former senior cia official asked the question of one of its senior operatives, “How come your intelligence was always so far ahead of ours?” To which the other spy simply stated, “Ah! We have had over 2,000 years’ experience at this!”

And from which institution did this response emanate? Believe it or not, the Vatican of Rome! Now, that’s an institution that Mr. Negroponte should really be watching. If he were to turn his agency’s resources in that direction, perhaps, in the purely human sense, he could aid in staving off a catastrophe prophesied in your Bible to pale 9/11 into a mere blip by comparison. But we at theTrumpet.com have no faith that reorientation will take place. Rather, our faith is in the “more sure word of prophecy”!

Keep your eye on this website for real news in advance of the most Earth-shattering current events that will soon consummate in the establishment of a dramatic new global order destined to completely eliminate the realm of spydom, and dramatically reshape the entire method of international diplomacy.