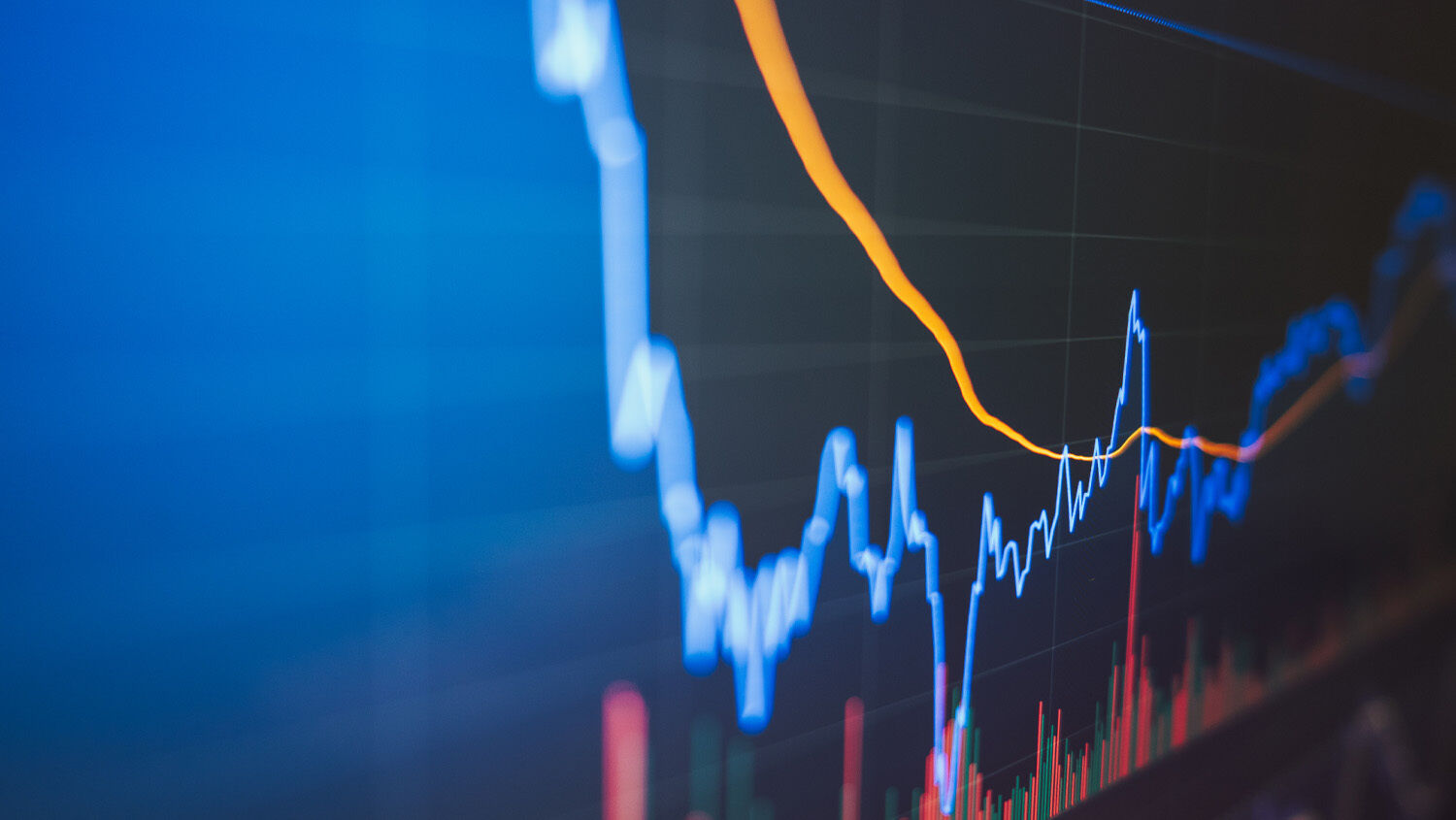 We are about to witness a dramatic tipping point in world commerce.

If you live in America, inflation and high interest rates are reducing your purchasing power and your ability to get a loan. But it’s not just affecting Americans. America’s financial decisions are affecting the whole world. The less reliable the United States’ economy is, the faster other nations work to decouple themselves from it. There will be a tipping point, however, when the rest of the world will be not only independent from the U.S. but even capable of bringing the once great superpower down. That’s why consumers in the U.S. need to be more alarmed by the world’s response to America’s policies than by their own shrinking savings or rising debts.

Central banks worldwide are holding dollars in reserve. This gives them access to the international market where trade is conducted in dollars. The widespread acceptance, stability and availability of the U.S. dollar make it the currency of choice. If the American government approves the printing of additional trillions of dollars, the dollar in your bank account loses value domestically—as do those reserves abroad.

When the Dollar Gets Expensive

During the pandemic and the lockdowns, the dollar was in high demand. Nations and companies needed to borrow money. The U.S. printed trillions to keep its own economy going, provided stimulus packages to citizens, and kept interest rates low, which encouraged borrowing. This was only possible because the world relied on those dollars just like the average American did. “The world’s financial rhythm is American: When interest rates move or risk appetite on Wall Street shifts, global markets respond,” wrote the Economist in 2020. “The world’s financial plumbing has Uncle Sam’s imprint on it, too. Most international transactions are ultimately cleared in dollars through New York by American ‘correspondent’ banks.”

The U.S. dollar is the number one reserve currency. International trade is often conducted in the same. If one country buys goods from another country, they generally use their dollar reserves or purchase dollars. That’s why the World Economic Forum wrote: “The strength of the U.S. dollar is hurting other currencies.”

“If I’m in Thailand, and I’m earning Thai bahts, I have to convert that currency into dollars to pay off my dollar debt,” David Beckworth, an economist at the Mercatus Center at George Mason University, said. “And if the dollar is going up, then I have to earn more of my local currency to pay off my debt.”

Russia’s war on Ukraine has made the crisis even worse. Energy costs have skyrocketed. Other countries are struggling to get dollars. Also, the Federal Reserve raised interest rates. Higher interest rates make loans less affordable—for you and the world. Another double whammy.

The average American appears nearly unfazed, however; they keep spending, and they keep borrowing. In uncertain times, investors worldwide continue to trust the dollar. Therefore, the dollar’s value remains strong. With rising interest rates and the rise of the dollar, the world pays more to borrow. The next time you talk to a friend who is having trouble getting a loan, remember, the rest of the world does too. The World Economic Forum wrote:

In the face of tightening global financial conditions—led by the U.S. Federal Reserve—most investors are pouring into short-term treasuries, pushing up the price of the dollar relative to other currencies. Raising rates also mean investors can get a higher return if they park their money in U.S. assets. That has pushed the dollar up to a 20-year high.

So every time Fed chair Jerome Powell stands up to the podium to announce the central bank’s next interest rate decision, he is upping the cost of borrowing for the whole world.

Now consider that the U.S. is sending billions to Ukraine. This upsets many Americans who don’t know where the money ends up. But it also upsets the rest of the world. Former Fed economist Claudia Sahm wrote on Twitter: “The U.S. is spending billions of dollars to support the war effort Ukraine, while our monetary policy is crushing Europe and emerging markets.”

Dollars have the potential to open the world to individuals and nations. They are the intermediator for international trade. As the value of the dollar rises, trade becomes less affordable. But there is another thing that the world complains about: The U.S. financial system is complex and regulated.

“The global network of correspondent banks that facilitates international payments is hindered by high costs, low speed and transparency, and operational complexities,” the Bank for International Settlement (bis) claims.

The primary reason the world trades in dollars is trust; trust that you can use the earned dollars to purchase something else. This trust is decreasing because of U.S. financial policies. The other part of the trust coin is that you can use U.S. clearing houses as intermediators to settle trade.

So even though it might be expensive to use the dollar, trust in the system still outweighs cons. But as the cons increase, so are the efforts to find a replacement to the system. Distributed ledger technology (dtl), such as blockchain, could revolutionize correspondent banking and end the need for clearing houses to validate and finalize transactions. This trend could significantly speed up with the introduction of Central Bank Digital Currencies (cdbc). The Bank for International Settlement already works to connect digital currencies in Asia and the Middle East. This allows countries to settle transactions without going through the U.S.

Central banks around the world are working on these digital currencies. The technology behind them is complex—and trading with them is complex as well—but the desire to replace the current system is driving innovation. The International Monetary Fund (imf) noted: “Having a common hub where countries’ fast payment systems can connect may be much more efficient, and the bis Innovation Hub’s Nexus project is advancing in this direction.” In its September paper, the imf called for “platforms offering a marketplace where digital money can be exchanged.”

If you have access to this coming digital marketplace, you have access to international trade. Then global trade will no longer be conducted by the U.S.’s rules. The Bank for International Settlement is working on its own “legal and governance framework.” It wrote: “A platform based on a new blockchain—the mBridge Ledger—was built by central banks to support real-time, peer-to-peer, cross-border payments and foreign exchange transactions using cbdcs. It also ensures compliance with jurisdiction-specific policy and legal requirements, regulations and governance needs.”

There is a prophetic reason why we have to watch this development.

The Bank for International Settlement is headquartered in Basel, Switzerland, but it already helps countries conduct their trade in Asia. The Bible reveals that Europe will rise to replace the U.S. as the trading hub of the world. Specifically, the book of Isaiah foretells that Europe will become the “marketplace for the nations” (Isaiah 23:3; New King James Version). It is possible that the trade on this “marketplace” will be facilitated by digital currencies—just like the imf suggests. One thing is sure, however: This prophesied marketplace will be independent from the U.S. because it will work to exclude America from trade.

Verse 1 of Isaiah 23 reads: “The burden of Tyre. Howl, ye ships of Tarshish; for it is laid waste, so that there is no house, no entering in: from the land of Chittim it is revealed to them.” This is a prophecy of the rise and fall of a mighty commercial superpower. In Isaiah’s End-Time Vision, Trumpet editor in chief Gerald Flurry explains: “The spiritual center of the Holy Roman Empire is called Babylon in your Bible (Revelation 17:5; 18:1-3). But here in Isaiah, the Bible refers to Tyre (and its allies Zidon, etc) as the commercial center of this European power. By understanding the spiritual and the commercial powers, you can understand what a colossus is rising in Europe.”

As Mr. Flurry explains, other nations included in this mart of nations are Japan and China. “And what a dynamic market of nations it is. All of them are going to besiege America, Britain and the Jewish nation,” Mr. Flurry writes, noting that this trade alliance excludes those three nations as other prophecies also show.

Revelation 18 contains another end-time prophecy that refers to the fall of Babylon, which proves that these prophecies are for a time yet to come. Our current financial problems are leading to the fulfillment of these prophecies. “Herbert W. Armstrong predicted years ago that the collapse of the Western world’s financial system, led by the United States, would unite those 10 nations into what is called the Holy Roman Empire—led by Germany,” Mr. Flurry explained in “How the Global Financial Crisis Will Produce Europe’s 10 Kings.”

Thus, it is evident that we have to closely watch how Europe and the world react to economic turmoil caused by the U.S. The infrastructure of a new financial system is being laid in front of our eyes. We notice little of it, but at a moment’s notice, all of this could change.

The Bible reveals that the rules for international trade will soon be determined by Europe and everyone who disagrees will lose their access key. Learn more in our article “Will Blockchain Block Out America?”