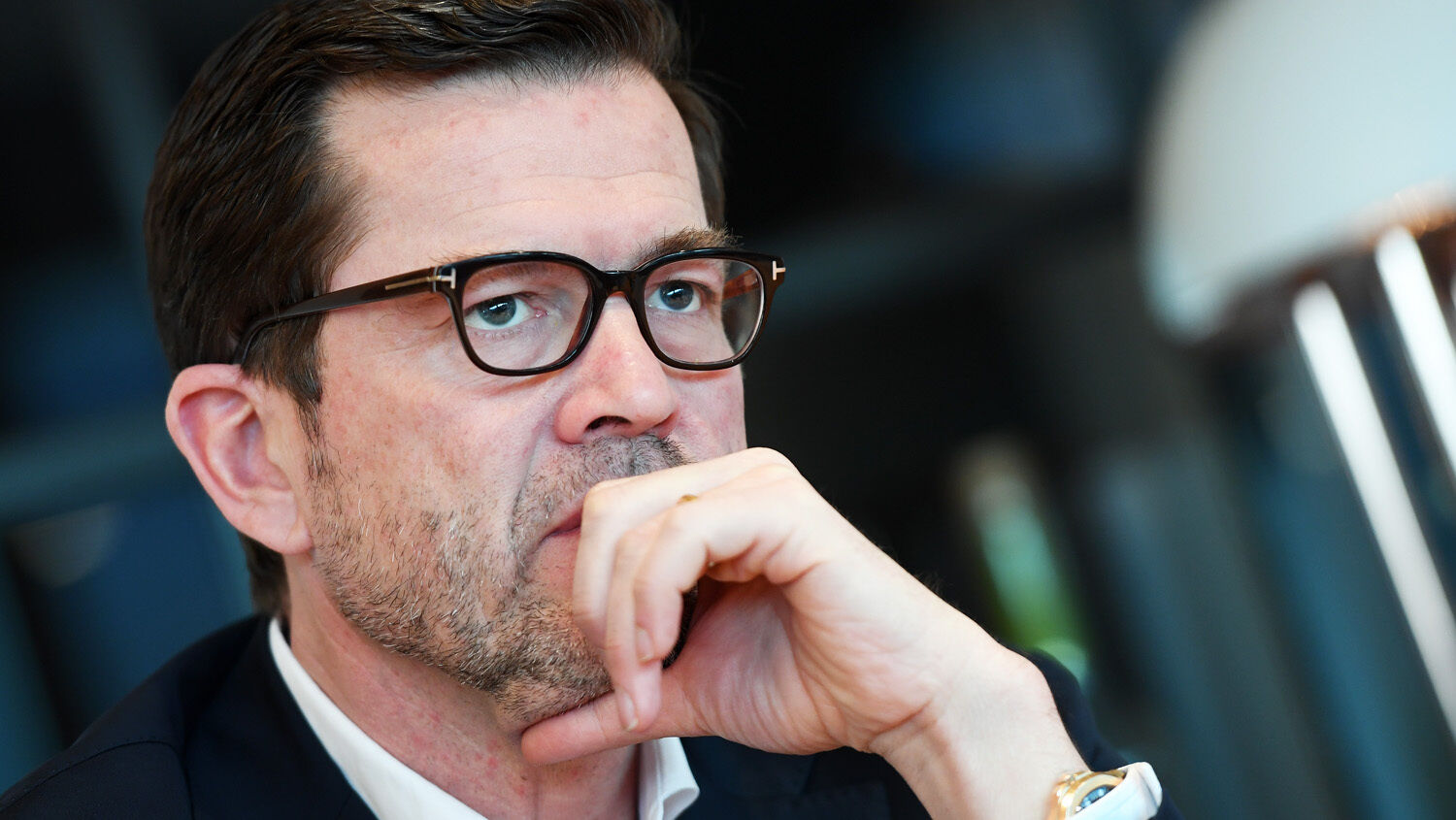 He understands Putin like few could, but can Guttenberg stop Putin’s conquests?

Russian President Vladimir Putin has shaped the fate of the world’s largest country for more than two decades. He has met and deceived world leaders. He has poisoned opponents and started a hot war. He has single-handedly caused millions to suffer, economies to tremble, and nations to fear nuclear war. Yet to many, Vladimir Putin is an inexplicable mystery. Former Defense Minister Karl-Theodor zu Guttenberg seeks to demystify him in his docutainment presentation On the Trail of Power, published on the streaming network rtl+ on November 30.

The presentation starts in the city of Bucha, Ukraine, capturing the destruction caused by Russia’s recent invasion. Repeatedly, the film flashes back to those scenes of horror. Guttenberg interviews Kyiv Mayor Vitali Klitschko and his brother Wladimir. Unlike many others who visited the destruction, Guttenberg took time to talk with those who lost their homes and family members. One Ukrainian woman relates how she lost her son as Guttenberg listens, moved by the horror that became the reality of thousands. Equally moving was his discussion with Marina Litwinenko, whose husband died in London from radioactive polonium.

Guttenberg, as he himself notes, was once “Germany’s most famous politician.” He had his experiences with power and with the powerful of the world. Today, however, he sees himself as someone who seeks answers. Who is Vladimir Putin? How did he become the cruel murderer that he is today?

To answer these questions, Guttenberg not only studied Putin’s life but also discussed the topic with former and current politicians, a Putin biographer, journalists, former members of Central Intelligence Agency, activists, experts of various fields, Putin opponents, and the victims of his cruelty. Many of those interviewed were Guttenberg’s personal friends.

As Guttenberg narrates, the viewer is taken back to Putin’s early rise to power and led to understand his present cruelties. One learns about Putin’s kgb past, his time in Eastern Germany, his dad’s deep hatred for the German people, and Putin’s dream to resurrect the fallen Soviet empire. In this context, Putin’s first speech in the German Bundestag (which he delivered in German), his meetings with German politicians, and his past trade relations with Germany all appear in a new light. Through the retrospective lens, it becomes evident that many in Germany fell for Putin’s deceit.

Over the years, Germany has formed close ties with Russia. Politicians often traveled back and forth accompanied by a large array of business leaders. Germany has become dependent on Russian gas—a dependence that, in part, allowed the current crisis. Former German Chancellor Gerhard Schröder said: “We need gas, and Russia needs the money.”

Guttenberg was one of the few voices that sounded the alarm about Putin when most of the world was silent. In 2014, he and Garry Kasparov wrote an article titled “Putin Is Basking in an ‘Astonishing Leadership Vacuum.’” In the recent presentation, Guttenberg notes that the warning contained in this article was ignored. His friend Kasparov, the world-famous chess champion and Putin opponent, then tries to explain this reality in retrospect.

At the Trumpet, however, their warning was not ignored. Editor in chief Gerald Flurry wrote about it at the time, stating:

The article revealed that Mr. Guttenberg is very aware of Russia’s ambitious goals. He is “closely watching” Moscow, just as I had said that discerning European leaders would. …

Guttenberg can see that America is in retreat. That is the main cause for the leadership vacuum he is talking about. It can no longer be looked to for displays of real force. So he proposes another solution! Guttenberg says Putin’s bullying means it’s time for Europe to take action. Putin has “achieved what no pleas from the U.S. president or fellow European leaders could do: Germany finally assumed leadership on a difficult foreign-policy issue. … Russia’s behavior toward Ukraine might hand Europe an opportunity to become more united and effective in its foreign policy” (ibid).

Guttenberg’s recent presentation leaves one with the feeling that our Western leaders are watching powerlessly as Putin’s dream of reestablishing Soviet rule slowly becomes reality. Guttenberg, however, ends the presentation saying that the West’s powerlessness can change.

This begs the question: Who will initiate this change? While there are certainly a few courageous individuals who step up and oppose Putin, who can prevent future leaders from falling into Putin’s deceitful traps?

Guttenberg may hope his presentation will help initiate a changed mentality. But there is reason to believe that the current political establishment is too locked into the status quo to ever accept such drastic change. What’s more, nearly all the information about Putin was, in some form, presented previously yet contributed little to prevent Western leaders from falling into Putin’s trap.

The Bible reveals that Germany will get a leader who is more cunning and more discerning than the vast majority of today’s politicians. “And in the latter time of their kingdom, when the transgressors are come to the full, a king of fierce countenance, and understanding dark sentences, shall stand up” (Daniel 8:23). As Mr. Flurry explains in “Is KT zu Guttenberg About to Come to Power?”, this scripture is a prophecy for our day and we have reason to believe that it may apply to Guttenberg’s future. Mr. Flurry wrote in 2019:

Mr. Flurry has made similar predictions ever since Guttenberg rose on the political stage and even after he exited in disgrace. Though out of office, Guttenberg has accumulated a vast array of knowledge in finance, global relations and power politics. He has made connections around the world with business leaders, government agents and common citizens. With every passing year he has acquired more and more of the credentials needed to match these prophecies. Even though we cannot be certain if he will change Europe’s future, it is imperative to watch his steps in accordance with the Bible’s prophecies. To do so, read Mr. Flurry’s article “Is KT zu Guttenberg About to Come to Power?”

Putin’s recent attack on Ukraine is a sign that the fulfillment of these prophecies is near. What Putin is doing is “having such a momentous impact,” Mr. Flurry noted in 2014. “It is building to history-altering events! We need to continue to watch Europe, and see how individuals like Mr. Guttenberg respond. World events are moving just like a flash of lightning these days. We need to be aware of what’s happening.”

Though written in 2014, Mr. Flurry’s article explains prophecies for our time. It highlights millenniums-old passages in your Bible about two key individuals who will clash in our day. One of these individuals is expanding his empire as the prophecies said he would; the other is about to rise in response to it.

Watch Guttenberg’s rise, and read “The Ukraine Crisis Was Prophesied!” to learn about these stunning prophecies.