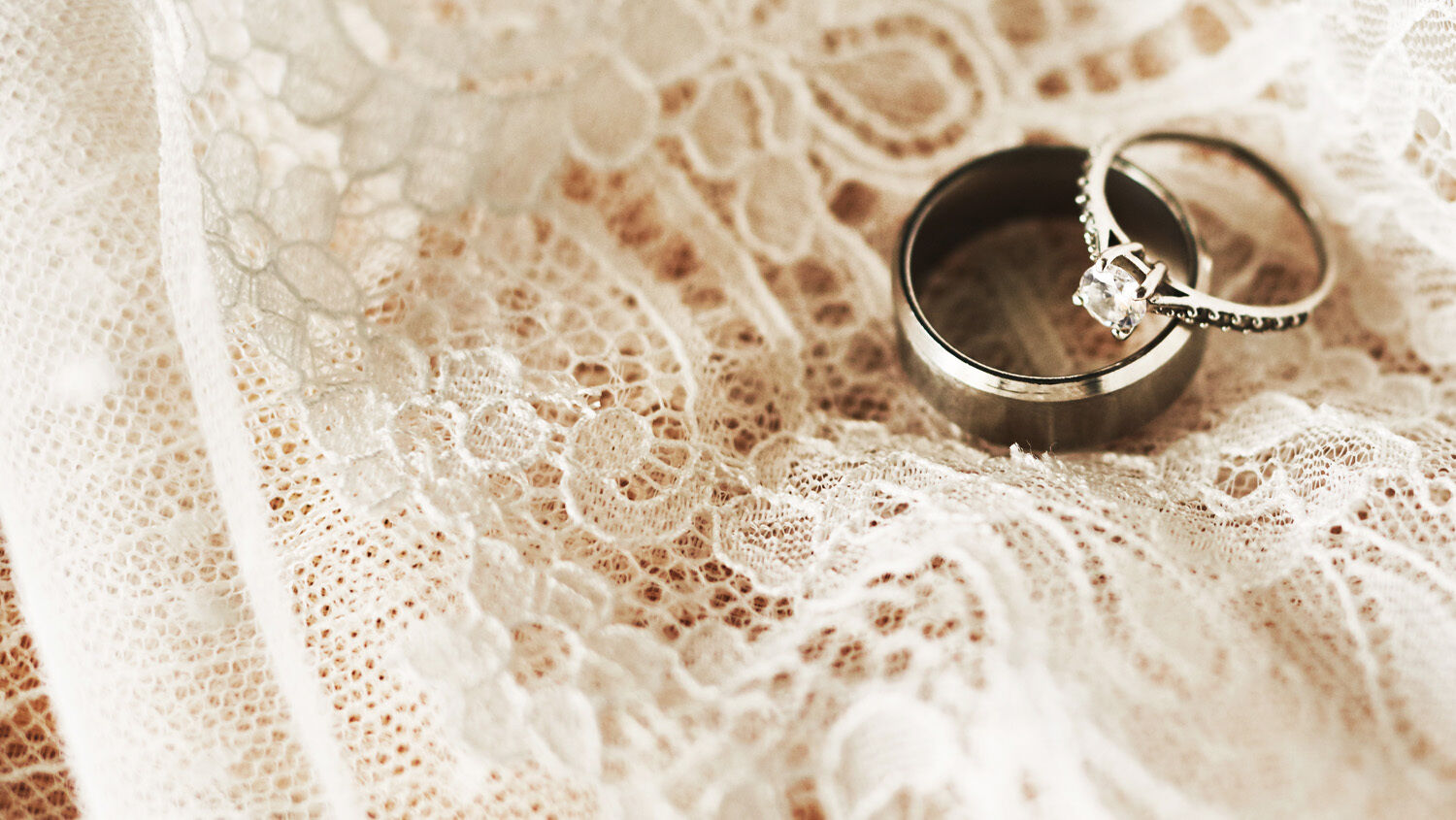 Redefining this pillar institution is part of rewriting foundational morality.

Marriage has been a pillar institution for all of human history. Yet governments in the United States and a few other nations are redefining marriage by enshrining in their laws the notion that homosexual relationships can be marriages.

Yesterday, the United States Senate passed the Respect for Marriage Act with 61 yeas to 36 nays. The yeas included 12 Republican senators who ignored vehement objections from their conservative constituents. The House of Representatives is expected to pass it speedily, before control passes to Republicans in January.

Celebrating same-sex unions is now mainstream in America, and legally enforcing them is rapidly becoming the law of the land.

This bill requires the federal government, and any “person acting under color of state law,” to fully recognize same-sex unions. It opens the way for legal action against anyone with religious objections who won’t comply. Even if every single voter in a state opposed homosexual unions, they would be required to accept homosexuals as “married” if another state recognized their wedding. If you own a private company and refuse to endorse these unions, you can be treated like a criminal. Proposed amendments to protect the rights of people or organizations to act according to their religious beliefs or their conscience were rejected.

This is as blatant a rejection of biblical or even traditional morality as has ever been promoted in the American republic. Those who believe this will strengthen the nation, and those who think this doesn’t really matter, are grievously, dangerously wrong.

America is actively dismantling the biblical, universal, enduring definition not just of marriage, but of morality, that has informed the nation from its founding.

What is sin? You don’t hear this word these days—but the reality is, an astonishingly strict moral code is enforced in America today. Elon Musk, for example, is learning just how strict it is: The electric-car guru and one-time darling of the left is now being savagely attacked for upholding free speech rather than enforcing “woke” censorship codes. Today’s moralists demand that everyone ignore election fraud, comply with official covid orthodoxy, and renounce Donald Trump. They command compliance on sexual norms, gender roles and definitions, racism, multiculturalism and many more aspects of our lives, and they enforce it with religious fervor. Their moral code—though fluid and self-contradictory—is stringent and unforgiving. All forms of noncompliance are condemned—especially those commanded by God Himself.

God has strong opinions about marriage. He authored it. He defined it. Lawmakers presumptuously redefining marriage is but one instance of their broad efforts to wrest from God the authority to define what is sin.

Reporting on the Senate’s vote, Axios wrote approvingly: “In an era of polarization and partisan conflict, this is a rare bipartisan vote at the heart of America’s culture war.” Yes, this is what divided lawmakers can agree on in today’s America: casting aside tradition and Scripture, trampling religious liberty, and promoting homosexuality—which God calls sin—as virtuous.

This takes breathtaking arrogance and hubris. But these lawmakers—61 to 36, nearly 2 to 1—wouldn’t be surrendering to the radical minority that has been pushing for this revolutionary transformation if not for a complacent, amoral public.

Gallup reported last year, “Record-High 70% in U.S. Support Same-Sex Marriage.” Even a majority of Republicans now say the law should recognize these unions. When the polling firm first asked the question just 26 years ago, only 27 percent of the public approved. That was when Democrat President Bill Clinton signed the Defense of Marriage Act, which denied same-sex marriages federal recognition.

For public opinion on this issue to almost completely invert in less than a single generation is stunning.

For Republicans to now be reversing legal protections for marriage codified by Democrats just four presidencies ago highlights a precipitous moral collapse.

Until a few generations ago, the concept of marriage and family was taken for granted—generally accepted as desirable—as the basic means of rearing responsible children and producing a stable society. Westerners in particular agreed on the essential outlines: Marriage is a lifelong commitment; divorce is unacceptable; sexual fidelity is prudent, if not essential; children should obey their parents. Most of these conventions trace directly back to the model for marriage outlined in the Bible.

However, even as people followed that outline, with varying degrees of integrity, the deep understanding of why marriage remained a mystery.

The 20th-century Western world increasingly saw every marriage-related assumption challenged: the role of husband as guide and provider; the role of wife as helpmate and homemaker; the importance of abstaining from sex outside of marriage; the authority of parents over their children. As these ideas were contested, a negative cycle began. Rejecting the biblical marriage model produced more bad marriages. These bad marriages fueled critics’ arguments against the fundamental nature of marriage. The result was a general, misguided dissatisfaction with marriage itself and an inevitable lack of appreciation for and understanding of the institution.

Today, society-wide immorality, pornography, premarital sex, adultery, upside-down families and no-fault divorce laws have turned marriage into an almost pitifully inconsequential arrangement. Sixty-two percent of Americans view divorce as a “morally acceptable” way to escape an inconvenient union. Not only have we accepted the plague of divorce—but many now see it as the morally right thing to do in several circumstances. Those marriages that remain intact often suffer from other curses, like infidelity and role confusion.

In times past, the case that marriage stabilized society was easier to make. Now, marriages are so far from the biblical pattern that they do much less to prop up society. Those who truly follow that pattern are so rare (and the general view of family has degenerated far enough) that they are simply no longer considered a realistic exemplar. A responsible, authoritative man who leads his family in love, supported and deeply respected by an industrious woman who keeps the home, and both parents rearing their children to be happy, polite and obedient—this scenario, rather than being held up as an ideal, is considered so impossible as to be laughable. The very concept is scorned and mocked.

Some even go further and say that the traditional ideal for family is not only unrealistic, but harmful—that its very structure is a type of slavery for the wife and oppression for the children. Unhappy families, broken homes and illegitimate children are so overwhelmingly common that it is regarded as insensitive to suggest that such individuals are in any way disadvantaged.

Over a remarkably short period, society as a whole—rather than accepting the notion that it is falling short somehow, rather than striving harder to measure up to the biblical standard—simply changed the standard. The virtually unanimous failure to follow the scriptural pattern for familial success has resulted in a redefinition of the ideals for marriage and family.

It shouldn’t surprise us that, as an outgrowth of this redefinition, the very idea of marriage involving one man and one woman has come into dispute.

Considering everything that society (including “conservatives”) has done to the sanctity of marriage—accepting fornication, out-of-wedlock births, abortions on demand, adultery, no-fault divorce, feminist role reversals, deadbeat dads and working moms—the acceptance now of same-sex unions is simply one more step down this path. It is far more an effect of family degeneration than a cause of it—though it certainly will contribute to further degeneration.

Look at the wreckage in our family landscape today: alienated spouses, broken homes, serial cohabitation, sexually transmitted diseases, rampant abortion, children estranged even from the parents they do happen to live with. It is a confused, frustrated, bitter and unhappy scene. Marriage and childbirth rates are dropping because more and more people simply don’t want the hassles of marriage and family. The path to a happy, fulfilling family life seems elusive, impossible. What should be one of life’s greatest blessings is increasingly a curse.

Why is this? Fundamentally it is because we have been increasingly running our marriages and families according to our own ideas and based on our own assumptions—and have a lot of anguish to show for it. Many people have concluded that the problem is inherent in marriage itself! Meanwhile, advocates of same-sex “marriage” are picking up the broken shards of what marriage represents and gluing them together in a different way. They assume they know what it is about and how to make it work.

Considering our failures, surely some humility is in order.

Rather than accelerating in our current course and going further in redefining this utterly special and unique institution—and arrogantly assuming this will improve the situation—we really ought to stop and make sure we understand what we are dealing with.

If we step back and look objectively at the big picture, an important truth emerges: All of the problems associated with marriage and family today stem from our departure from the biblical model. The further we stray from that model, the greater the heartache and brokenness in our fractured family life.

Of course, you can only recognize the factuality of that statement if you truly understand the biblical model. And society does not. Truly, the rise in support for same-sex “marriage” reveals a deep lack of understanding of virtually every fundamental purpose for marriage revealed in Scripture. And the cultural embrace of homosexuality is a direct result of our rejection of traditional marriage. And our rejection of traditional marriage traces back to our abandoning the Bible’s wisdom.

Advocates of same-sex unions are ignorant of how marriage even came to exist. They ignore God’s wisdom in creating humans to reproduce through male-female sex, which He safeguarded within marriage so every child would grow up with strong male and female role models: his father and mother. They have no idea of the profound, inspiring purpose for which God created marriage and family in the first place.

If you want to learn these purposes, read Why Marriage—Soon Obsolete?, by Herbert W. Armstrong. And order a free copy of our booklet Redefining Family.