The hidden reason why Germany is trusting another authoritarian regime 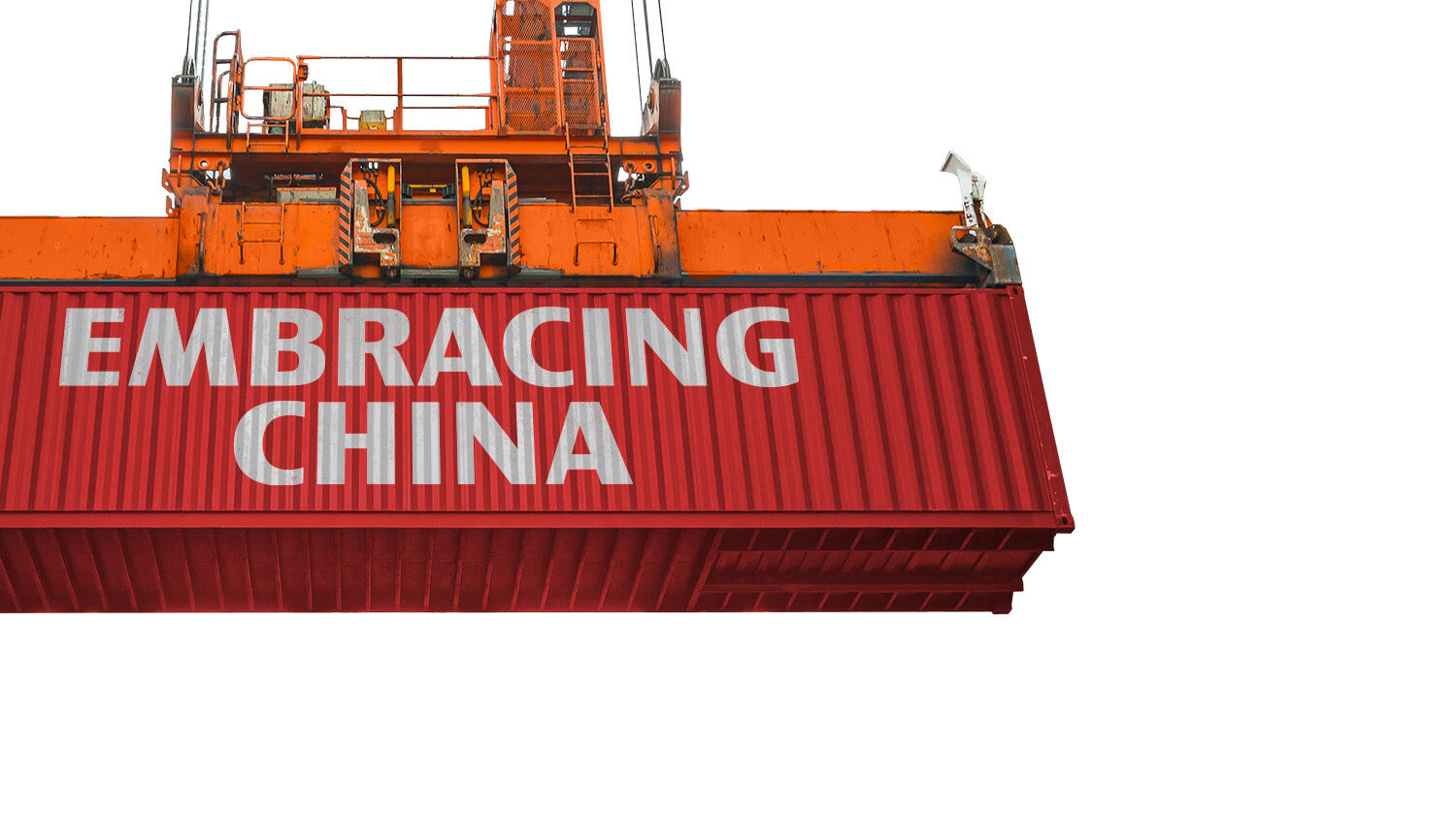 The hidden reason why Germany is trusting another authoritarian regime

Germany signed a pact with the devil and got burned. That’s the way many view Germany’s Nord Stream pipeline with Russia. It wanted cheap gas, built a couple of pipelines to Russia, and shackled its economy to Russia’s. Then Russia invaded Ukraine. Suddenly, doing business with Russia became a major risk. This left Germany with a lot of egg on its face and a lot less money in its pockets.

Did Germany learn from this experience? It’s a good question, because now Germany is doing the same thing again—signing major infrastructure deals that fundamentally tie its economy with an authoritarian regime. This time, it is doing so with China.

Viewed purely through economics, it seems crazy that Germany would make the same mistake again.

But this isn’t just economics. The new deal with China reveals a deliberate strategy to shift Germany away from the United States and into the arms of America’s enemies.

To visit so soon after that stunning announcement sent a clear message that Germany doesn’t care about China’s internal affairs; they will do business regardless.

Before the visit, Scholz sent China a gift to ensure he received a warm reception: He handed Chinese government-owned shipping giant cosco a major stake in Germany’s largest port (and Europe’s third-largest)—Hamburg.

cosco already owns stakes in Europe’s two largest ports: Rotterdam and Antwerp. The Chinese company also controls the port of Piraeus and is developing a major rail freight terminal at Duisburg in Germany, near both the Ruhr and Rhine rivers, to boost overland trade between Europe and China.

covid-19 exposed how critical global supply chains are. Delays at ports can rapidly snowball into economic crises. In March 2021, the consequences of one ship getting stuck in the Suez Canal reverberated around the world. Yet Europe is handing the keys to its ports over to China.

Scholz’s overtures to Beijing are causing him serious political problems. European Union leaders urged him not to. This move is unpopular with the German public. It risks bringing down Scholz’s own government: Both of his coalition partners are against it. The Foreign Ministry was incensed by the deal. Bild, Germany’s largest newspaper, pleaded for the government to block it.

Yet Scholz overruled everybody and approved China’s purchase of a 24.9 percent stake in a company that runs the three main terminals in Hamburg’s port. His one concession was to cut the stake down from 35 percent, which means cosco no longer has a controlling stake. In reality, though, this is merely a delay for China. It will start a bit smaller and get a bigger stake later.

Why risk so much and put such trust in China?

A clue can be discerned from the people Scholz took with him to China: the ceos of Seimens, Volkswagen and basf, as well as the president of the Confederation of German Industries.

“Exports are the lifeblood of the German economy, and its large manufacturing and chemicals firms have serious influence over German policymaking,” wrote Geopolitical Futures. “They also aren’t shy about using it.”

German businesses are pushing the nation into a risky deal with China. They have done this before.

Former German Chancellor Angela Merkel approved the Nord Stream 2 pipeline deal with Russia. She reportedly told former Polish Prime Minister Donald Tusk that though she believed it was a mistake, she was “helpless” in the face of pressure from German businesses.

After these comments, Trumpet editor in chief Gerald Flurry wrote, “On this issue, German business leaders had enough power to overrule the chancellor! The people may vote for one thing, but if business leaders want something else, they win.”

There is more behind these business leaders’ decisions than profit. What is motivating them? The Nord Stream pipeline proved that doing deals with aggressive autocracies like Russia can land you with massive losses, and many German businesses got burned. Yet the same companies are charging forward into a deal with China. Why are they pushing the country into bed with dictators?

This situation brings to mind an intelligence document that the U.S. declassified in 1996. Known as the Red House Report, it details a 1944 meeting between senior Nazis and German industrialists. It states that the industrialists were told that they “must realize that the war cannot be won” and instead they must prepare “for a postwar commercial campaign.” They “must also prepare themselves to finance the Nazi Party, which would be forced to go underground ….”

Today this document is ignored—viewed as a failed plot, if it is viewed at all.

But many of the businesses present at that meeting are the same businesses that recently pushed Germany into deals with Russia! Volkswagen stands out as prominently pro-Russia. Siemens has developed a close relationship with the Kremlin and its ceo is a cheerleader for Putin. Even in the last few months, basf ceo Martin Brudermüller has campaigned against sanctions on Russia—and its parent company, IG Farben, was a key player in Nazi Germany.

German businesses that promised to resurrect the Nazi spirit in Germany are now working to pry the nation free from its alliance with the United States and align it with America’s enemies.

It is not just the minutes of the 1944 meeting that warn us to watch for Germany rising again. Bible prophecy does too. In fact, it foretells that Germany will rise up as America’s most formidable enemy!

In 1945, Herbert W. Armstrong forecast that Germany would bounce back from the destruction of World War ii and rise again as a leading part of a European union. A key reason he could make this accurate forecast is because of what the Bible says in Revelation 17.

This chapter prophesies of a “beast”—an empire, in biblical symbolism—that repeatedly rises up and conquers, and then disappears. Verse 8 states that this empire rises out of the “bottomless pit”—a better translation is “underground.” This prophecy also warns that an empire with the same spirit of Nazi Germany would rise up once more.

But for a German empire to reemerge and dominate Europe today, it would need to clear a significant hurdle: It must first drive out the United States.

The best way to do this would be in alliance with other American adversaries. This is exactly what German businesses are doing.

And this strategy is also prophesied.

Isaiah 23:3 talks about these powers forming a “mart of nations.” The chapter describes “merchants” who “pass over the sea” (verse 2). It discusses “great waters,” or oceans (verse 3), as well as merchants and “traffickers” who are so rich they are like “princes” and “the honourable of the earth” (verse 8). The Bible describes “Chittim,” a biblical name for China, as a major member of this new economic system. Ezekiel 27 gives a parallel account. It adds that Tubal and Meshech—ancient names for the people of Russia—will also be a part of this market. These three powers will be key members of the new world economic system.

There is no place for Britain and America in such an alliance.

Mr. Flurry explains in Isaiah’s End-Time Vision, “With a German-led Europe … possessing great maritime power, North America will be surrounded on the east by Europe and the south by Latin America. The Bible contains many prophecies of that European power attacking America—and many other prophecies of America being besieged.

“That is where China and the giants of Asia enter the picture. When the Holy Roman Empire attacks North America, there will be no help or sympathy from Asia. In fact, considering that China has come to possess most of the world’s strategic sea gates (which, ironically, at one time were held by Britain and America), we believe there may be a brief alliance between the German-led Holy Roman Empire and certain Asian powers (Russia, China, Japan—the kings of the east). Should Europe, the resurrected Holy Roman Empire, find a way to take advantage—even for a moment—of key resources and strategic holdings of China, Russia and Japan, it would have more than enough power to besiege the Anglo-Saxon nations and enslave them.

“This is why Isaiah’s prophecy of an end-time ‘mart of nations’ that includes both European and Asian powers is so intriguing. And why the trend of collusion between these two great economic blocs is worth watching.”

German businesses are helping to build this mart before your eyes.